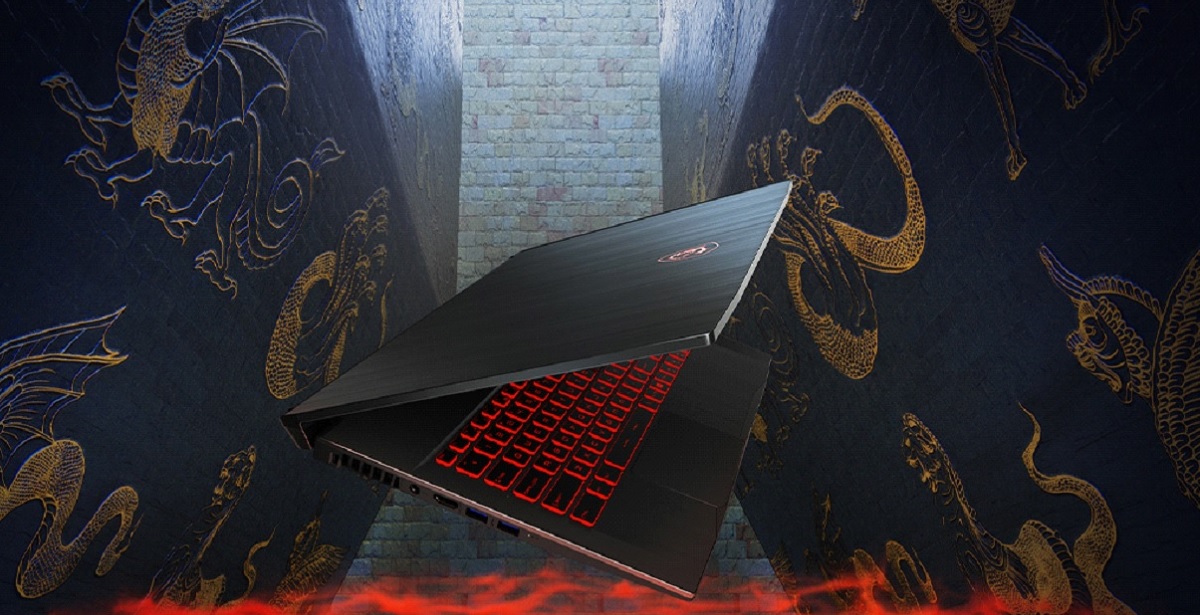 MSI have announced a brand new range of laptops at an extremely flashy MSIology virtual event. The virtual event can be viewed at the YouTube link below:

MSI announced the new range of laptops with a dramatic introduction to Babylonian mythology that mentioned the dragon, Tiamat. Worldwide Sales and Marketing Director of MSI Notebook Department, Derek Chen introduced the new laptop stating "Dragon Spirit has always been the core of our brand. And today, we will take you back to Babylonian mythology, and the origin of one of the most famous dragons, Tiamat."

This legendary dragon is featured on their brand new GE76 Raider Dragon Edition Tiamat. The new GE76 is quite beastly packing up to the latest Intel Core i9-10980HK processor along with an Nvidia GeForce RTX 3080 and up to 64GB of DDR4-3200 Mhz RAM. 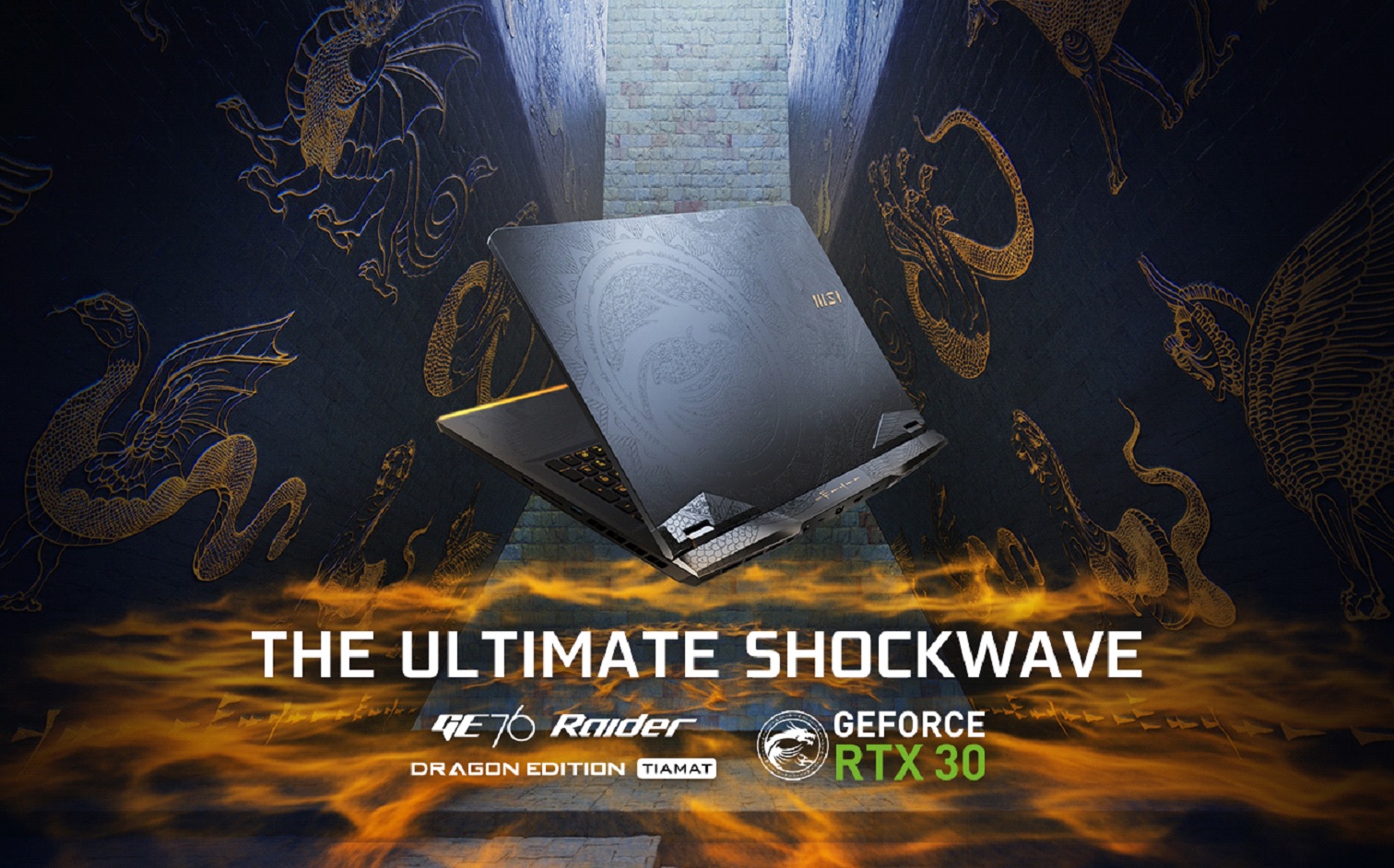 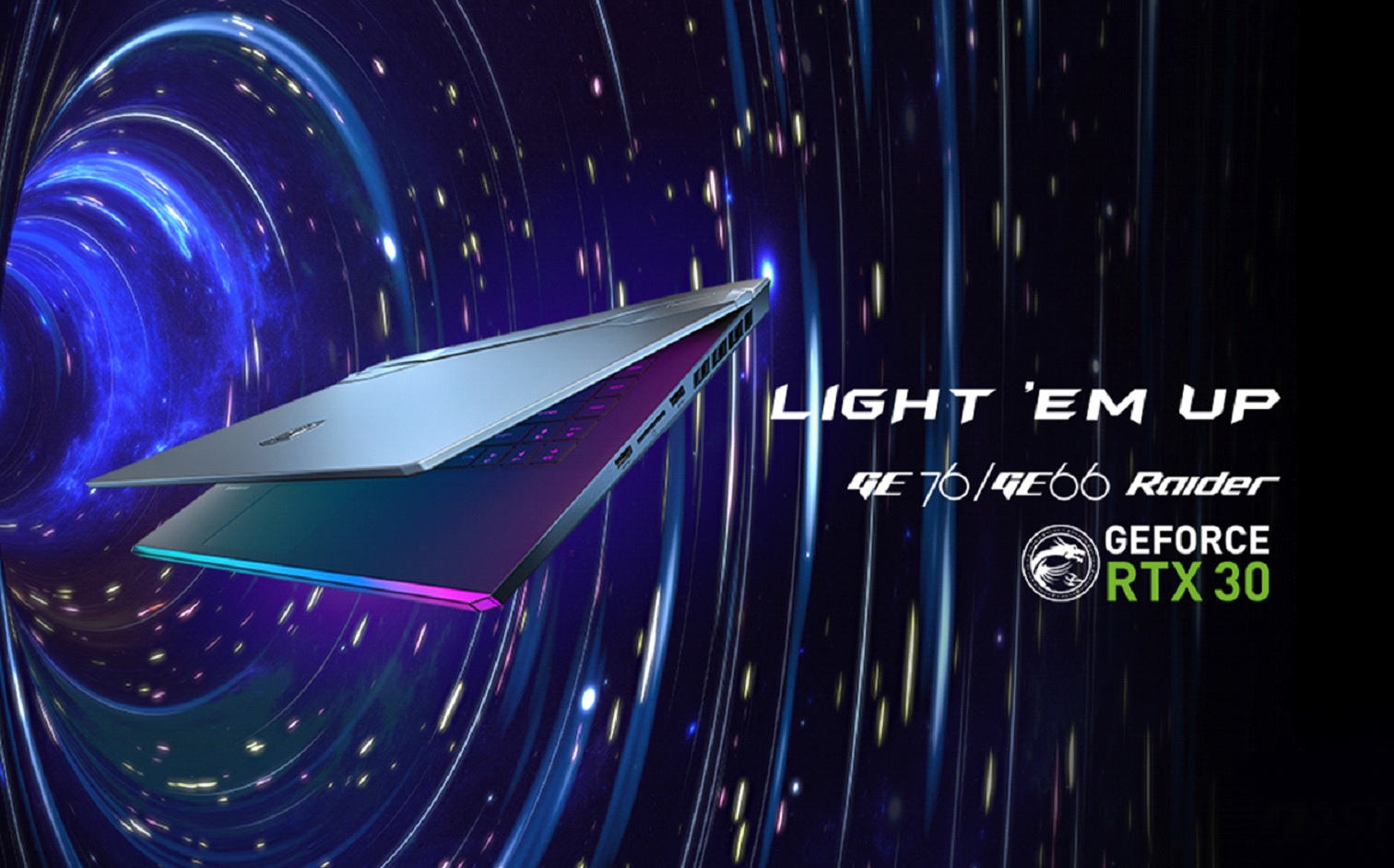 The GE66 which I reviewed last year has also been updated to now feature an RTX 3070 in its available configurations.

"The untold story and divine beasts are now engraved on the chassis of the GE76 Raider Dragon Edition Tiamat, which symbolizes the infinite power! Like the legendary series of the GE76 and GE66 Raider, the GE series not only has a flashy design with Mystic Light, it also has the best performance you can obtain from a gaming laptop. It is equipped with up to the latest NVIDIA® GeForce RTX™ 3080 graphics, Intel® Core™ i9 Processors and introduces the latest Wi-Fi 6E, which is the first in the industry, to help laptops take advantage of the additional connectivity. To assure the gaming passion won’t overheat, the GE series are also outfitted with MSI Cooler Boost 5, consisting of 6 heat pipes with 2 fans, driving more airflow to quickly cool the laptop down. With the GE Raider series, users can masterfully handle all triple-A games."

Next up was the GS66 Stealth. This is MSI’s relatively low-profile designed laptop that can blend into business meetings while still packing an immense punch thanks to the processor and GPU it contains.

“Outfitted with the latest GeForce RTX™ 30 series, the graphic’s DLSS AI rendering technology enables gamers to play at a stunning 4K, ray tracing and a boost over 60 FPS for the most realistic gaming vibes. GS66 also reveals the true computing powered by Intel's latest processor up to 8 cores for better performance. 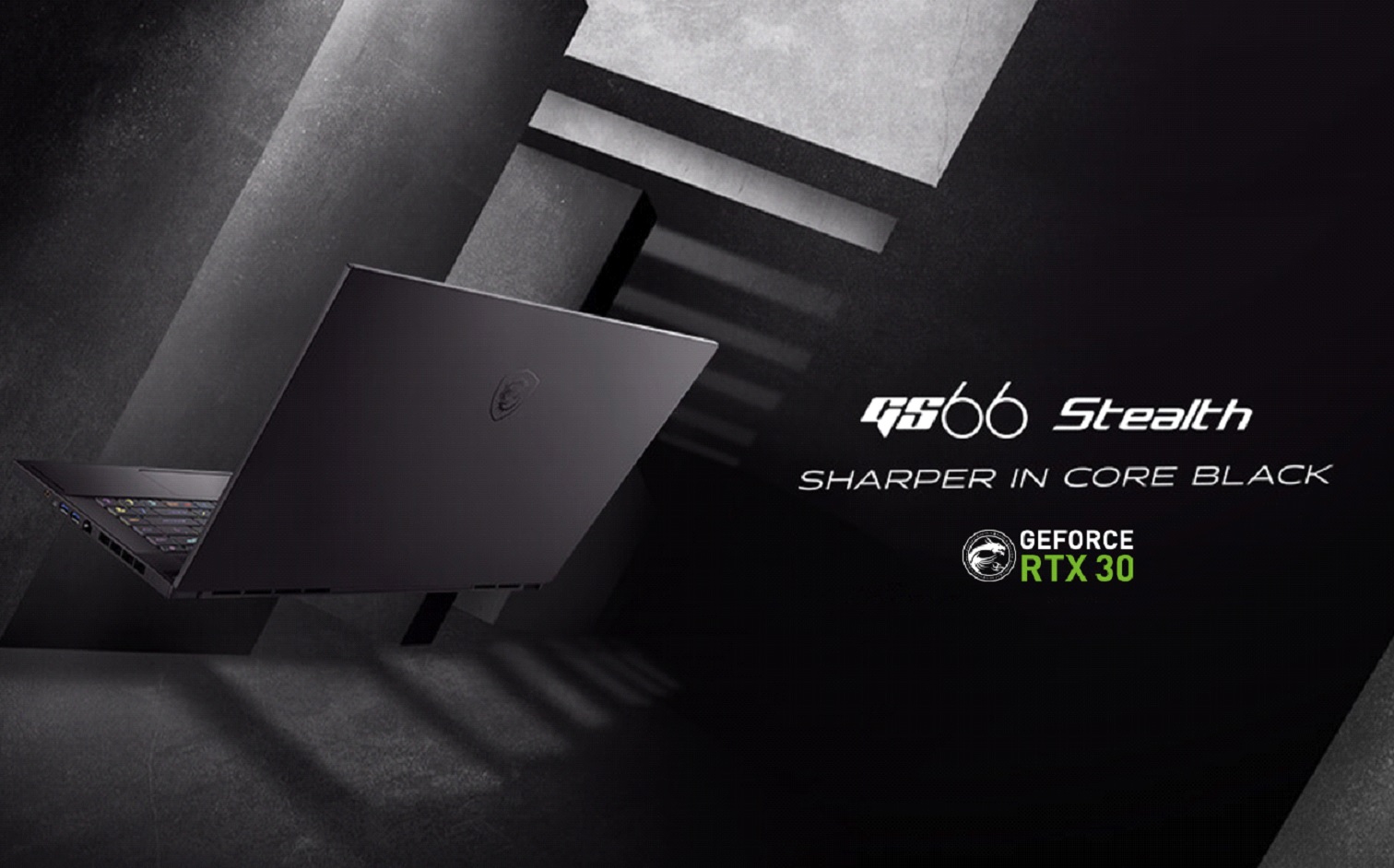 MSI then showcased their new GP66 and GP76 Leopard laptops. These two are built for everyday work as well as the heavily demanding jobs of engineers. They are sporting a new chassis and both laptops can be equipped with up to GeForce RTX 3080 graphics cards with the latest Intel i7 10th generation processors. MSI have also revamped the I/O on this range to now feature more ports on the back of the laptop rather than the side so as to prevent any cables from causing issues when using the laptop. Interestingly the laptops support up to 8K display output which will be highly appreciated by designers and engineers alike. 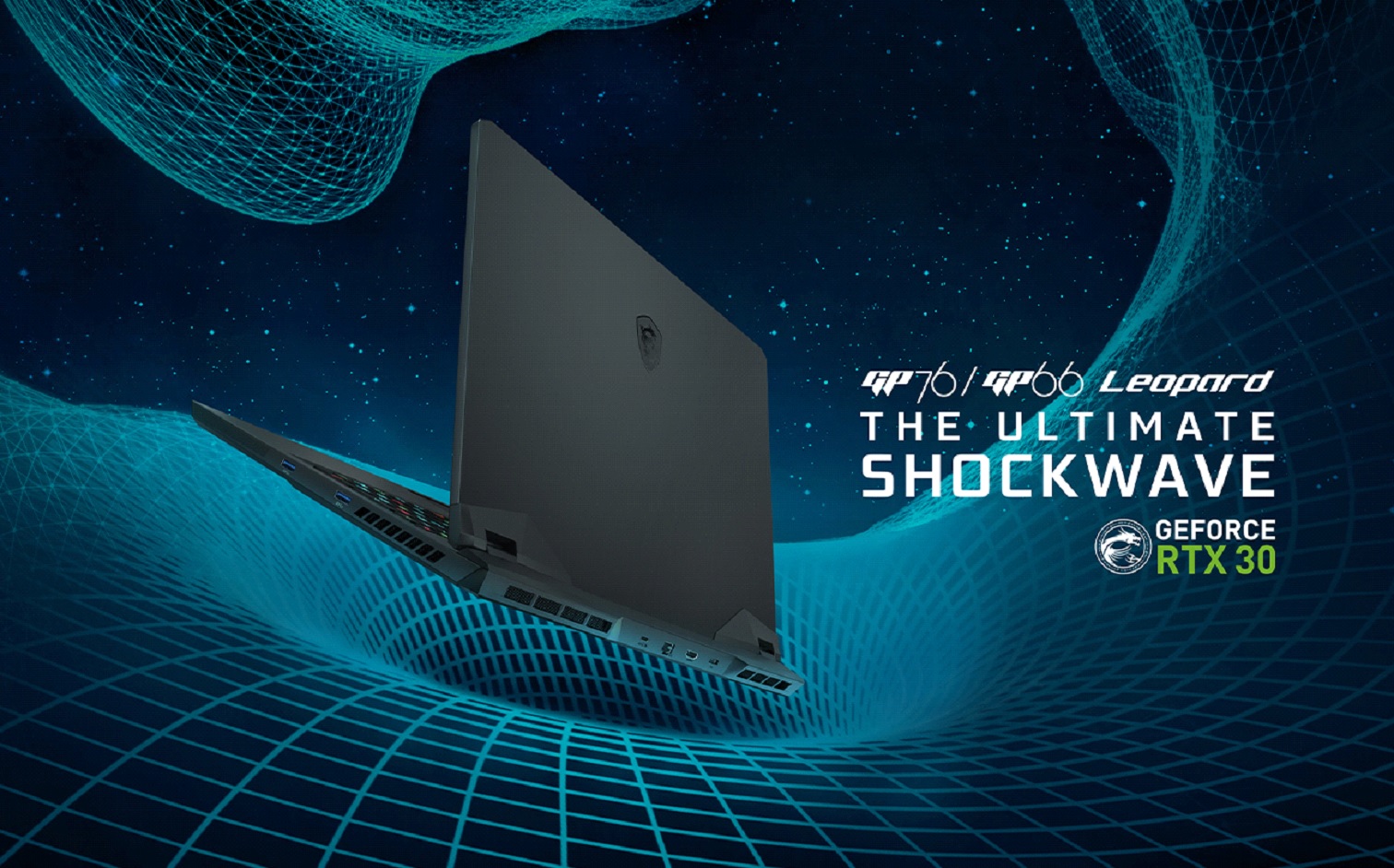 Next up was MSI’s Stealth 15M. A brand new product that is described as follows:

"Stealth 15M—an ultraportable laptop that is stealthy and inspired by the urban style. Weighing only 1.7kg, and with a thickness of 16.15mm, yet sleek machine still manages to show off powerful computational ability. It’s the world’s first gaming laptop powered by 11th Gen Intel H series processors up to 5 GHz, together with GeForce RTX™ 30 series graphics. Stealth 15 allows gamers and young professionals to speed through games and daily tasks with efficiency." 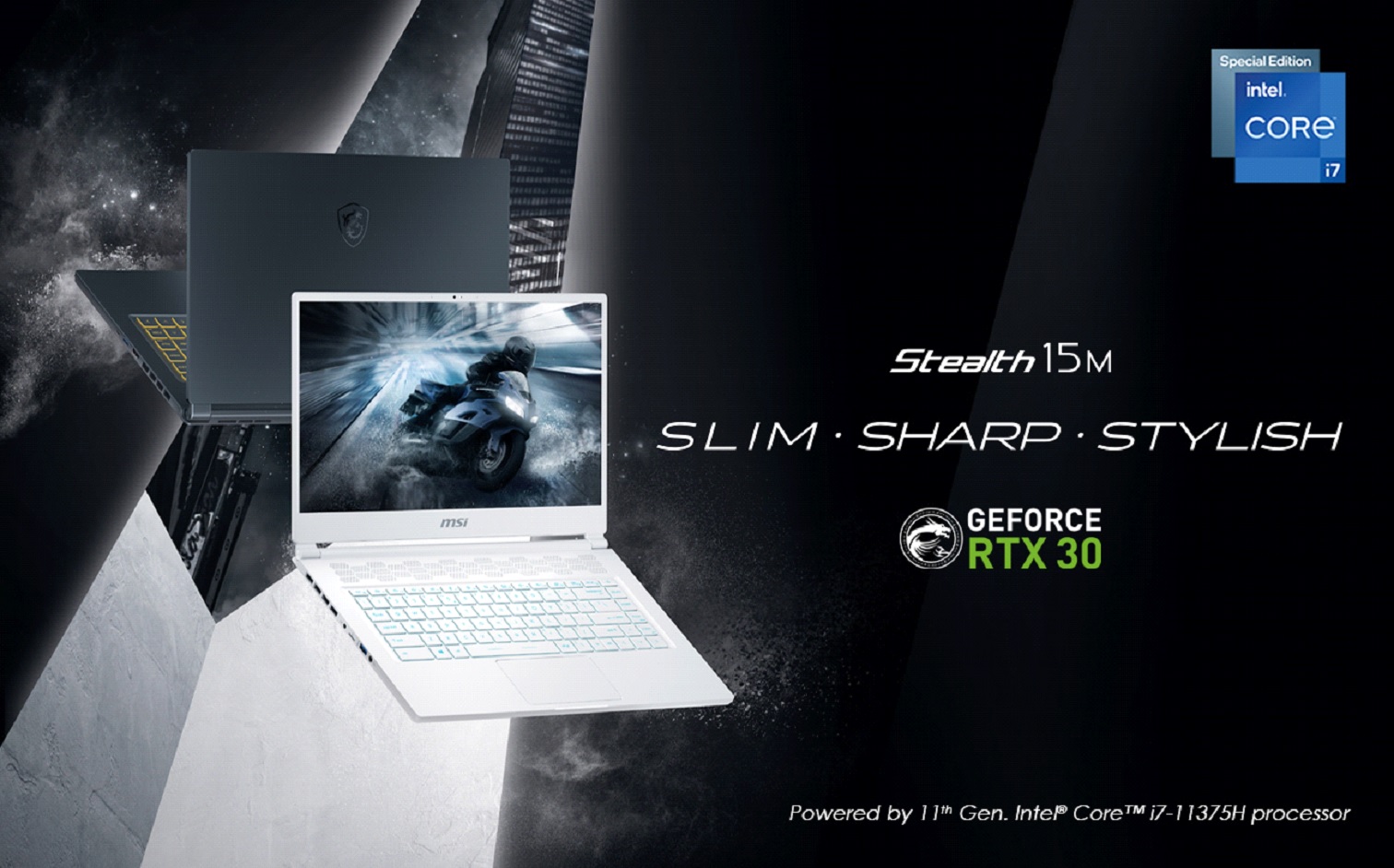 MSI’s staple GF range also got an update with the new GF75 and 65 Thin series being updated to pack GeForce RTX 30 series graphics and up to Intel i7 10th Generation processors. 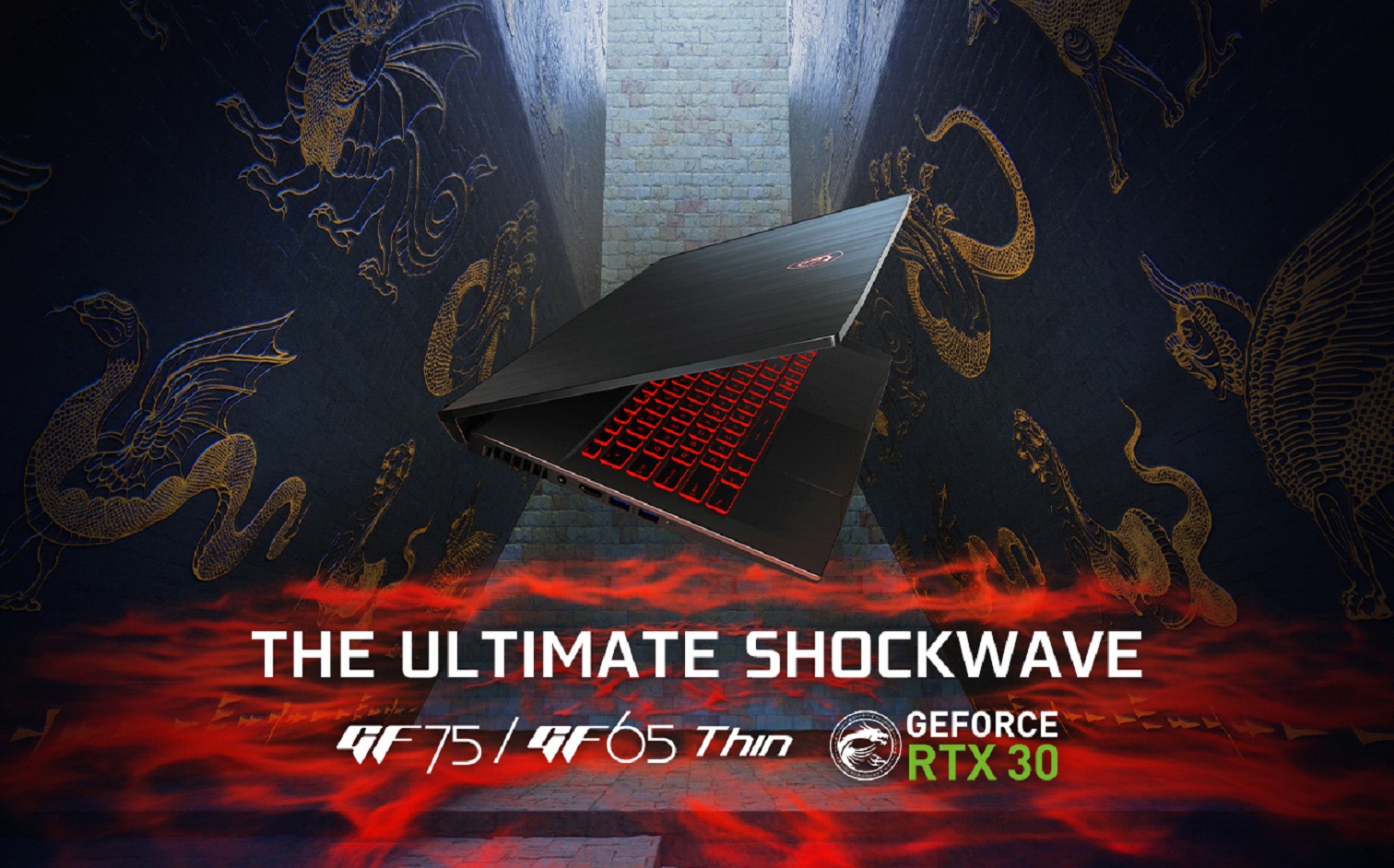 Lastly MSI showed off their Creator 15 all-rounder laptop with a True Pixel panel. 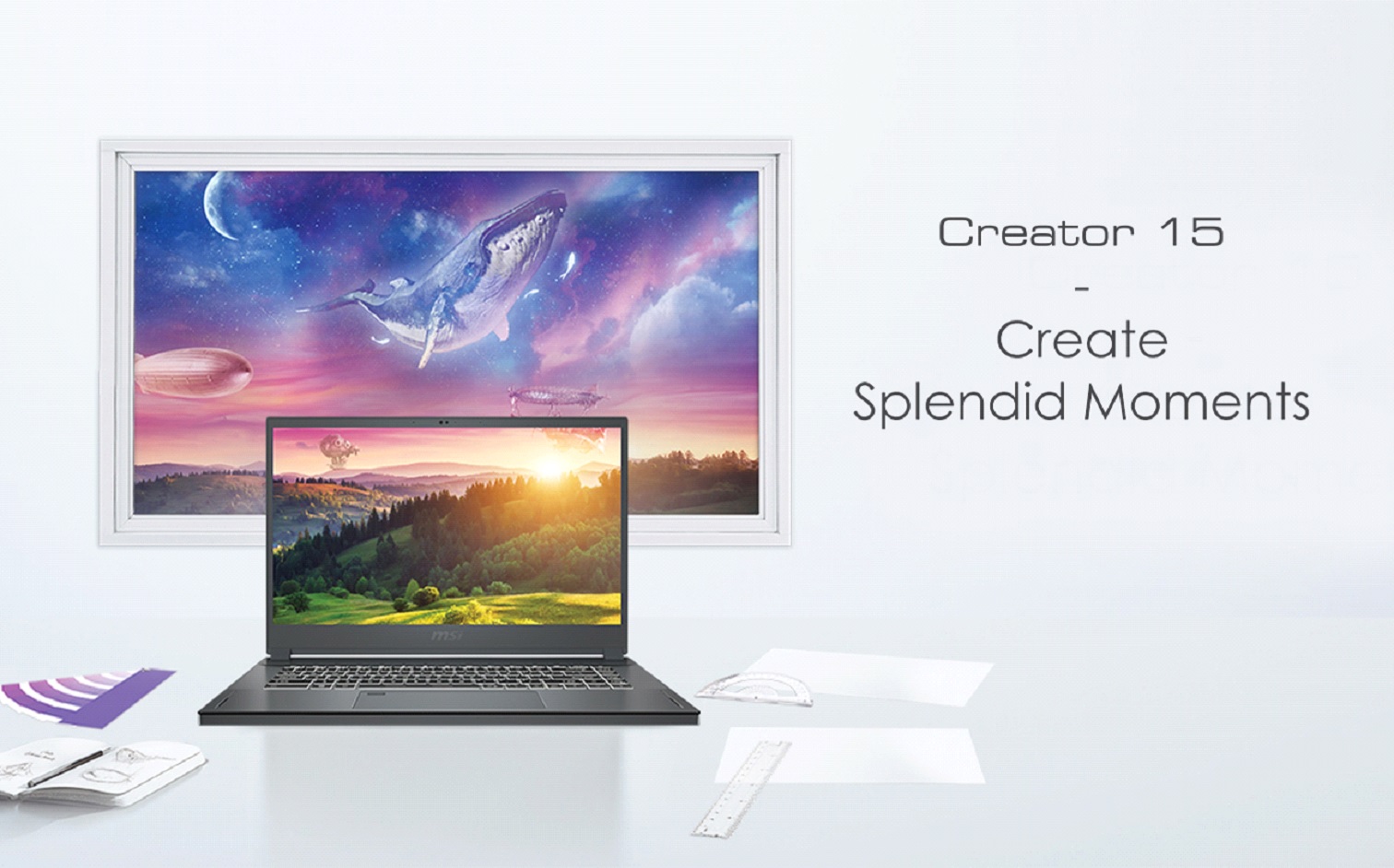 "MSI is also made for creators. MSI Creator 15 is an excellent all-around laptop, purposely built for the most demanding creations. The Creator 15 is guaranteed to provide the most true-to-life visual experience. It features an individually calibrated 4K True Pixel panel verified by Calman and a 100% AdobeRGB color gamut. Accelerated by RTX 30 graphics, the Creator 15 can considerably speed up the video and 3D animation rendering times. Additionally, the new touchscreen display provides easier navigation and an increase in productivity. The 99.9Wh battery capacity and lightweight design provides mobility for remote studios."

"2020 has changed the way people live and work, but that didn’t stop MSI from innovating the best and the most advanced products for the community. MSI, as powerful as Tiamat, with the true gaming DNA in vein, raises shockwaves when launching new products. Wave after wave, MSI propels the gaming experience to an extreme level, spurring the industry to boom!"

No local pricing was detailed but we’re expecting MSI South Africa to have more information available for us to share within the coming months. For more information (including laptop specifications) consumers are advised to visit MSI’s official website HERE.