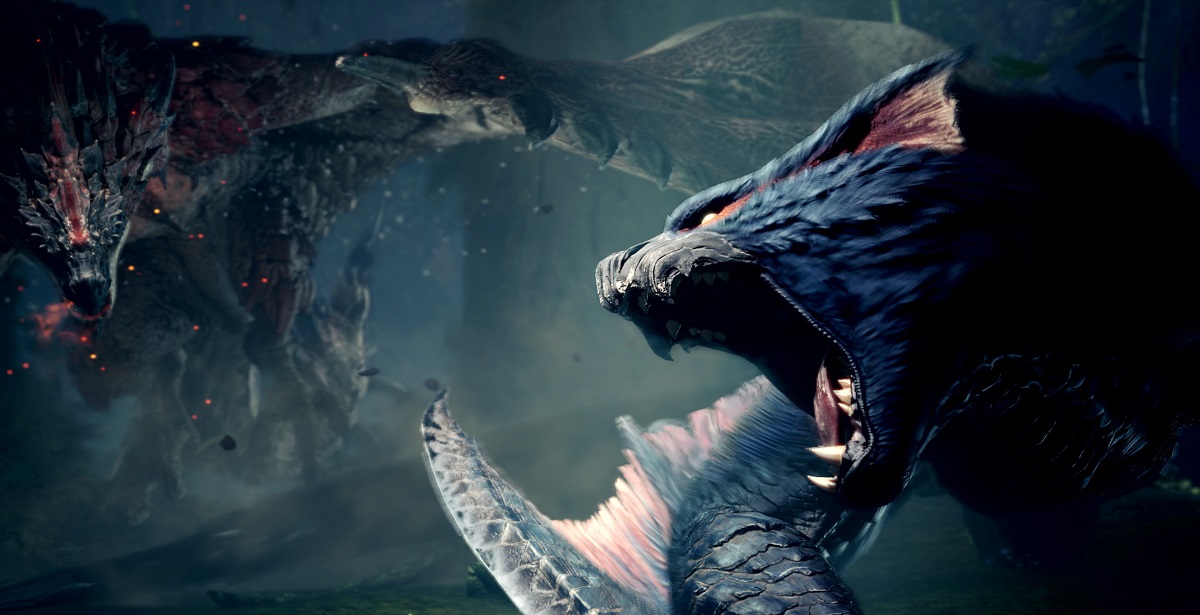 We're a couple of short days away from the arrival of the legendary Black Dragon, Fatalis, in Monster Hunter World: Iceborne's next major update. According to Capcom, this will also be the last major update for the game, with Fatalis being the final challenge hunters will face to conclude the Iceborne expansion and Monster Hunter World's post-launch plans. To celebrate the launch on Thursday, Capcom have released a new trailer showing the mighty Black Dragon in action, promising a world of pain for the uninitiated.

Monster Hunter World: Iceborne's title update 5 trailer presents a few new clips of Fatalis in action, taking place on the epic battle grounds of the ruined Castle Schrade, an iconic location for the Monster Hunter series. The imposing foe will dominate hunters with its immense size and power, being among the most powerful monsters in the series. In addition to the Fatalis battle arriving in the next free update, players will also get a chance to face off against the hardened version of Velkhana in her Arch-Tempered form. While Fatalis will be the last monster update, Capcom teased that more regular updates will happen to add Arch-Tempered monsters and new events later down the line.

Monster Hunter World and its major expansion, Iceborne, have become Capcom's best-selling title in the companies history. Many players were also introduced to the Monster Hunter series through World, extending the player base and promising a bright future ahead for the franchise on home consoles. Meanwhile, Capcom will also focus on the upcoming Nintendo Switch-exclusive Monster Hunter Rise, introducing new mechanics and monsters to the series as well. With Monster Hunter going full steam ahead in the gaming world, there's massive anticipation for what World's inevitable sequel on next-gen consoles will bring to the table.

Monster Hunter World: Iceborne is now available on PS4, Xbox One and PC.