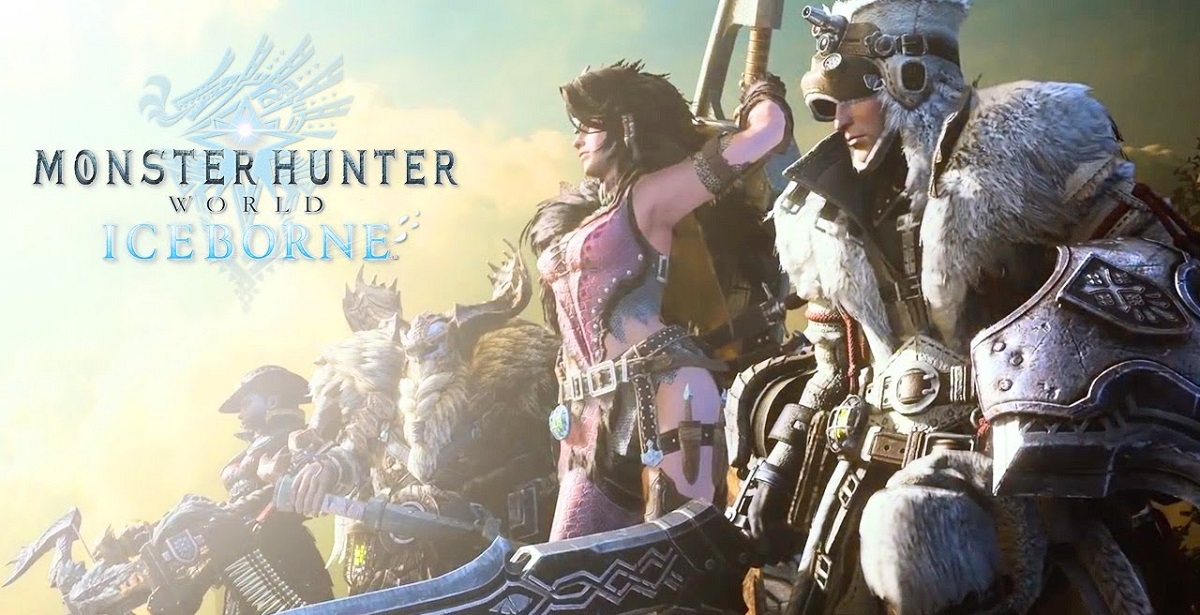 In a recent developers update for Monster Hunter: World, Capcom took a dive into the games first major expansion, Iceborne, which just received its first trailer a little while before at PlayStation's State of Play. Along with new gameplay details, Capcom also unveiled the new monsters that will be coming to the expansion, including the fan-favourite Nargacuga, and a new flagship monster, the terrifying ice elemental elder dragon, Velkhana.

- Iceborne features a completely new story, which takes place after the main game - though details were kept tight.
- A new rank will be introduced called Master Rank, and is equivalent to G-Rank, a step above High Rank.

- The location is a snow, polar stage called Hoarfrost Reach. The biggest characteristics of the area is the snow and extremely cold weather. Snow effects will be given plenty of detail, such as the way the hunter traverses the landscape and trudges through the thick snow.
- Special plants called hot peppers can keep you warm and stave off cold effects.
- Some familiar creatures roam the landscape, like Popo.
- Hoarfrost Reach will also include hot springs that will cure cold-related ailments. You can also bath with monkeys.
- You can't reach some areas in the beginning, but in the mid-point of the story, it will open up - and become the largest region ever put to a Monster Hunter game.

- A new monster, Banbaro, is a brute wyvern - an early Iceborne monster that likes to pick fights with other monsters.
- His defining characteristics are the huge horns on his head, which he will use to charge at the hunter. He will use the horns to hurl boulders and entire trees at you.

- Another new monster, Beotodus, is similar to Lavasioth. It's modeled after a shark. It buries itself in the deep snow and uses the thick snow to quickly maneuver around.
- It will attack you while submerged in the snow, so you will have to figure out how to get it out of the snow.
- Banbaro and Beotodus will fight a lot.

- Nargacuga, the flagship monster of Freedom Unite, will be located in the Ancient Forest.
- New attacks and movesets will be introduced in World, though no details were further given.

- The new flagship monster for Iceborne, Velkhana, is another elder dragon.
- It uses a combination of ice attacks and something else that Capcom teased, but will reveal more in the future.

- The Hunter Slinger will be usable while your weapon is drawn.
- The Clutch Claw allows you to grapple onto monsters (Dragon's Dogma style) and mount them quicker, but you'll also be able to control them.
- New combos and elements for all weapon types will be introduced.

Iceborne for PC will be made available in winter of 2019.

- Arch-Tempered Nergigante will arrive on May 11, 2019 for a limited time only. He will include new, swift attacks and be much tougher to take down. The gamma armour will be very powerful.
- PS4 will get a Nergigante dynamic theme, available now.

Monster Hunter World: Iceborne releases on September 6th, 2019 for PS4 and Xbox One.

Blaze
@Magius Seems like you might be getting drained out by these lengthy games? Playing stuff like MHW, RDR2, and Odyssey in succession is pretty taxing. I usually give those big games a couple of months breaks in between

Magius
@Blaze played up to 20 hours or so on release, probably less, and enjoyed what I played, but just the thought of another marathon game exhausted me. It's why I haven't played much RDR2 and only recently started Odyssey and am starting to feel burnt out at around the 20 hour mark. #FWP

Blaze
@Magius It's worth it at this point.

Magius
Maybe I should go back to this game...

vortex6671
Can't wait. I fear my immortal lance might not be up to scratch for these monsters.