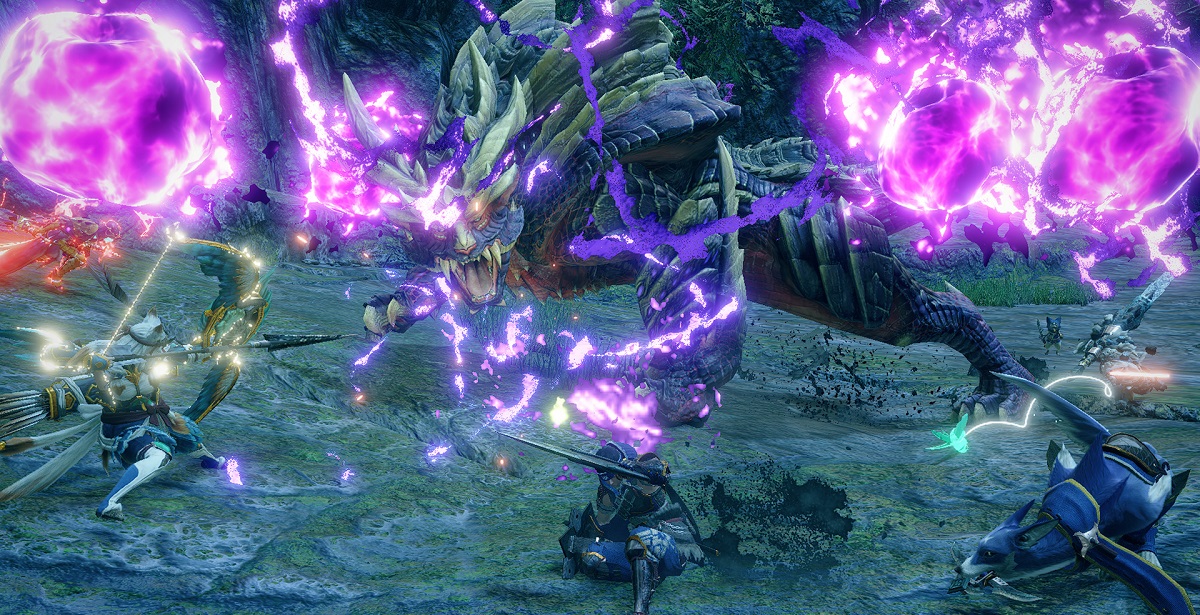 Inside the pack, there are 30 Mega Potions, 20 Well-done Steaks, 10 Large Barrel Bombs, 5 Mega Demondrugs, and 5 Mega Armorskins. In order to gain access to the pack, you will need to update the game. Once that is done, simply open Monster Hunter Rise and go see the Courier to collect the pack. 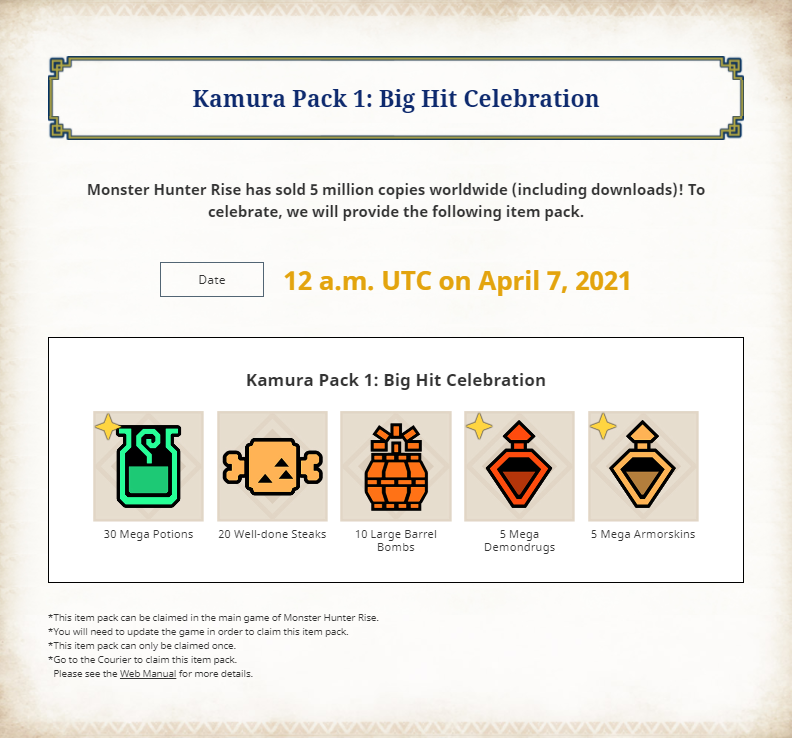 With the game continuing to make great sales, this probably won't be the last celebration pack for players. Those who are coming from Monster Hunter: World will be familiar with these packs, and it is always a welcomed addition. More resources mean more time to focus on hunting monsters.

PC players who are still waiting on the game's release aren't yet confirmed to receive the celebration pack, but Capcom may already have plans in motion for this. When [I] Monster Hunter: World[/i] released on PC, there was a mega-event that allowed players to catch up on everything that was missed on the console ports.

Monster Hunter Rise is now available on the Nintendo Switch, with a PC release scheduled in 2022.