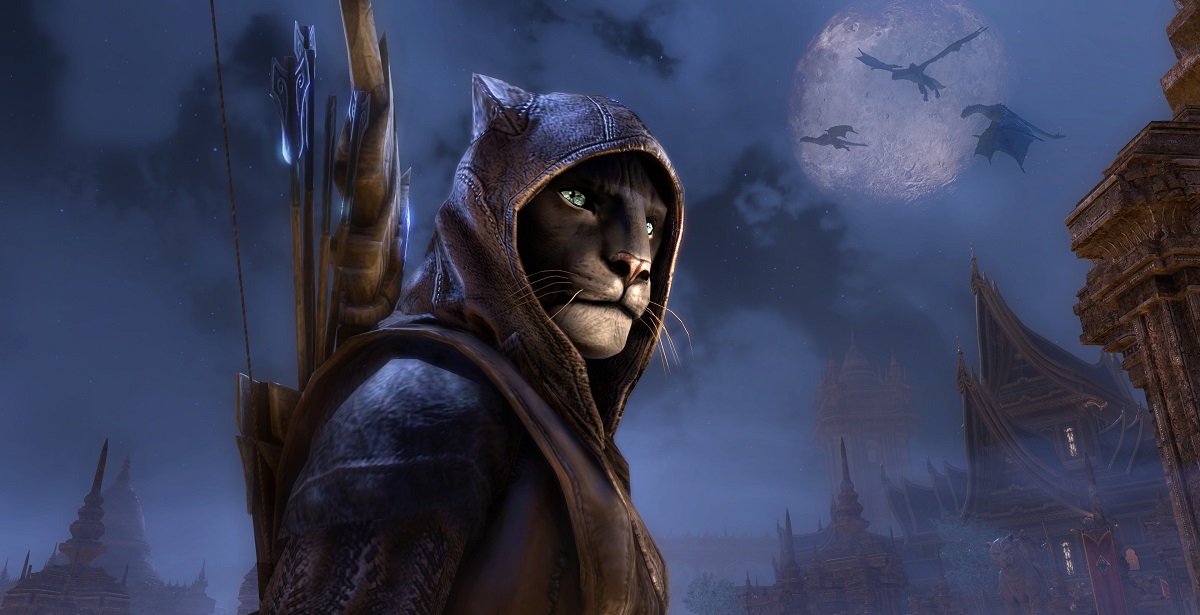 
ORIGINAL STORY: Microsoft's major studio acquisitions have been no secret leading up to the next generation of consoles, with the gaming giant buying up Obsidian Entertainment, Ninja Theory, and Playground Games, among many others. However, this latest development could put them in a major advantageous position if it's to be believed. According to Bloomberg's Jason Schreier, Microsoft is apparently looking to acquire Bethesda/Zenimax, which would give Xbox exclusivity rights to franchises like DOOM, Dishonored, Wolfenstein, and The Elder Scrolls.

Jason Schreier recently tweeted (full article on Bloomberg) that Microsoft is looking to acquire Bethesda/Zenimax at a hefty sum of $7.5 billion. This lines up with previous reports that Microsoft were investing a large sum of money into something not yet disclosed publicly. This doesn't come as a surprise either, as Microsoft - having an endless pool of money - have fostered a healthy working relationship with Bethesda in the past, previously unveiling most of Bethesda's games on their stage during major conferences. With both Obsidian Entertainment and Bethesda potentially under their belt, Xbox could be lining themselves up for quite a massive RPG domination next-gen. 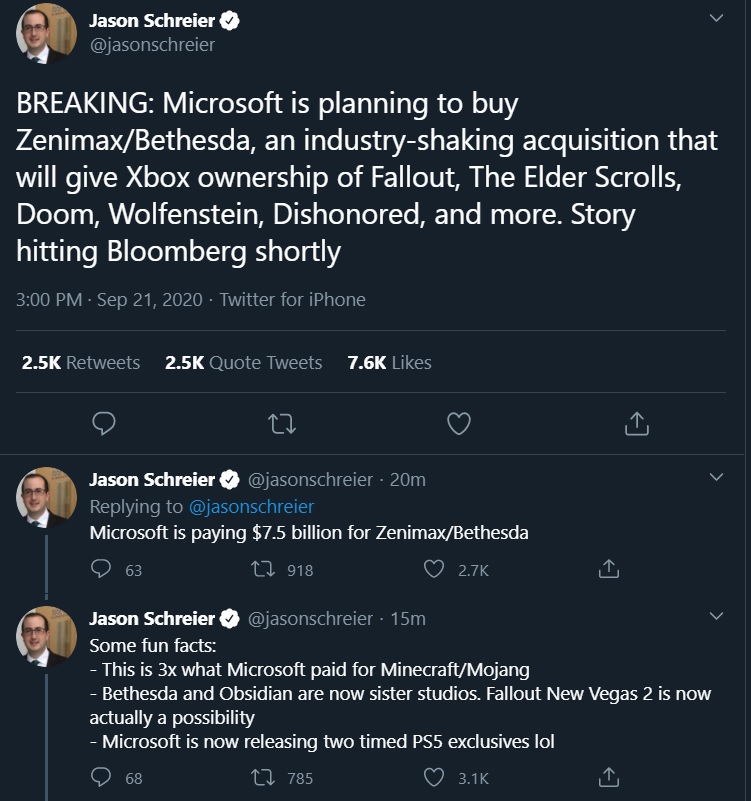 Schreier further elaborated on what this acquisition could possibly mean. Bethesda and Obsidian are now reportedly sister studios, making the likelihood of Fallout: New Vegas 2 an actual possibility. Additionally, if this acquisition actually happens, it means that Microsoft will be in charge of releasing two timed PS5 exclusives, Deathloop and Ghostwire: Tokyo (which is kind of hilarious if you think about it). However, this still just remains a report (albeit from a somewhat credible source), so take it with a grain of salt for now until we hear official confirmation from Xbox or Bethesda. Furthermore, if this does come to fruition, it's likely that both Starfield and The Elder Scrolls VI will also be Xbox and/or PC exclusives.

We will update this story when more information becomes available.

Llama_Duck
Nice on them!
One thing I would love to see is not just what this means for exclusives but what this does for some of these franchises. Doom Yes I get, and TES awesome for those who love the games. Wolfenstein's last game was not a fun one and Dishonored was ok, nothing breaking the bank.

It's like the complete opposite of 3rd party Devs on the Switch. Switch showed what it could do and now everyone wants to add, heck an RE engine build to dev on Switch. Now lets see what these guys come up with and if they will be moved to PS5 down the line with all the DLC's and stuff added

Micro/XBox is playing a long game... the new landscape is becoming interesting again...

Blaze
This is such a baller move by Xbox.

Lurch
@Bob - to the contrary. This might actually get them some money to go back to developing a pure single-player RPGs without going to MMO route. Also remember, TES: Morrowind on the original Xbox was a Bethesda/MS collaboration that convinced them to conitinue bringing their games to the X360/PS3 consoles and onwards.

Bob the Third
There goes the Morrowwind and Fallout series....

Lurch
But given their resurgeance lately (at least as a publisher of their acquired developers), this is massive given their portfolio.