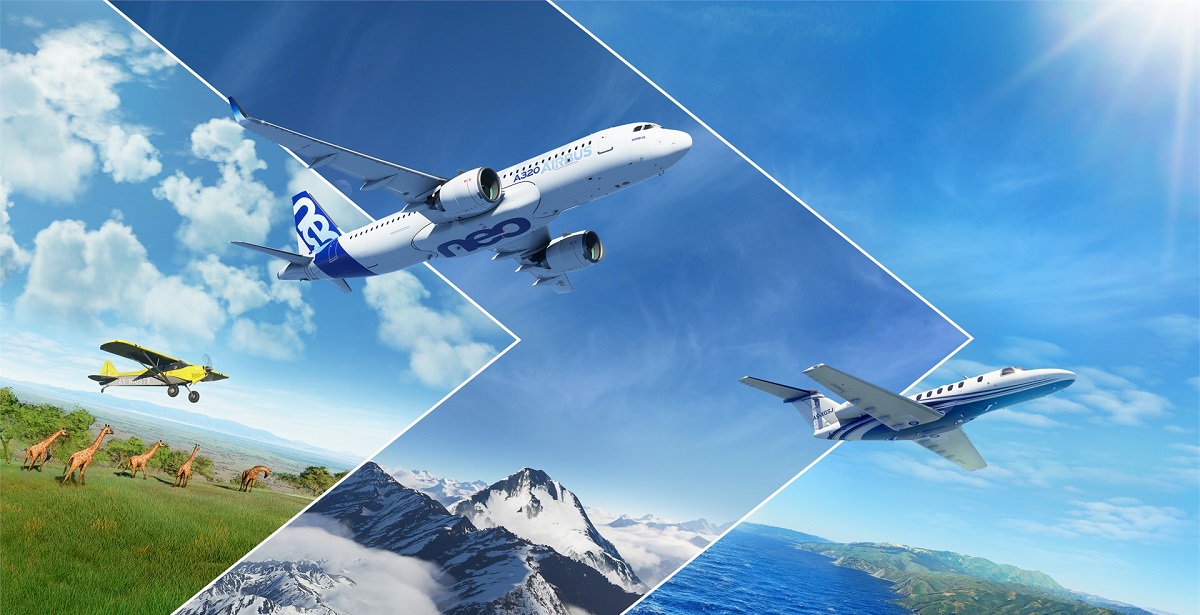 Microsoft Flight Simulator received more information as part of the Xbox Games Showcase Extended last night, and according to developer Asobo Studio, will get an update in the future that will allow players to land anywhere. The game is currently available on PC, with an Xbox Series X/S version coming next month - better yet, it's also coming day one to Xbox Game Pass. While we don't expect this update to land (pun intended) on the console version's launch, it is something potentially great to look forward to.

READ MORE: A Plague Tale: Innocence to Get 4K UHD Boost on PS5 and Xbox Series X/S This July

Asobo Studio went into some detail about Microsoft Flight Simulator during yesterday's Xbox Games Showcase Extended, with the "land anywhere" update being the biggest new addition to the game. Developer Jorg Neumann stated that the complexities surrounding landing at a busy airport made it difficult for players - this including communicating with air traffic control - to adjust to. Now, the update will let players land just about anywhere they want, and you can bet I will be parking a plane in my driveway too. Check out the full game overview from the event below:

In addition to this update, a free expansion themed around the upcoming Tom Cruise movie Top Gun: Maverick will also release on Xbox Series X/S and PC on November 19th, 2021. Better get that Kenny Loggins song ready.

"From light planes to wide-body jets, you’ll test your piloting skills against the challenges of real-time weather, including accurate worldwide cloud cover and cloud layers, wind speed and direction, temperature, humidity, rain, and lightning – all in a dynamic and living world," says the new post on Xbox. "With the power of satellite data and cloud-based AI, you’ll travel the entire planet in amazing detail with over 37,000 airports, 2 million cities, 1.5 billion buildings, real mountain ranges, roads, trees, rivers, animals, traffic, and more."