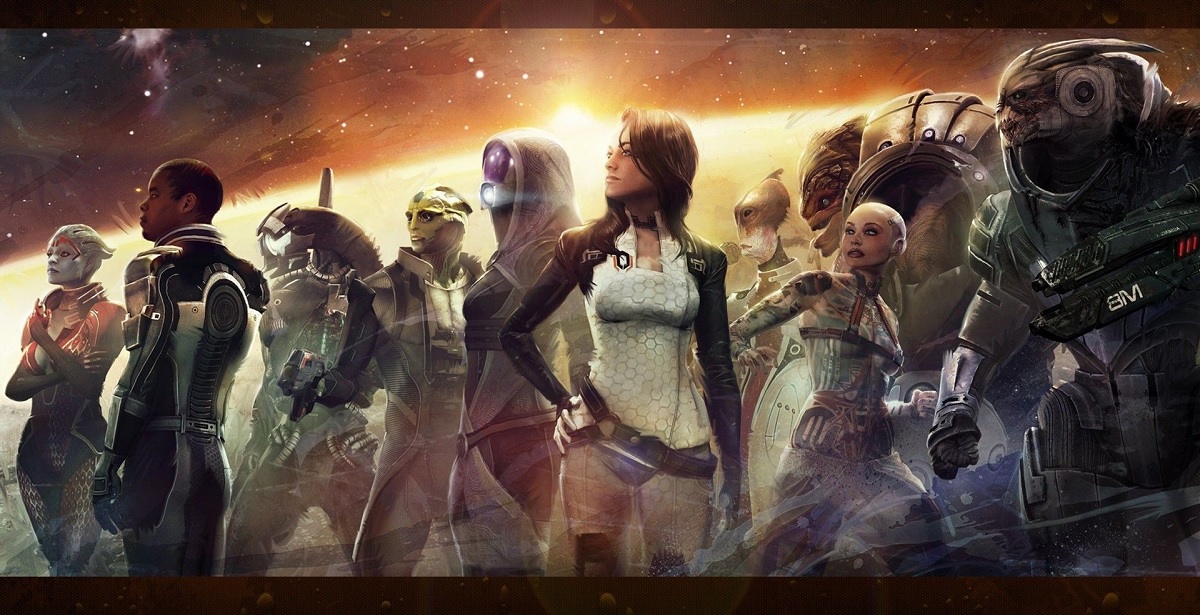 BioWare's original Mass Effect trilogy recently had a resurgence in gaming thanks to the awesome Mass Effect Legendary Edition, which bundles and remasters all three Commander Shepard-focused Mass Effect games plus DLC into one quintessential package. Being a series primarily driven by player decisions, you're bound to hit a few rough speedbumps along the way that could potentially result in the death of key characters. Mass Effect 2's infamous and extremely difficult Suicide Mission is one prime example of how you can lose everything if you aren't prepared, but that's why we're here!

In this guide, we'll show you how to save your entire crew in the climactic Suicide Mission of Mass Effect 2, including saving the Normandy crew following their capture by the Collectors. First and foremost, preparations for the Suicide Mission are actually being made from the beginning of the game. 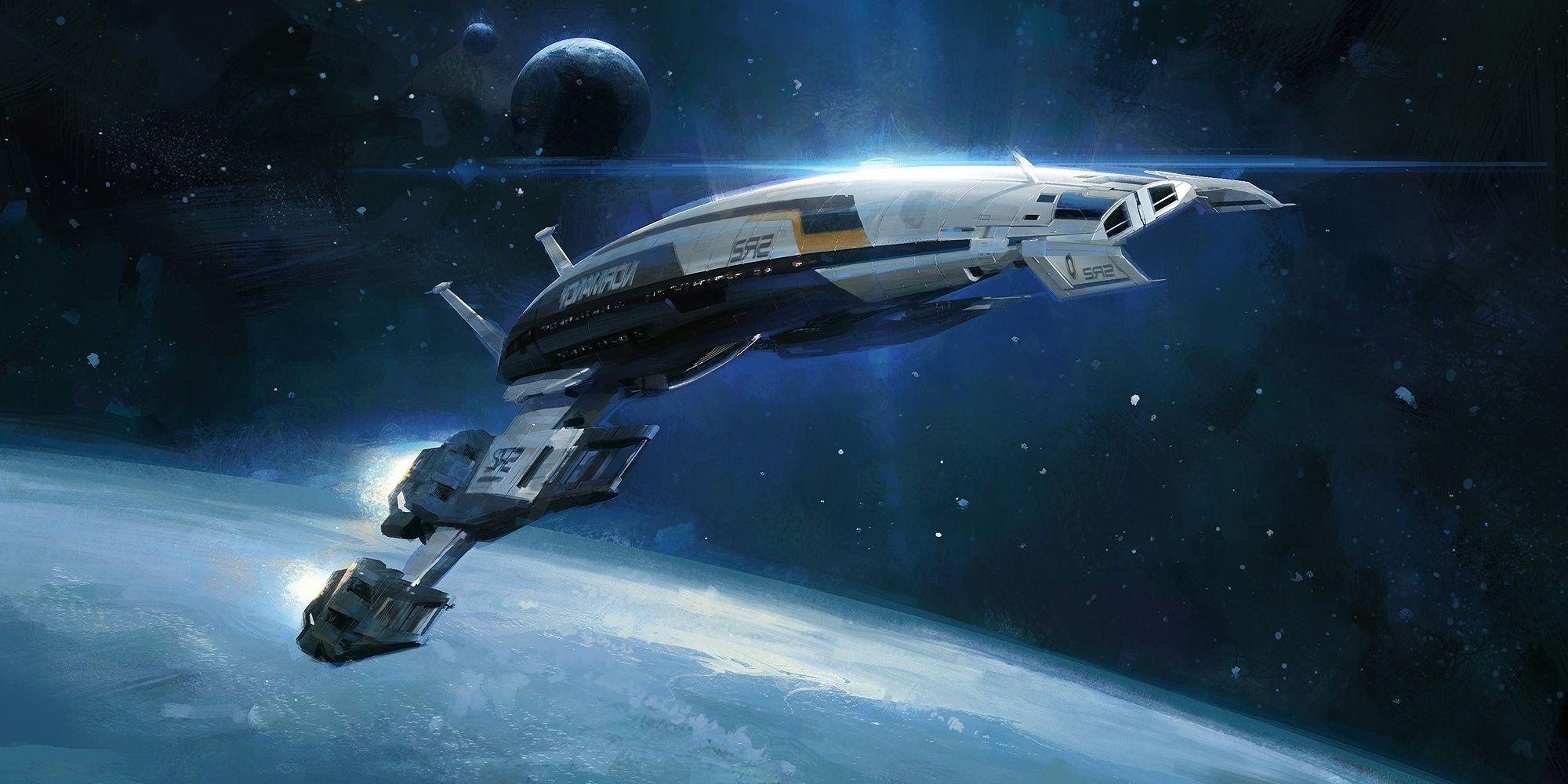 Your first order of business is to upgrade the Normandy SR2. For this, you'll need three crucial ship upgrades: Heavy Ship Armor, Multicore Shielding, and the Thanix Cannon. These upgrades will only become available once you talk to Tali, Garrus and Jacob and choose the [Normandy Upgrades] dialogue choices. Head to the tech department on the console, and you'll simply need the right amount of resources to purchase them (those can be acquired by scanning planets).

If these three upgrades aren't done, you'll enter the Omega 4 Relay and get bombarded by the Collectors Base, resulting in the death of a few random crew members. Jack is always guaranteed to die if you don't upgrade your shields. 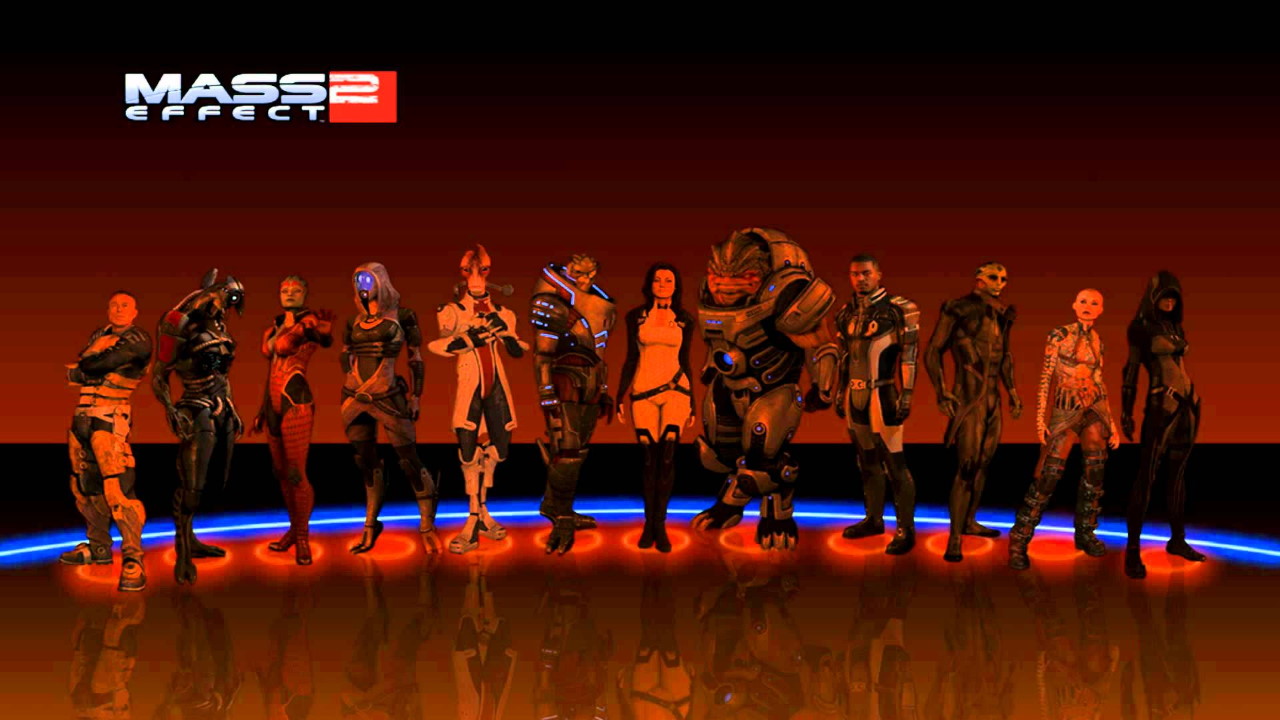 Loyalty Missions are absolutely vital to ensuring the survival of your entire crew. From the beginning of the game once you take control of the Normandy again, you'll unlock character-specific Loyalty Missions for each of your squad mates. Completing them (and making sure you win their trust in those missions) is how you earn their loyalty. A fully loyal crew will be less likely to die in the Suicide Mission. In addition to this, it also allows you to harness the best of their skills and abilities in battle.

These Loyalty Missions are essential. It's possible to run through the Suicide Mission with a disloyal crew, but that will still result in a few deaths. Zaeed's loyalty mission, later added as a DLC, is the toughest one as it requires players to fully lean into Renegade, but choosing those dialogue choices will ensure Zaeed's loyalty.

Finally, loyalty can actually be lost even after you've completed character's loyalty missions. These happen in two skirmishes on the Normandy between crew members: Jack and Miranda, and Tali and Legion. If you don't have high enough Paragon or Renegade points to defuse the situations, you'll be forced to choose between these characters, with the other losing their loyalty to you. You'll need to gain enough Paragon and Renegade points to talk to them again on the Normandy and reclaim their loyalty. 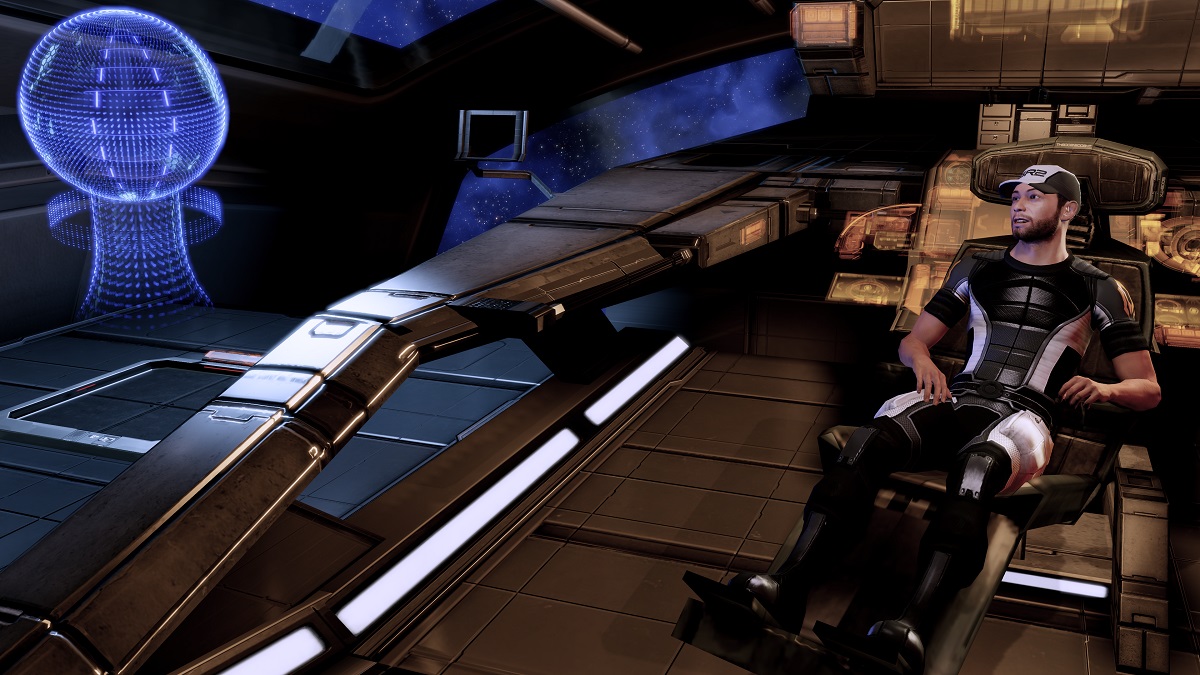 After completing the Reaper IFF mission in which you recruit Legion, you can initiate the final stretch of the game. However, if you activated Legion before stepping up to the galaxy map, you'll have the last opportunity to complete Legion's loyalty mission and any other incomplete loyalty or side quests. Once they're done, the next time you step up to the galaxy map, Shepard and a handful of crew members will leave the Normandy. The Collectors use this as an opportunity to kidnap your entire crew, and time is quickly running out to save them.

It is absolutely crucial that you don't do any other missions before saving the Normandy crew, as this will result in the crew's death. You need to rush to save them as soon as the previous mission is over. Prioritizing this will also lock you into the Suicide Mission, so even before you tackle the Reaper IFF (which is the starting point for the end), complete everything you can. 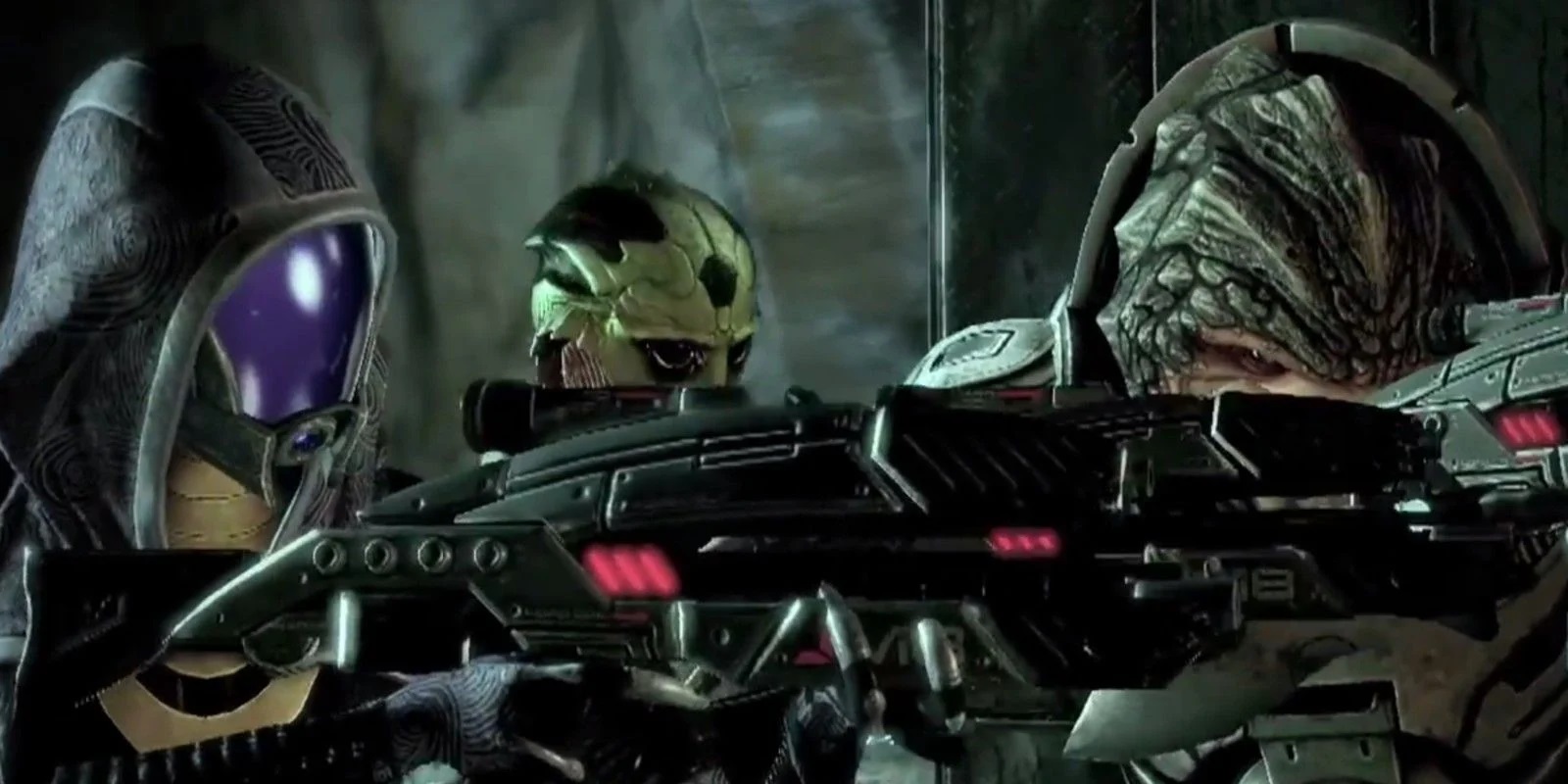 The Suicide Mission is mainly structured in three phases: the Vent/Fire Squad, the Seeker Swarm/Transportation, and Hold The Line. Let's run through each to ensure you choose the right people for the jobs. This is also assuming that your entire crew is loyal to you at this point.

Phase 1: Before breaching the Collectors Base, Shepard will hold a meeting with the whole crew and formulate a plan. Your first move is to open the door by using a tech specialist to circumnavigate the vents. Jacob will volunteer to go through the vents. DO NOT let him do this, as it will result in his death. Instead, use either Tali, Kasumi or Legion.

You'll also need to recruit a leader for the diversion team/Fire Squad. Miranda will volunteer, and she's actually a good choice along with Garrus.

Phase 2: Once in the Collectors Base, you'll rescue the Normandy crew (granted they all survived if you jumped straight into the Suicide Mission). You'll need to choose a crew member to escort the survivors back to the Normandy. Mordin and Tali are your best choices for this as they stand a slightly higher chance of dying in the next part, so you'll want them out of the battle.

You'll need to choose another Fire Squad leader and yet again, Miranda and Garrus are your best choices.

Finally, you'll need a Biotics expert to lead you safely through the seeker swarms with a bubble shield. Miranda will volunteer, but DO NOT choose her. She will fail the barrier, and this will result in the death of a random crew member. Instead, choose either Samara/Morinth or Jack as they have the best Biotics abilities to keep the shield up.

Phase 3: This is an important one. You'll need to pick two crew members for the final fight while the rest stay behind. There are extremely weird statistics for who you choose, and who you leave behind the hold the line. In my experience, DO NOT take Garrus, Grunt or Zaeed with you. These are three important characters with the most combat experience that will prove crucial to holding the line. Choose any other two members to take. In my opinion, Mordin, Tali, Jack or Kasumi are good choices.

If you followed all of these steps and ensured the survival of your entire crew, then the final cutscene will play out where the whole crew rushes to escape on the Normandy. And that's it, you've saved everyone in the Suicide Mission of Mass Effect 2!

DEATHGIGAS
I just remember that if you actually pay attention to your companions and their sidequests, you'll know exactly where to place them.

Lurch
Good idea to bring this up again. It's been a while but I still recall one of your companions is listed as "a natural leader" (or something like that) but they'd always die if you assign them as a fireteam leader.