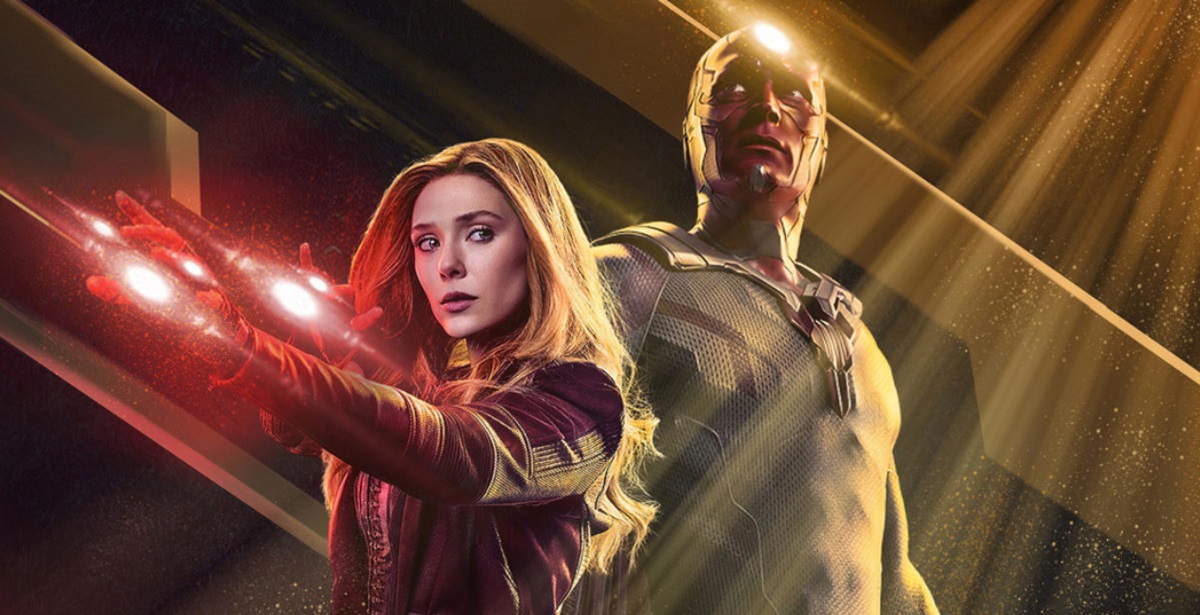 Disney is kicking off their Marvel Cinematic Universe's extended series on Disney+ with WandaVision, coming December 2020. As the title suggests, the show will focus predominantly on both the characters of Wanda/Scarlett Witch and Vision. Uniquely, the show is going for an interesting style that takes us back to sitcoms of the 1950s and 1960s in black and white, which is a very interesting creative choice that could pay off for defining these Disney+ shows going forward.

The first trailer for WandaVision shows both Wanda and Vision living together in a kind of old-school sitcom series (which will no doubt have some explanation rooted in the upcoming Multiverse concept), and focuses on the characters seemingly living day-to-day lives. However, it wouldn't be a compelling Marvel production without something in the way of their normality, and their lives are quickly uprooted by external forces. We still know very little about the actual context of this show, but have a look at the trailer and see what you find...

As Screen Rant points out, the characters seem blissfully unaware of their fates in Avengers: Infinity War, which poses some interesting questions about the possibility of Phase 4 in the MCU, and how these Disney+ shows might carry those forward if they bring in the Multiverse - something that will surely come to fruition with the release of Sam Raimi's Doctor Strange: In The Multiverse of Madness, which will also reportedly feature Scarlett Witch alongside Steven Strange. So far, Marvel Studios and Disney are keeping everything a secret, which makes the anticipation for these shows even more potent. We'll find out soon enough when the show airs this December.