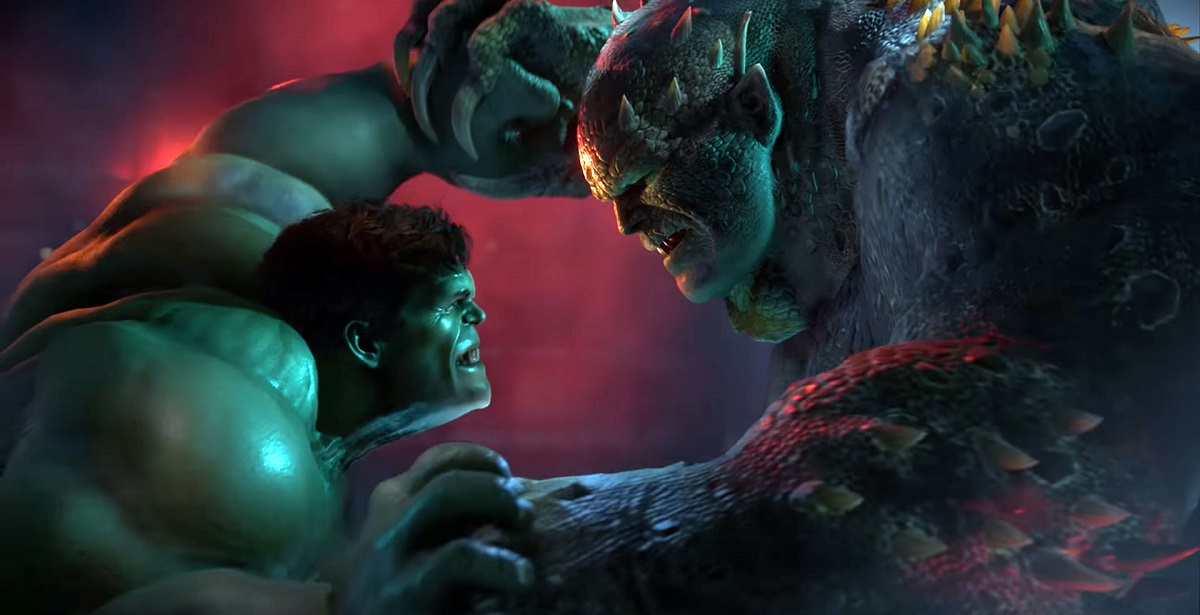 Square Enix's and Crystal Dynamics' take on Marvel's Avengers was revealed at E3 2019, though failed to reveal any concrete gameplay outside of a lengthy cinematic that introduced us to the cast of characters. With Square Enix holding plenty of behind-closed-doors presentations of the gameplay, it seems that the gameplay footage has prematurely leaked online. Have a look at it below:

While admittedly the person recording the gameplay doesn't have the steadiest hand, we still get a good look at how certain characters play - namely, Thor, Iron Man, and Hulk. Thor's style of combat is reminiscent of Kratos from 2018's God of War, able to throw and call back Mjolnir on the battle field while engaging in some hand-to-hand combat as well, similarly to the Leviathan Axe. Iron Man, on the other hand, seems to rely heavily on airborne attacks. His suit caters to a wide array of destructive weapons, gadgets, and quirks that we've come to expect - along with Nolan North's quippy dialogue that lends itself well to Tony Stark.

The leaked gameplay ends just as we're about to see the Hulk in action, but we do get a few brief moments of the Avenger demolishing some unsuspecting foot soldiers.

We'll update everyone as soon as the footage becomes available, which we predict soon given that it has leaked already.

DEATHGIGAS
@Magius
Avengers killing people is news to you?

Blaze
@DP Yep I get that sense too. Feels manufactured, if that makes sense? Like it should've been a game adaptation of the movie but not the good kind.

DarkPrince
This animation is rough, the game looks like it's lacking it's own personality as if it's being developed by people that are being forced to make this. Art design is terrible.

KnightFall500
No Hawkeye, no buy!

Blaze
Maybe it's the quality, but something about the gameplay feels... off.