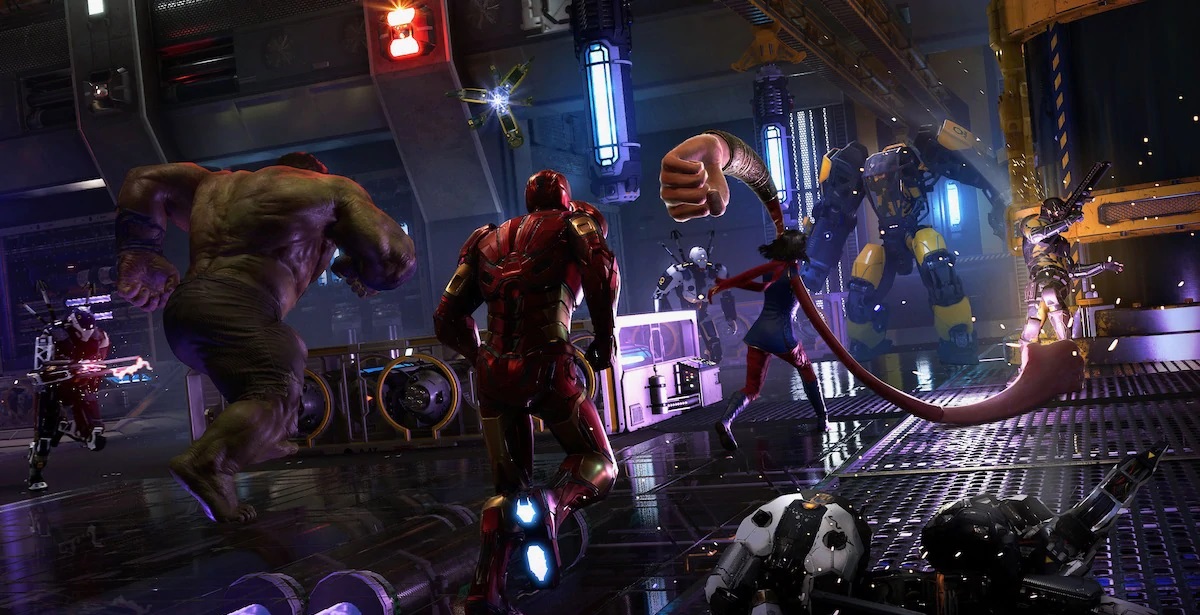 Marvel's Avengers is coming in fast this September, with developer Crystal Dynamics packing in many surprises along the way. We recently got treated to their War Table presentation that offered more clarity on what the game actually is (a hot topic on the internet since the game's announcement). With that out of the way, we can finally get our hands on the upcoming betas in the form of a closed beta to those who only pre-ordered, and an open beta to follow in mid-August. Crystal Dynamics released a 10-minute video breaking down everything you can expect in the upcoming beta - as you can tell by that length, there's a lot.

The Marvel's Avengers beta will firstly include the heavily marketed Golden Gate Bridge action sequence where players will be able to play through all of the moments seen in the trailers, taking on the roles of all the Avengers. From there, the beta opens up and we explore a few more story missions. The first mission will see you joining Hulk and Ms. Marvel, Kamala Khan, as they travel to the American Pacific Northwest in search of the missing J.A.R.V.I.S. You'll be able to play as The Hulk in this section. The second playable story mission takes you to the frozen tundra, which seems to have plenty of wide open spaces for Hulk to jump around in and Ms. Marvel to destroy enemies. On top of that, there's also an encounter with Abomination...

Once you complete the story content, you can hope into War Zones with friends online. Four characters will be available in this multiplayer mode: Hulk, Ms. Marvel, Black Widow, and Iron Man. You can freely explore the Helicarrier and access the War Table where you'll find three types of co-op missions: Harm Rooms, War Zones, and Drop Zones. Harm Rooms are basically virtual training simulators where you can take on waves of enemies either solo or with a team. It teaches you basic controls, and from there, can unlock an additional three harm room challenges with escalating challenges.

War Zones are missions that you can play with up to four friends or AI, having you complete different objectives and missions across the map. Finally, Drop Zones allows you and your team to drop in zones for a single encounter. It's a quick mode that can allow you to instantly hop in and out of battles instead of doing the more expansive War Zones. With all this in mind, your progress will carry over to the final game, meaning you'll earn some in-game tokens that shows you've participated in and completed the beta.

Crystal Dynamics had one more special surprise for everyone: Hawkeye will be joining the game as a free update!

Marvel's Avengers launches on September 4th, 2020 for PS4, Xbox One and PC. The pre-order beta will begin on August 7th, with the open beta happening on August 14th.