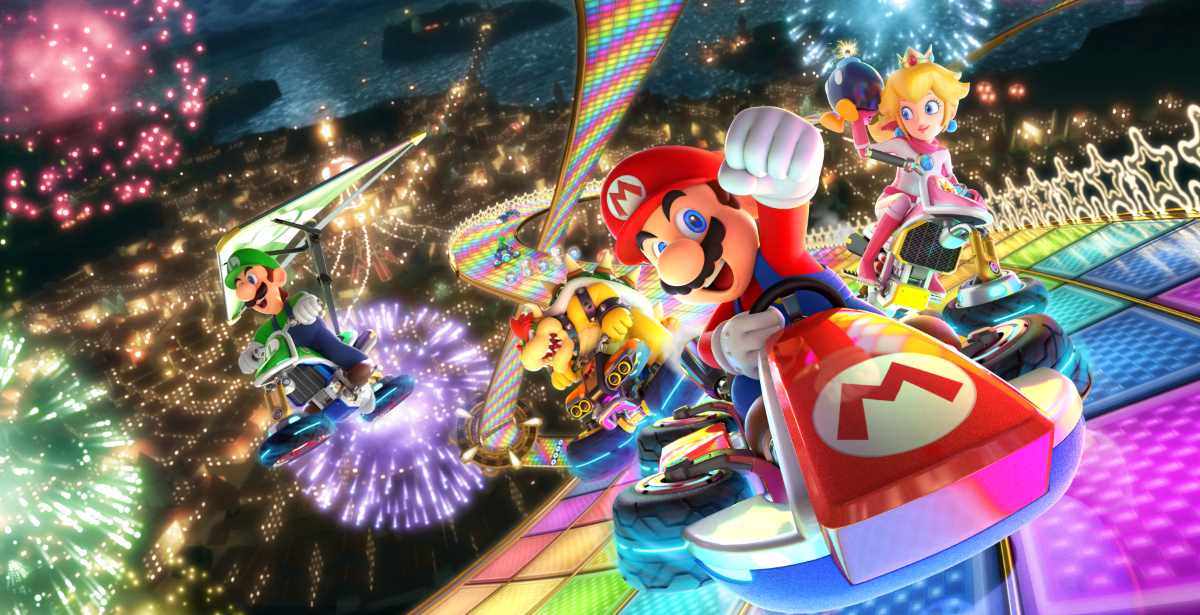 Based on the original Mario Kart 8 the Switch’s Deluxe package needs no introduction. Take the game that introduced the popular anti-gravity racing mechanic and bundle in all the original DLC and updates along with some additional extras and you have the latest offering. The real question is; is it worth revisiting the game if you already own a Wii U copy? The answer: A resounding “YES”.

So what’s new in Mario Kart 8 Deluxe? The first game changer is the reintroduction of the double Item Box which was originally in Mario Kart: Double Dash. This can change one’s general strategy, especially for the more seasoned player as it adds to the chaos that the series is infamous for.

For those not as experienced, the game introduces Smart Steering and Auto-accelerate for beginners; one makes steering and staying on the track easier, while the other automatically accelerates the vehicle for you. These options make the game accessible to practically anyone. For those who enjoy crying themselves to sleep at night, a 200cc engine class for the Time Trials mode has been added - seriously challenging stuff. A new turbo boost phase has been added to the original two, this is called the Ultra Mini-Turbo which are pink sparks that occur after the blue and orange sparks while drifting. 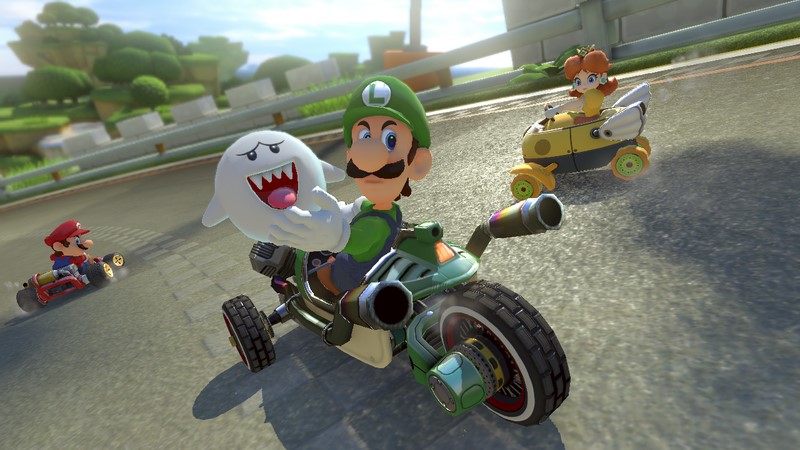 It is blatantly obvious that the biggest change to Mario Kart 8 Deluxe is the improved Battle Mode. Each player now begins the battle with 5 balloons, rather than the regular 3, extending the overall play time of rounds. You are now able to respawn after all your balloons are popped - similar to Mario Kart Wii and Mario Kart 7. After respawning, the player’s points will halve and then they’ll only respawn with 3 balloons. There are eight battle tracks on offer; five new and three retro. The new Splatoon themed ‘Urchin Underpass’ being my favourite.

There are five different Battle Modes in Mario Kart 8 Deluxe. The traditional Balloon Battle that sees players use items to burst other racers balloons and score points. The point system from Mario Kart Wii has been reintroduced rather than the last-man-standing routine from the original Mario Kart 8.

Renegade Roundup is new to MK8 Deluxe and splits competitors into two teams - the Authorities and the Renegades. The Authorities use Piranha Plants to capture the Renegades. Once a Renegade has been caught they are locked away in a jail cell where Renegades that are not yet captured, can free them.

In Bob-omb Blast players attack one another using Bob-ombs to score points. Coin Runners tasks players to collect the most coins by the end of the match. There is now no limit to the amount of coins they can collect. Lastly, in Shine Thief mode one must find a Shine Sprite and keep it in their possession for as long as possible. If the player holding the Shine Sprite gets hit by an item they will lose the Sprite and it’ll be up for grabs to their opponents. The player to hold onto the Sprite for the longest is the winner. There is an option to randomly select modes for the more adventurous players. 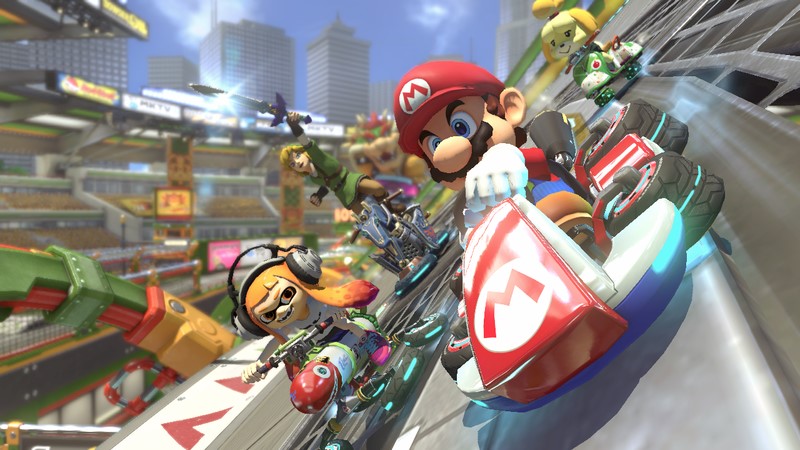 As with most of the recent Mario Kart releases there has been a variety of different control schemes that can be used in the game. The Nintendo Switch is all about versatility and this comes across in the ability to chop and change how you play the game. The Joy-Cons HD rumble feature was the first thing I noticed straight off the starting grid. The Joy-Cons vibrate differently depending on which terrain you drive over or how you drift. I didn’t think that the feature could make such a difference to how the game feels, but it truly does.

Generally, my preferred control scheme would be the Joy-Con Grip combo or the Pro Controller but I simply had to try playing multiplayer using one of the two Joy-Cons. The functionality is spot on but the frequent use of the shoulder buttons is terribly uncomfortable. Introduce the Joy-Con steering wheel peripheral, where unlike the large chunk of plastic bundled with Mario Kart Wii these smaller, sleek accessories actually serve a purpose and enhance the multiplayer Joy-Con experience making the shoulder buttons more accessible for those with larger hands. 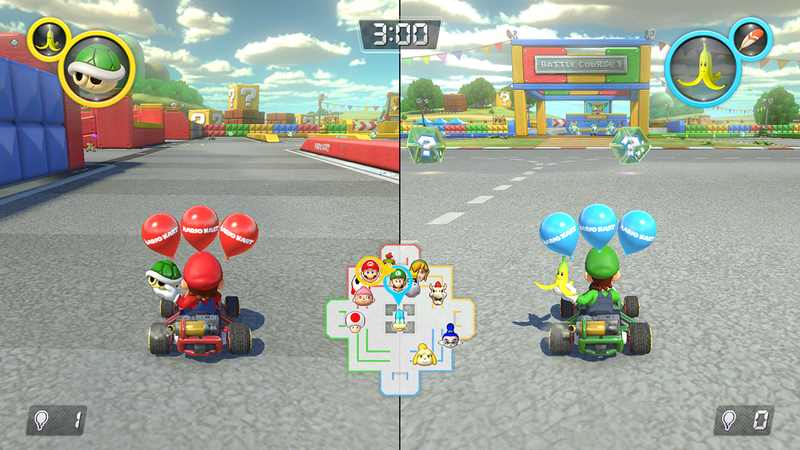 Mario Kart 8 Deluxe is about getting the most out of an already stellar game. Whether it be faster loading times, more convenient online lobby and gameplay, or a handful of new characters. The Souped Up Battle Mode is now far more compelling and content driven than before. Tie this in with the Grand Prix mode and a combination of the two while playing online and you have no excuse to not pick up Mario Kart 8 Deluxe even if you owned the original on the Wii U.

It's not Mario Kart 9 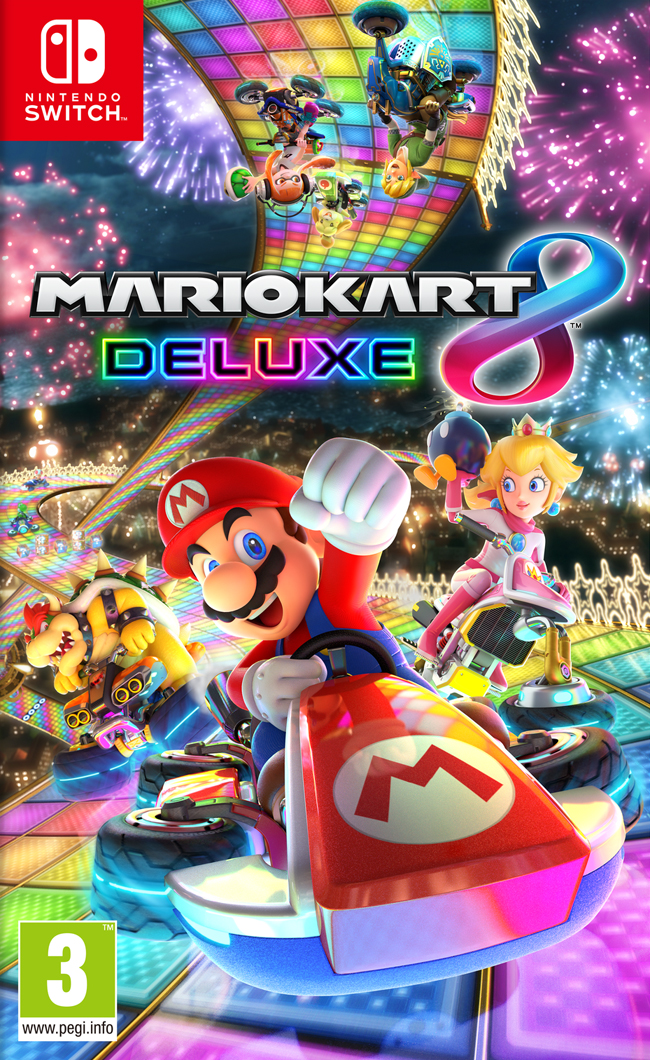