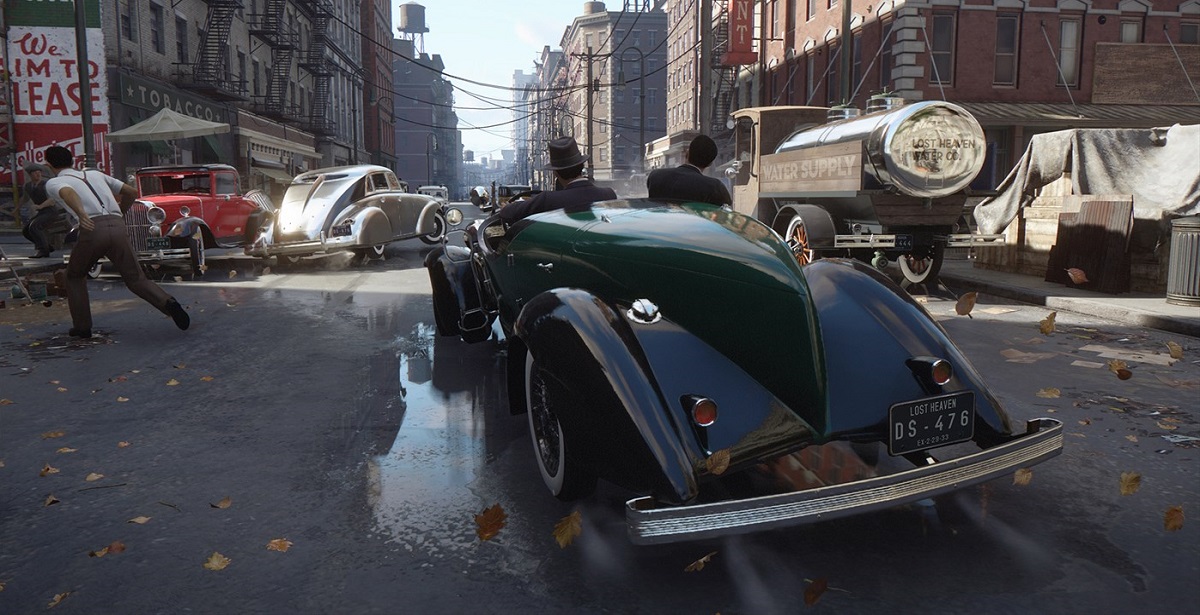 Most of yesterday was spent figuring out what is going on with the return of Mafia, which unveiled itself as a fully remade trilogy. While the Unreal Engine 5 tech demo was surely some much needed next-generation marketing, many were looking towards 2K in regards to the Mafia franchise. Thankfully, we don't have to wait too long because it would appear the trilogy is set to be fully unveiled next week, with the original Mafia coming out on August 28th.

2K were seemingly waiting for next week before revealing new information about Mafia: Trilogy remastered, but it would appear Microsoft posted details of a rather lavish looking remake of the first Mafia on its storepage (edit: currently taken down). Mafia: The Definitive Edition is currently listed to launch in August, with Mafia 3 developer Hanger 13 handling the remake.

Live the life of a gangster across three distinct eras of organized crime in America. Discover the #MafiaTrilogy Tuesday, May 19 at 9am PT / 12pm ET / 5pm BST at https://t.co/I2ztjXo7FZ. pic.twitter.com/kzLD4qFRAj

"Part one of the Mafia crime saga - 1930s, Lost Heaven, IL. Re-made from the ground up, rise through the ranks of the Mafia during the Prohibition era of organised crime," its description reads. "After a run-in with the mob, cab driver Tommy Angelo is thrust into a deadly underworld. Initially uneasy about falling in with the Salieri crime family, Tommy soon finds that the rewards are too big to ignore."

Mafia II was spotted on rating boards around the world, suggesting that a re-release was in the works, and this was happening sooner than we thought. Adding more fuel to that fire, 2K's Twitter account started tweeting again after two years, sprouting a classic Vin Diesel one-liner "Family". It seems like Mafia II fans won't have to wait much longer as more information on the game should be revealed next week, on May 19th. Regardless of how the information was distributed, it's all eyes on the Mafia series and this would be a perfect time for 2K to strike while the iron is hot.

Blaze
@Lurch Mafia 3 isn't bad, there's some good ideas in it and parts of the narrative are really gripping, but it's problematic in every other department. The world is especially just... open world for the sake of it, with a bunch of padding. One of the few games that could've benefited from more linearity.

Lurch
Very keen for this. Picked up the original on GOG but it's insanely dated with some rubbish controls. Mafia 2, I enjoyed but the open-world felt almost pointless as it was so narrative-driven with minimal side activities. Mafia 3, I just never got around to picking up yet.