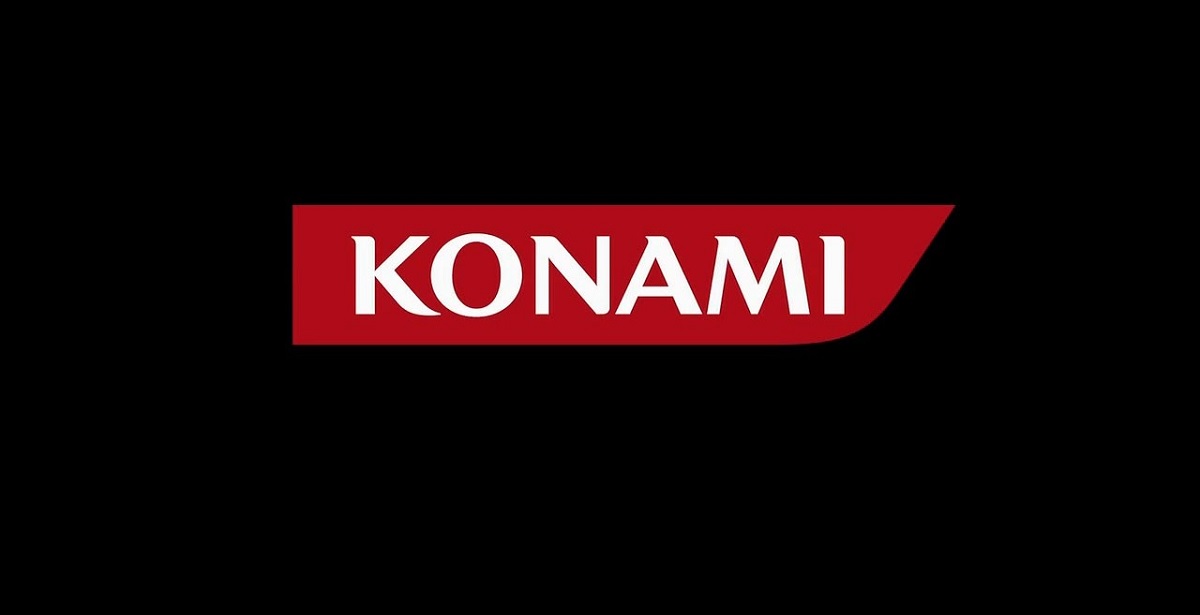 E3 is set to make a big return this year in the form of an all-digital event, following the trend of most gaming publishers hosting their own dedicated digital showcases since the beginning of lockdown. This year's E3 promises to have a number of participating publishers, which is being backed by the likes of Xbox, Ubisoft, Nintendo and more. However, Konami has now decided to pull out of the event altogether, stating that they will not be ready to present anything yet.

In a recent statement published by Konami, the Japanese gaming giant confirmed that they will not participate in E3 2021 due to not having anything ready to present just yet - though they assured fans they'll have more to show in the coming months. The statement reads: 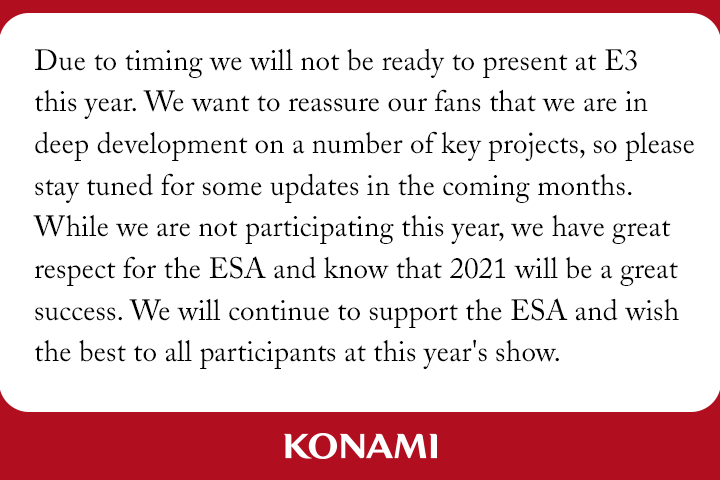 Despite Konami's departure from E3 this year, it's still possible for the company to host their own separate digital event. Sony doesn't seem to be participating in E3 this year either, so it's safe to assume they'll likely end up hosting their own digital showcase too around the time. Bandai Namco is another publisher that will also host their own digital event, with the Bandai Namco Next event trademarked, though no date has been set for it yet. Judging by early reports that Konami were outsourcing their IPs, we imagine their showcase might have something to do with that - though it's likely that other publishers who managed to grab the IPs will want to host the reveals at their own events.

Konami has a long history in the video game industry, and have a number of massive properties under their belt. Some of these include Metal Gear Solid, Silent Hill, Castlevania and Contra, to name a few. If the reports are true of Konami outsourcing IPs, then we'll definitely hear more about them in the coming months - we imagine Xbox and PlayStation might've swept in to scoop up a few for themselves.