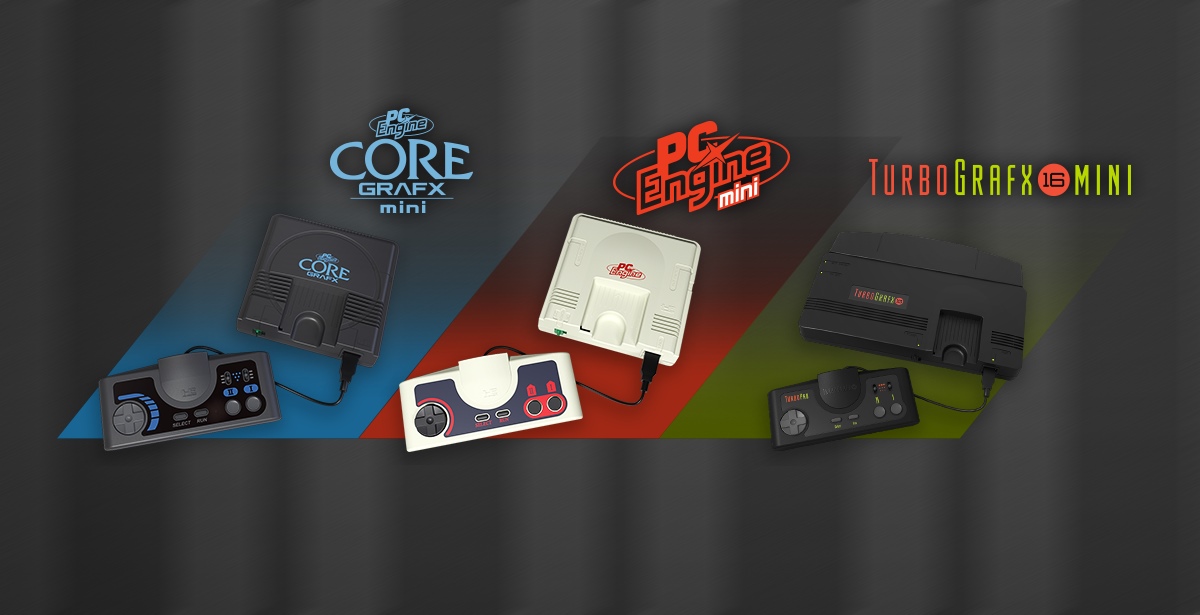 Konami have announced the latest addition to the mini-retro console fad, the TurboGrafx-16 Mini. In Japan the mini-console will launch as the PC Engine Mini and in Europe (PAL) as the PC Engine Core Grafx. All three variations will have two USB ports for full-sized controllers and support a five-way multiplayer adapter.

"The original consoles were well-known for introducing several historical firsts, including the first console with a CD-ROM add-on and the first console to offer multi-tap support for up to five players. More than that however, the consoles became a collector’s favourite thanks to their quality game line-up; many of which will be included in this re-release."

So far Six titles have been announced for North America/Europe:

The Japanese version, meanwhile, has an almost entirely different set of games: 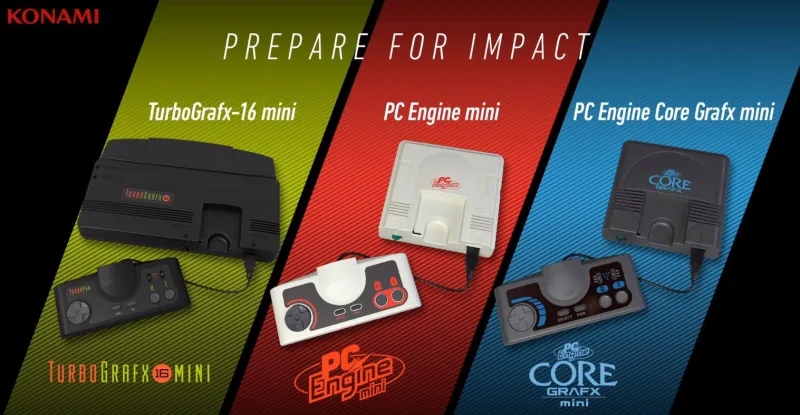