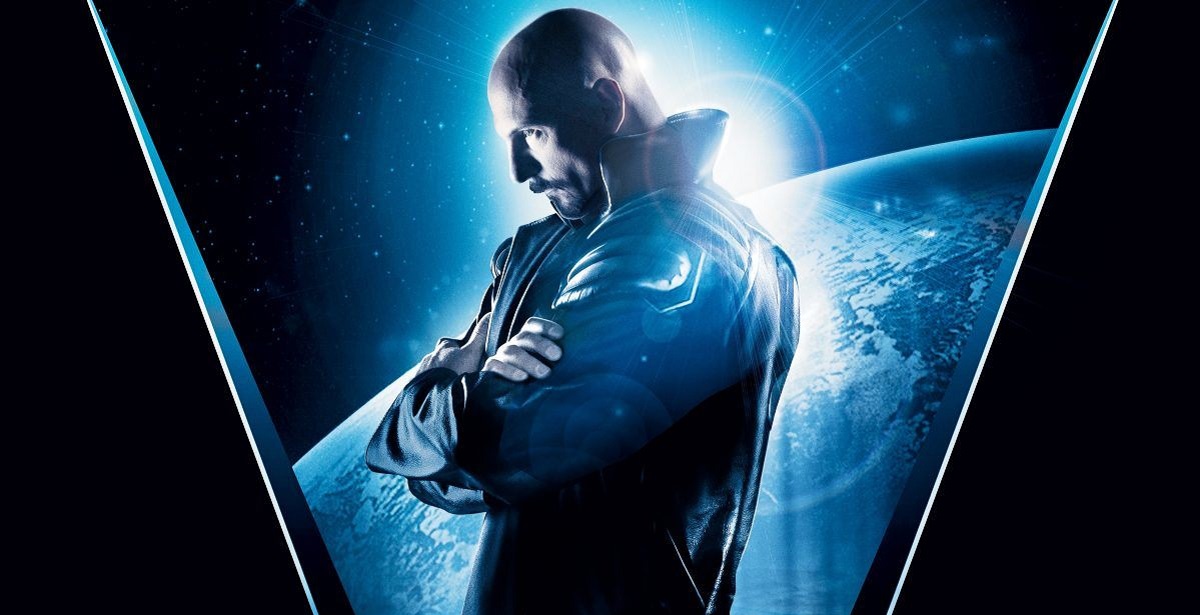 Last E3 at the EA press conference, you would have heard gasps of excitement almost immediately followed by groans of disappointment when this trailer played. Instead of resurrecting Command & Conquer as it should be, an RTS on PC, EA instead opted to develop a mobile game with simplified mechanics. Ah, the horror of it all, the filthy casuals had come for the series that popularised RTS’, the nerve! 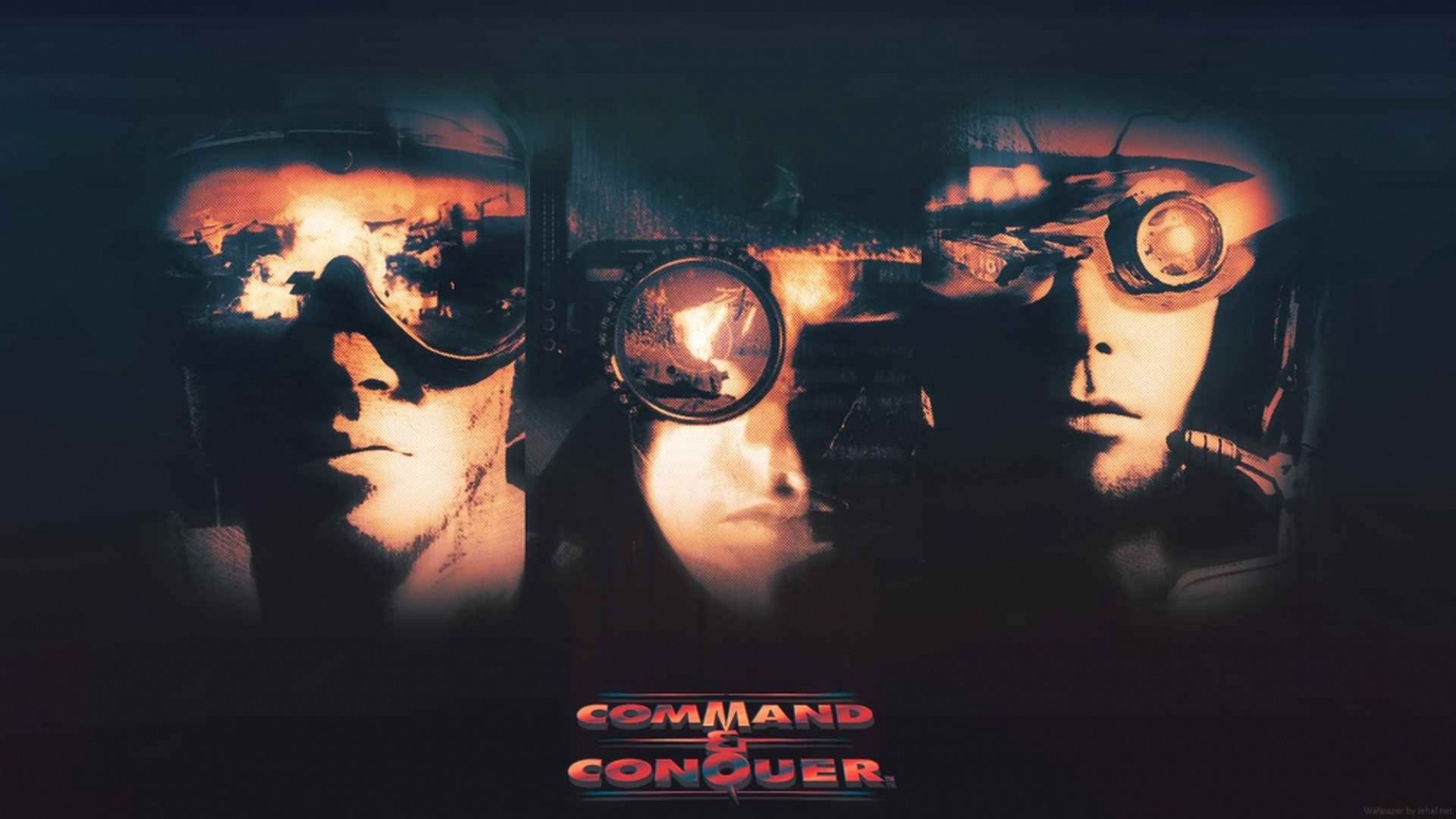 After the success of Dune II, Westwood studios decided to branch off from licensed properties and develop their own property that would include a multi-player element. What they came up with was an age-old tale if two sides warring over resources – a mysterious mineral by the name of Tiberium instead of oil. On the side of “good” was the Global Defense Initiative - think NATO just a lot more proactive. And on the side of “evil” looking to use Tiberium for nefarious ends was the Brotherhood of Nod and their memorable leader Kane.

The game featured the now familiar RTS mechanics of resource gathering and base building with the added power management mechanic. In between all this you had to build an army, but not just any army - one balanced between cheap, yet quickly recruited soldiers to more expensive and longer to build tanks. Balancing the army was the key to victory against both the AI in campaign and skirmish mode (and your friends at LANs). Prioritising and understanding the in-game economy and when to build certain buildings and add-ons while researching new tech is the key to ensuring that you can build that balanced army. That army is then key to marching across the map towards your opponent’s base so that you could crush them. Of course, they are doing the same so the game is basically an accelerated cold war as you rush to build your armies and arsenal before unleashing hell on the world.

Another innovative feature, one that became popular with the move from magnetic storage to CD-Rom was the completely cheesy, but oh so appropriate Full Motion Video cutscenes. This game featured acting was suitably dinner theatre and melodramatic with Kane played by Joseph David Kucan, the series lead video director.

The game was a massive success and after its release in 1995, the expansion Covert Operations was released in 1996. While not as successful as the main game, the combination of both guaranteed a sequel. 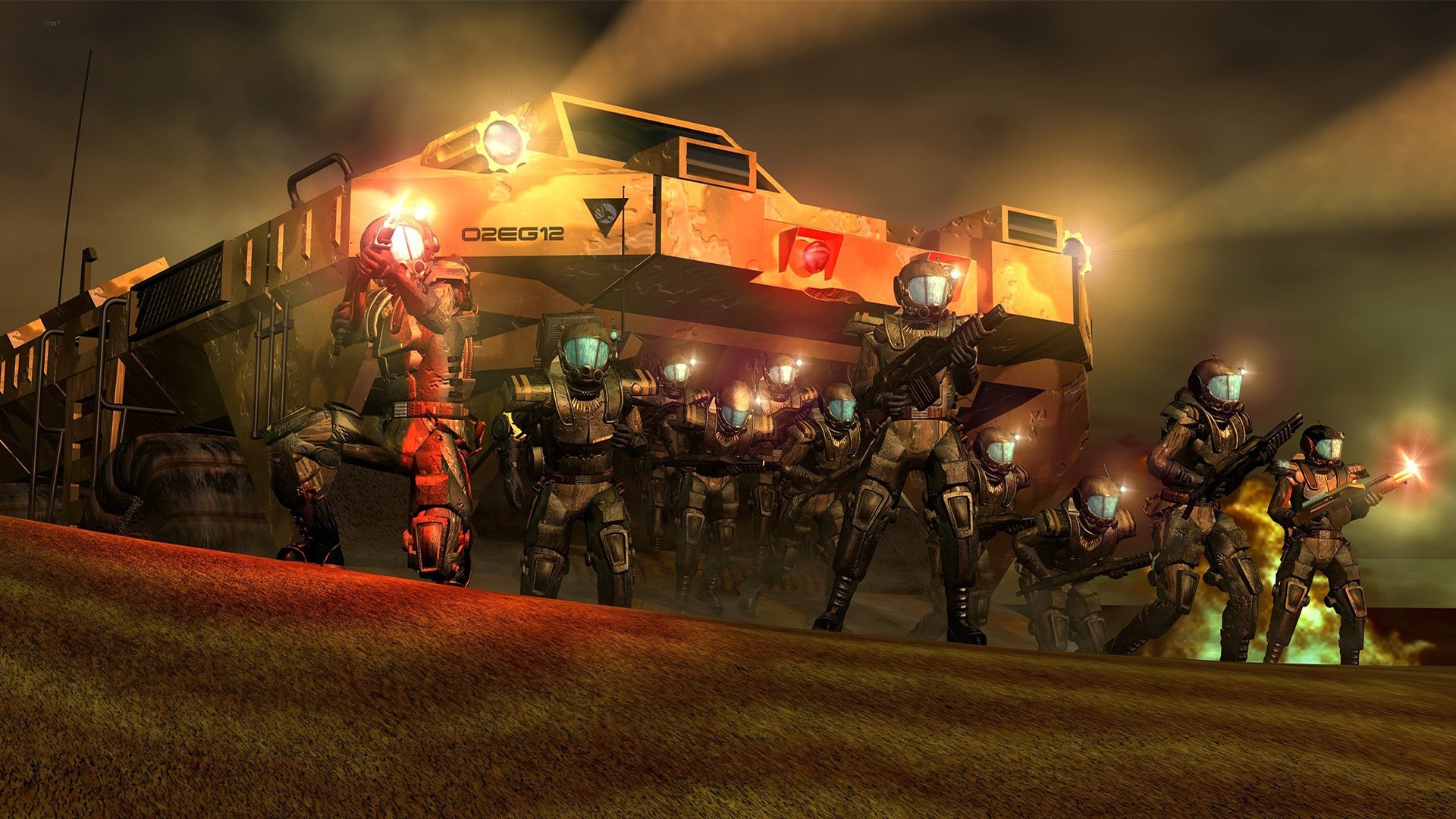 In 1999, the sequel was released, taking place thirty years after the first game. The game moved away from the more realistic Cold War and resource rush storyline of the first towards harder sci-fi as Tiberium is now a plague as it spreads across the planet, basically colonising the earth as it overwrites and takes over the Earth’s ecological systems.

The game was an evolution of the RTS mechanics introduced in the first game, with a similar tech tree and build order. Just like the first, you controlled either NOD or GDI in the never-ending war to control Tiberium and the fate of the world. What the game did introduce was a new engine that simulated a 3D environment via different terrain elevations.

Making a return was the multi-player mode, giving players a continuing way to work out their differences with their friends without resorting to fist fights. Having said that, I’m pretty certain that arguments over cheating, sneakily checking out screens (a proto form of screen sniping), and just basically being a terrible winner (and sore loser) resulted in more broken friendships than simple fist fights ever did.

Once again, the game featured FMV cut scenes, but with a bigger budget came some recognisable talent. Most recognisable is venerable star and voice of Darth Vader, James Earl Jones. Second to him was Michael Biehn, famous for his role as Kyle Rees from Terminator and Corporal Hicks in Aliens.

Like the first game, this one also received an expansion – Firestorm. 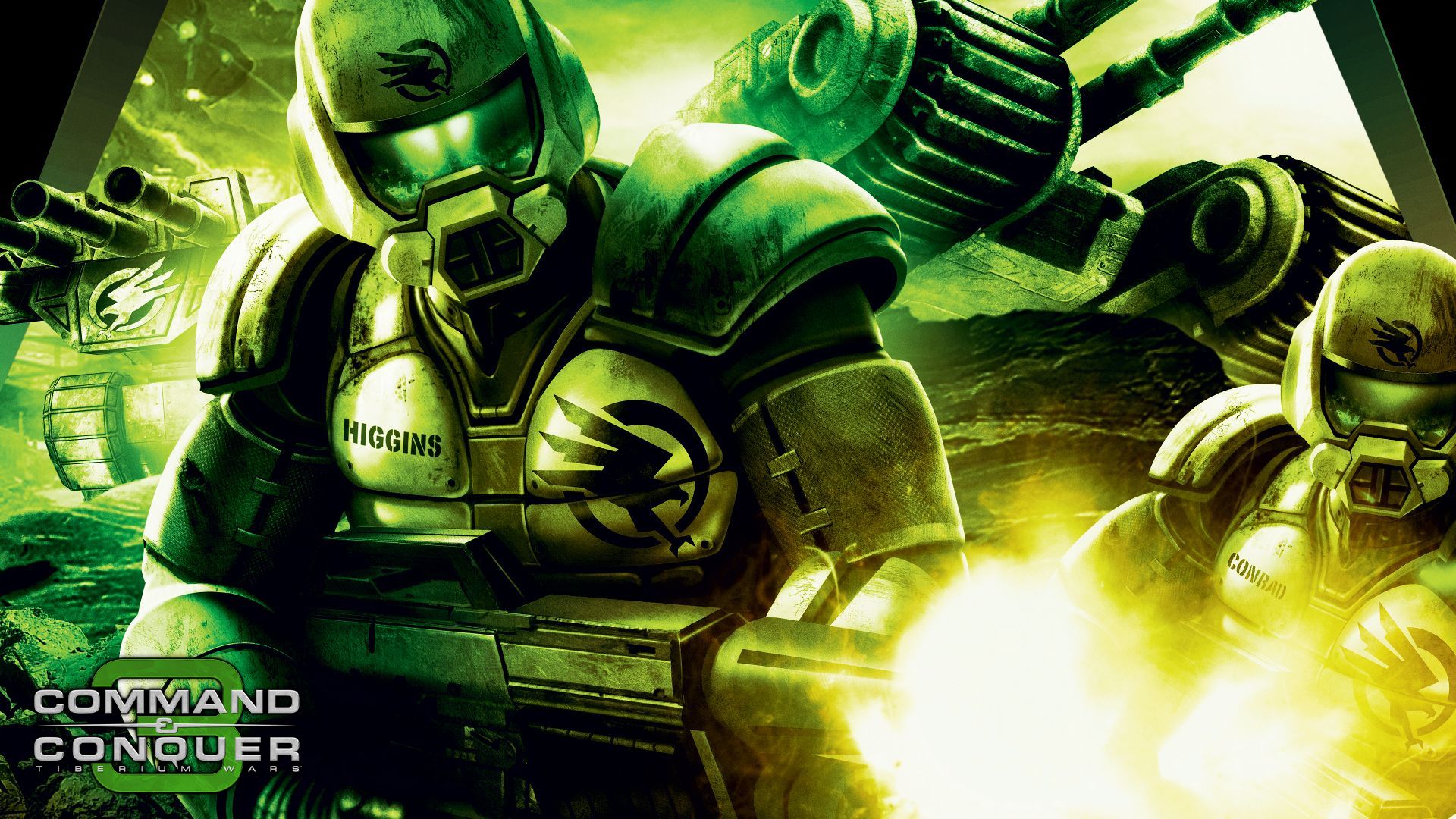 Almost a decade after the release of Tiberian Sun, Westwood, now owned by EA (BOO! HISS!) released the third game. Set seventeen years later, it followed the blueprint set by the wildly successful Starcraft and introduced a third playable faction called the Scrin. Covering thirty-eight missions (seventeen each for GDI and NOD and four for the Scrin) the game offered days of play as you once again gathered Tiberium to build a base and army to attack and defeat your opponents.

The Scrin were an ineffable alien race, immune to the Tiberium radiation, but in typical rock/paper/scissors mechanics they were weak to anti-Tiberium weapons developed by both the GDI and NOD. Once again, the GDI were the slower, but more powerful army and NOD the faster, more agile guerrilla army. The game catered for all playstyles, leading to some epic late night battles at LANs.

The FMV cut scenes returned, but this time with some Hollywood talent. Grace Park and Tricia Helfer from Battlestar Galactica had roles and genre favourite actor Michael Ironside had a starring role. The acting was still cheesy and over the top, but it had a higher production value and better script.

The expansion Kane’s Wrath mysteriously and without explanation removed the Scrin, a not unpopular decision amongst fans, yet a curious one as the new faction could’ve been special and did add a new dimension to the never-ending battles across the radiation scarred earth. 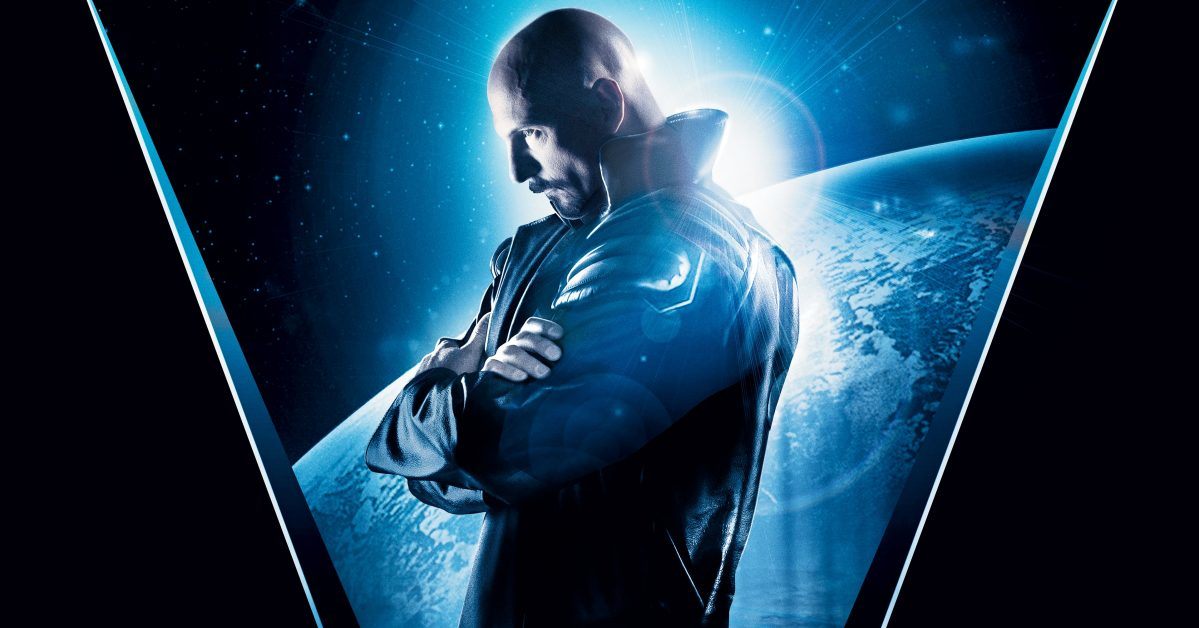 The final game in the Tiberium series was released in 2010, as the big budget RTS’ popularity was in the wane. The game, like the one before, looked to its competitors for inspiration, this time Warhammer: Dawn of War. Instead of resource gathering and base building, the payer now controlled his army and was tasked with capturing control nodes on the map. This type of game encouraged fast movement and aggressive tactics as you had to capture more nodes than your opponent to win.

This was too much of a change for most fans who did not enjoy the altercations. The only reason to play was to watch the end to the Kane saga and witness the final battles between the GDI and NOD as the earth is slowly consumed by Tiberium.

Personally, the changes to the mechanics did not interest me, as I am a very defensive player, preferring to build a nigh impenetrable base with a huge army behind that that will eventually sweep all before them.

Unlike the prior entries in the series, the game did not warrant a sequel, both from a story perspective and a financial success one. 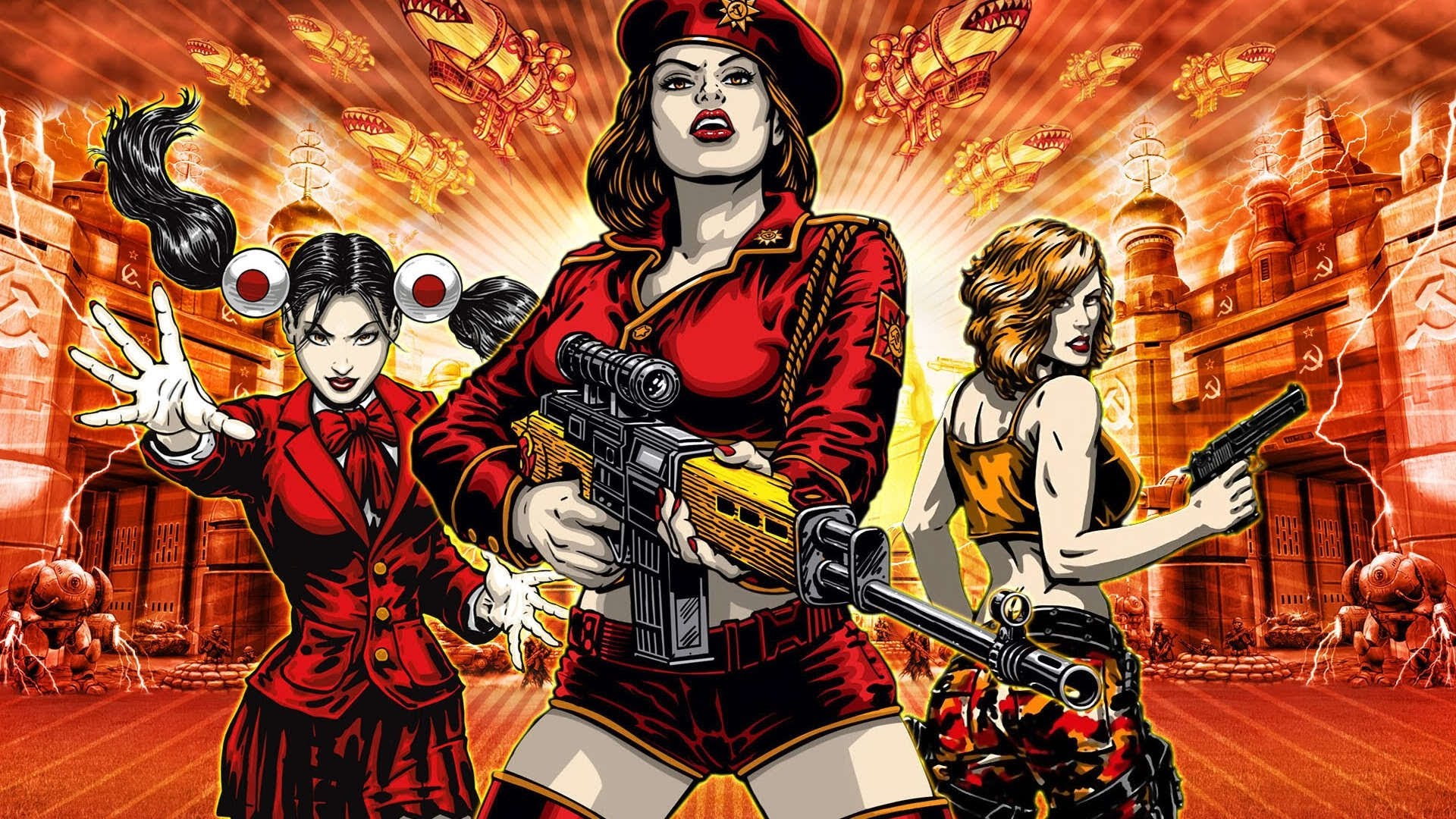 With the success of the first game, Westwood decided to create a sequel that eventually was retconned into a more comedic spin-off. Red Alert was set in an alternate earth where Stalin’s Soviet Union decides to continue expanding beyond Eastern Europe and that a Cold War is not in their interest. Waging war on the Allies, the Soviets marched across Europe hoping to bring the glory of communism to all. This game spawned the excellent sequels Red Alert 2 and Red Alert 3, with the latter once again featuring the manic Tim Curry as one of the leading actors.

In the rush to diversify, EA released a FPS Renegade in 2002. Set in the Tiberium series, it was a fun, if unremarkable shooter allowing you to get up close and personal with the units and tanks that you used to control from afar in the RTS games.

Following the close of the Kane Saga, EA tried to create a third series with Generals in 2003. Going back to the original’s more realistic setting, this game featured a conflict between the USA, China and a new terrorist organisation called the Global Liberation Army. The game followed the same RTS pattern as the other games but tended to a more realistic view of the units and world.

While Rivals is C&C in name only to many fans, EA has won some acclaim by deciding to remaster the first game, now officially known as Tiberian Dawn and Red Alert. Not only that, but they have hired Petroglyph Studios to do the remaster, home to many of the former Westwood Studios developers. The games will come with all their expansions, but a release date is a long way off as development has yet to even start.

Bob the Third
Still playing it...

Lurch
Such amazing RTS games, especially for those who enjoy single player campaigns, CGI, and hammy acting. Only Blizzard would go on to keep up the same quality solo experience while everyone else pushed against ideas like turtling or teching up (and an engaging single player) so they could focus on online play balance.