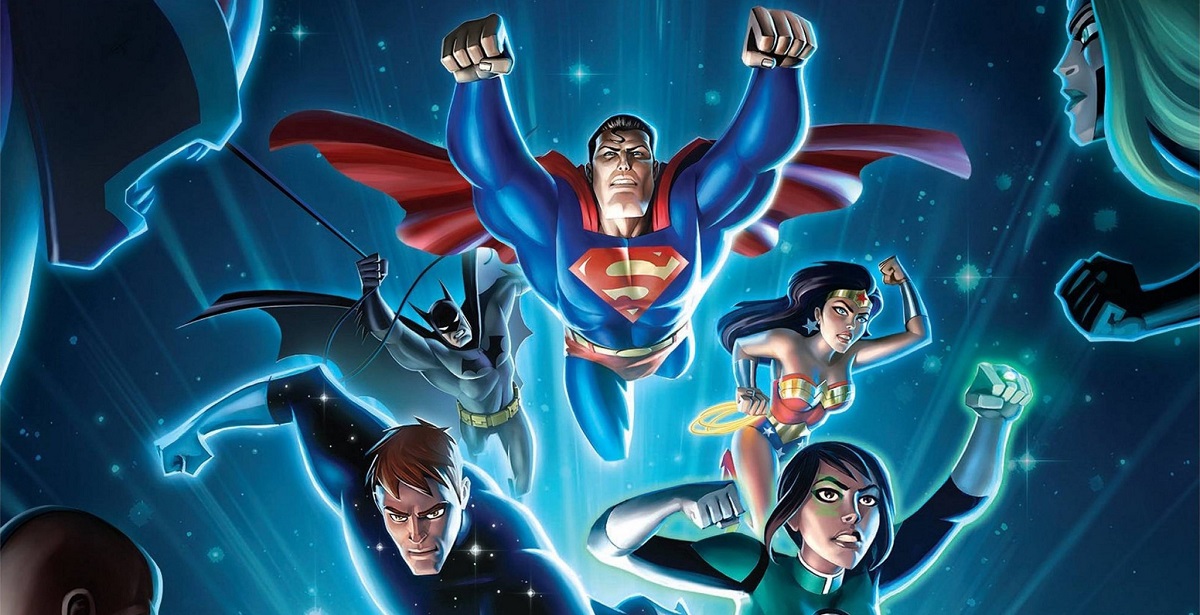 If Bruce Timm’s name is associated with any DC cartoon or show, I generally snap it up like hotcakes. From Batman: The Animated Series, Superman: The Animated Series, Justice League and the titan that was Justice League: Unlimited, Timm does – bar the occasional misstep – deliver in spades. The Timm-verse, as his unique take on DC’s iconic heroes and stories has been christened, is just as iconic as those heroes and the golden standard in animated superheroics. So when the announcement of Justice League vs. The Fatal Five would be set in his version of the Justice League show, with him executive producing, I couldn’t fast forward time enough!

Well okay, I can’t fast forward time at all, but if I could, I really would have because it would be worth the lost hours for another, out of the ballpark animated Justice League smash. 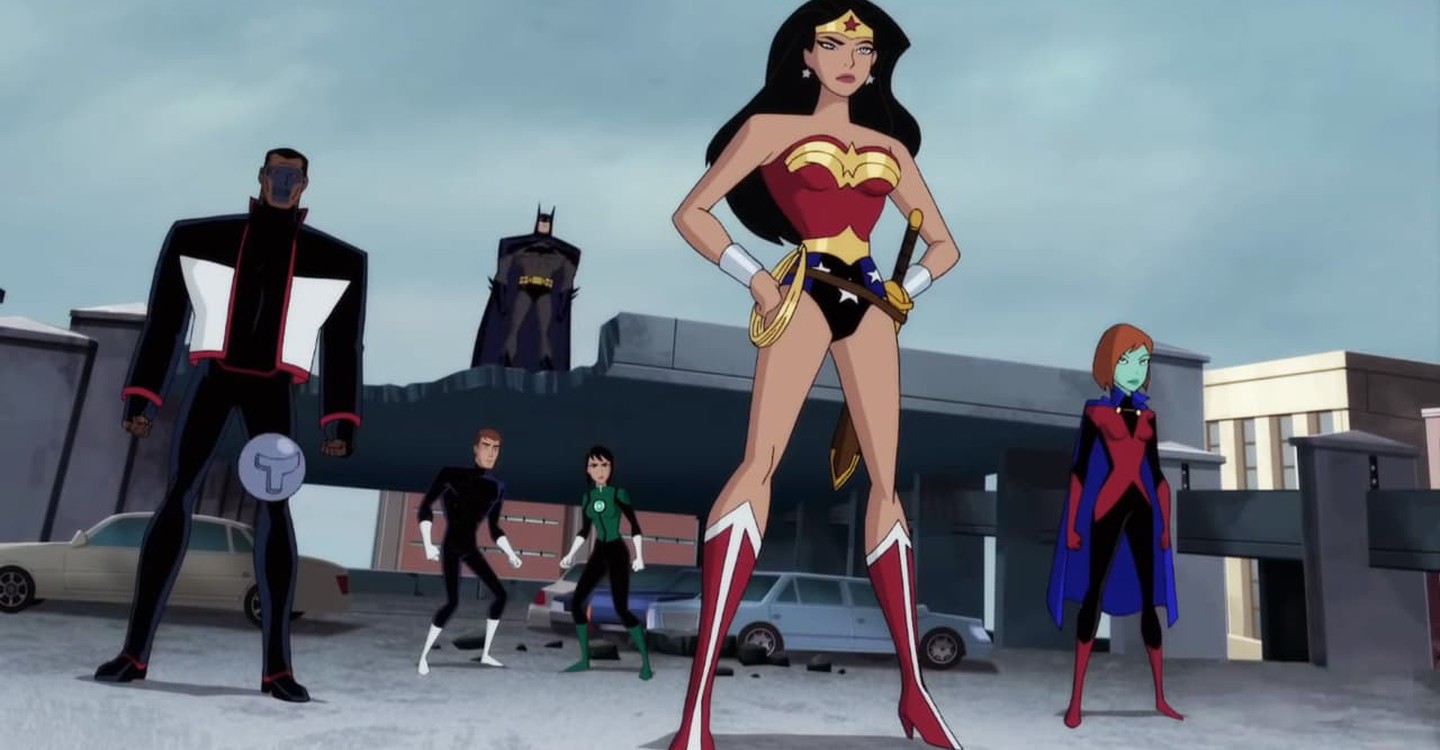 Part of what makes the aforementioned shows so great is that, despite the perceived kiddy nature of the shows, they deal with some seriously adult themes and Justice League vs. The Fatal Five is no exception to that rule. It’s bright, shiny, delivering the best of what heroes are supposed to be and do, while also showcasing the serious issues that some of them may have to deal with. At a scant one hour and seventeen minutes long, the movie doesn’t delve as deeply into the nature of our protagonists problems as it could have, but it’s rather significant that it showcases mental health issues at all.

It’s bright, shiny, delivering the best of what heroes are supposed to be and do, while also showcasing the serious issues that some of them may have to deal with.

The story goes that the four members of the Fatal Five travel from the future to the past to save their fifth member and destroy the future, specifically the Legion of Superheroes, from existing. The only thing to stand in their way is time-displaced Starboy (Thomas Kallor), the Justice League and their newest recruit, Green Lantern Jessica Cruz. 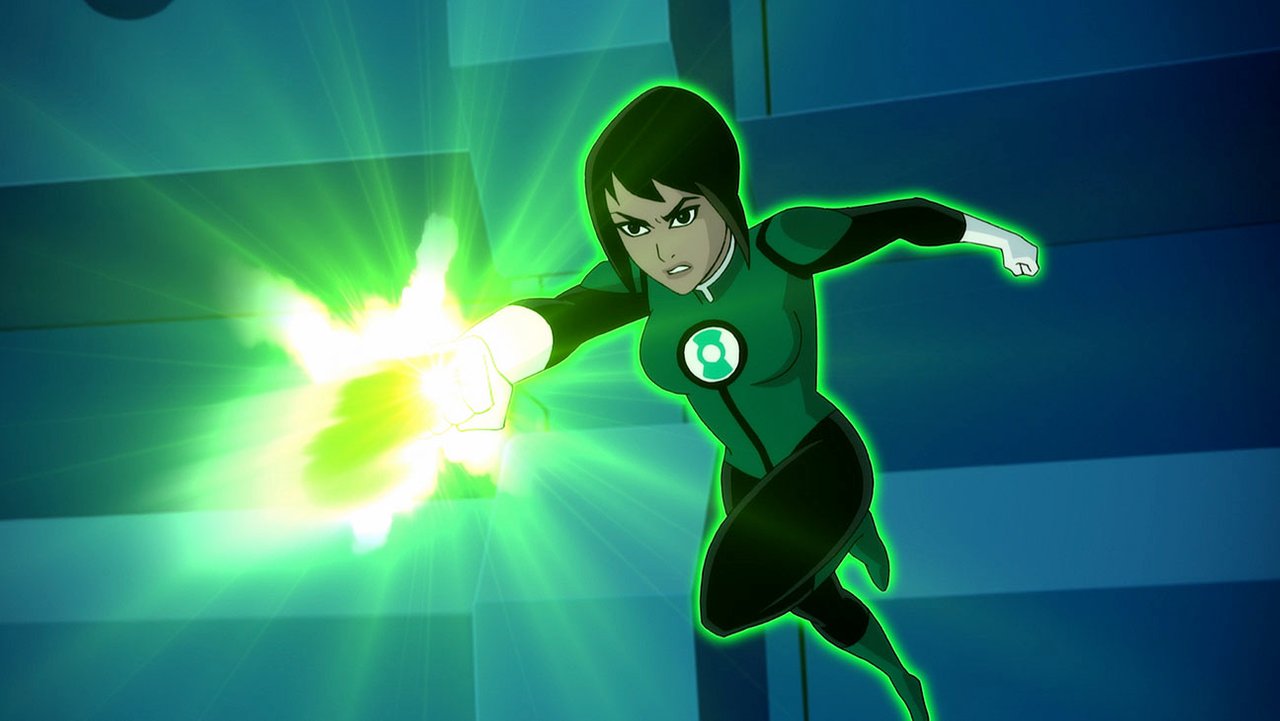 As wonderful as it is to hear Susan Eisenberg’s Wonder Woman and Kevin Conroy’s hyper-iconic Batman, this movie is Cruz’s and Starboy’s vehicle through and through and Diane Guerrero (Cruz) and Elyes Gabel (Starboy) rise to the occasion.

Cruz seems to be the oddest choice for a ring slinger as, when we meet her character, she suffers from severe PTSD and a crippling fear of leaving her apartment. Starboy, meanwhile, needs a drug that stabilises his mind, which doesn’t exist in the past. Both characters have to overcome their issues to stop the Fatal Five from wiping out all life on Earth, though Starboy has the hardest issue to deal with as his behaviour becomes more erratic over the course of the movie. Only one line of thought serves to keep him mostly grounded, and by the sixth or so time it does start to grate whenever he utters it, but during the final encounter, it pays off to terrific, heart-breaking effect. While the overarching plot is just another day in the life of the League, it’s the subtext of overcoming one’s limitations that pays off nicely. There’s a little heavy handedness about embracing one’s destiny that the movie could have done without. It is, however, a testimony to the superb skill on display by the writers that in the movies short runtime they make you care about these new characters to the extent that the ending is a bittersweet, kick to the nethers that will have your heart in your throat.

There’s a little heavy handedness about embracing one’s destiny that the movie could have done without.

If all you’re after is action, then Justice League vs. The Fatal Five delivers it in spades. From a running battle in a town that results in the destruction of a parking garage to Cruz showing just why it was that she was chosen as a Green Lantern, this movie fires on all cylinders. The relatively simple and clean designs that Timm is famous for keeps the action from becoming indecipherable. The animation is equally gorgeous and falls perfectly in line with the Justice League and Unlimited style. 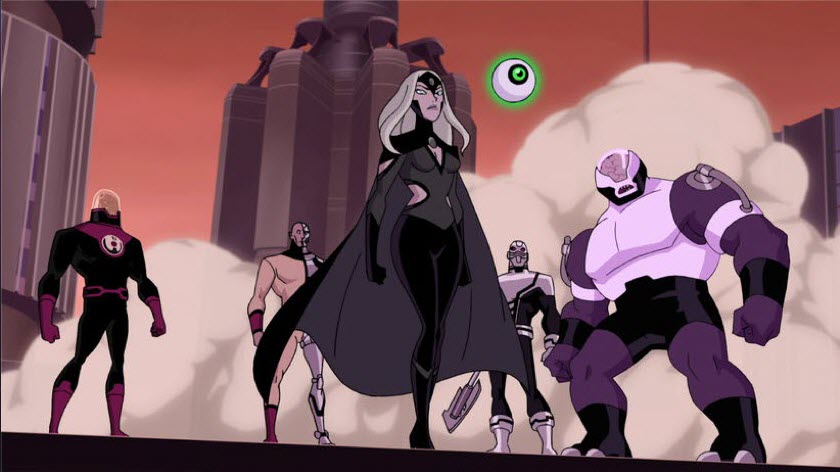 Justice League vs. The Fatal Five could have benefited from a more complex story, but as a showcase for Jessica Cruz’s origin story and Starboy epitomising what it is to be a hero along with some stunning action setpieces, this return to the Timm-verse is an overly long, overdue, unmitigated success.
9

The main story is a bit bare bones.