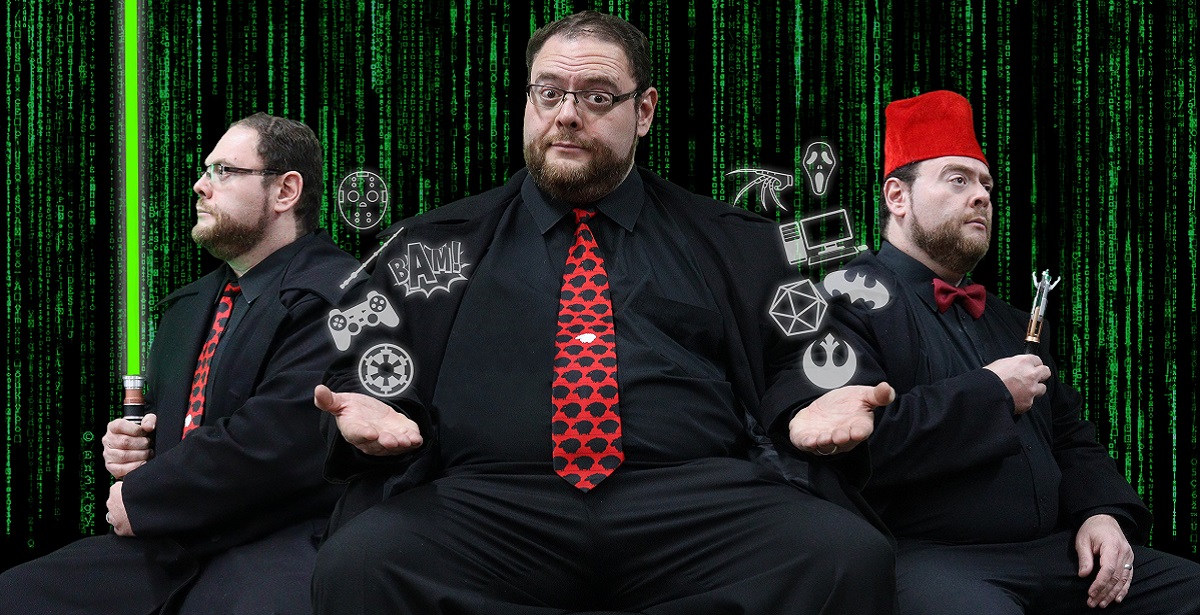 If you’ve ever been to ICON comedy, you’re in for a treat. Stepping away from his role of MC to the main event, Vittorio Leonardi brings you his new one-man show—all geek, all true and all free for you—entitled It’s All Geek To Me.

Since 1999, Vittorio Leonardi has tried to show audiences a new way to see the world – slightly skewed, quirky and governed by cartoon law. Now, with a career spanning over 20 years, he explains his path to geekdom and how, in the end, we’re all a little geeky.

In It’s All Geek to Me, Vittorio trawls through music and movies, theatre and the back alleys of the internet to deliver his take on horror film logic, the merits of the musical, the internet’s infatuation with cats, his experiences of ADHD and how it all comes together.

In his new one-man show, the great questions of the internet shall be answered, like why the internet used to scream and why does wrestling seem more real and authentic than social media? Strap in and let him talk geeky to you, baby.

About Vittorio:
A 20-year stand-up comedy veteran, Vittorio got his start listening to the greats thanks to two brothers and their voluminous cassette collection. However, it would be the acting bug that bit first, leading him to study drama at Pretoria Technikon. But, not to be outdone, comedy prevailed and has taken him across the country and the world ever since.

In 2014, he represented South Africa at The Laugh Factory USA's 1st Annual Funniest Person in the World Competition, finishing 10th of 300 entrants, the performance of which can be viewed here.

On the small screen, he is a regular writer for SABC 1’s local gossip show The Real Goboza and has been a scriptwriter on local sitcoms including Thandeka's Diary, Abo Mzala and Ses Top'La.

No slouch in front of the camera, he can be seen in the 2009 sci-fi blockbuster District 9 and 48 Hour Film Project, Death's (Man)date, where he earned a Best Actor Award.