Is E3 in Serious Trouble? 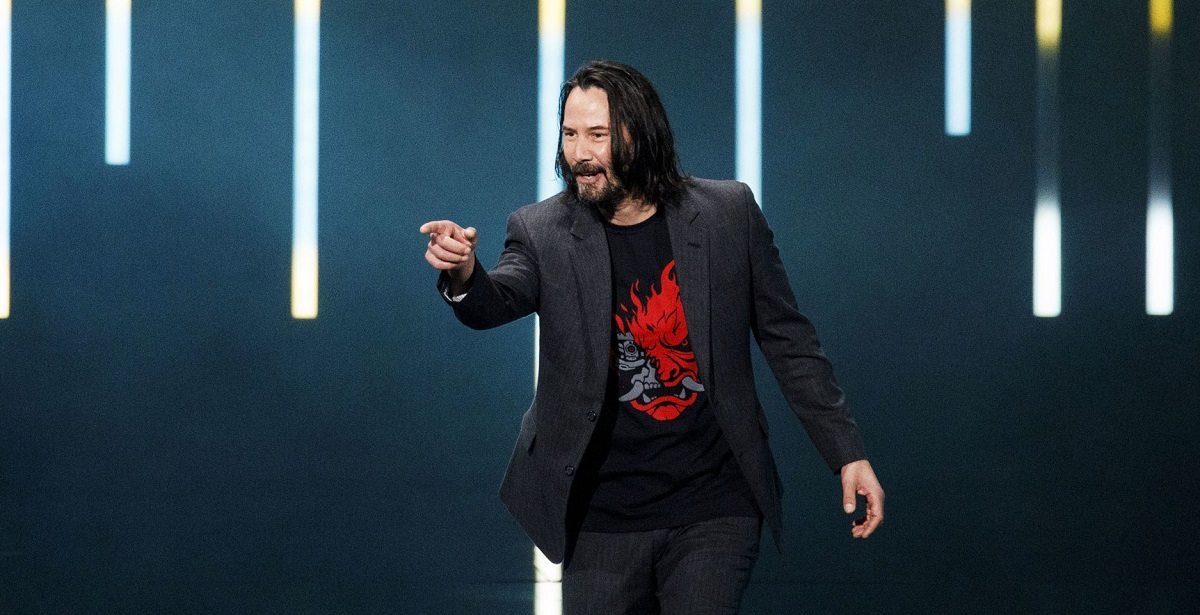 E3, or the Electronic Entertainment Expo, has always been that one magical time each year for the gaming industry and community. Ever since it opened in 1995 (as nothing more than a glorified investors meeting, really), it has evolved to be the one place where developers and publishers could gather in huge halls to showcase their newest video games, tech, and more. Reaching its peak in the late 2000s and early 2010s, E3 was a juggernaut event that always riled up the gaming industry thanks to some heavy-hitting announcements. We've seen some amazing moments at these conferences, from the announcement of Final Fantasy VII Remake to Bethesda's incredible 2015 showcase, and Sony's stellar 2016 line-up of some of the biggest announcements and reveals in the shows history. With all that hype carrying E3 forward, one would think that the only way for the expo to go was up, right? 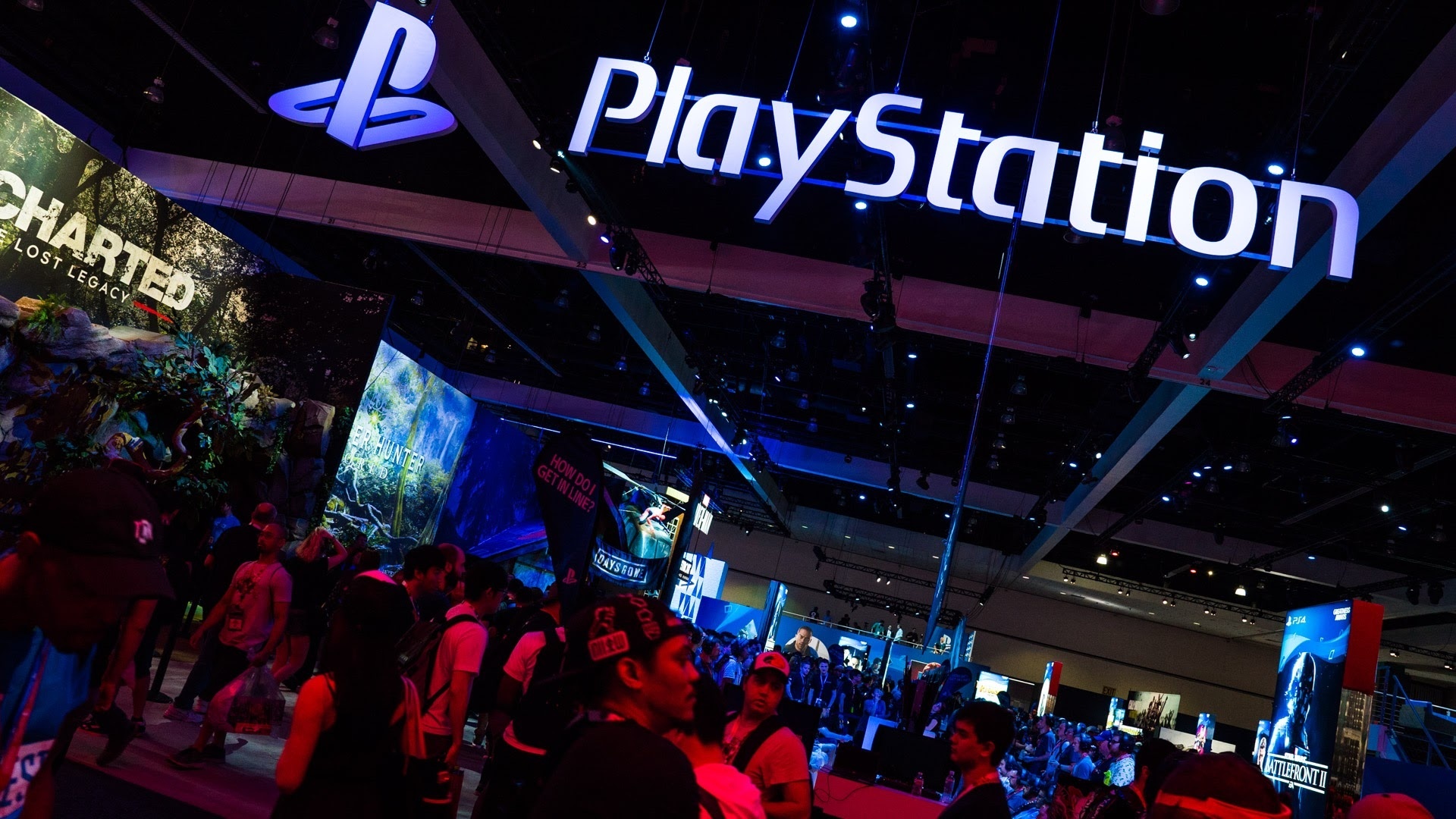 The truth of the matter is that E3 might be in serious trouble. Over the last few years, arguably since E3 2016's mostly solid line-up of conferences and hands-on games, we've seen a steady decline in the overall quality of their shows. The conferences, broadcasted internationally to every gamer in the world, is usually what many associate E3 with. Unfortunately, we've seen the greatest dip in quality there. E3 2019, for example, might've been a great showcase of new trailers, but the general consensus seems to be that the giant expo was certainly lacking in the gameplay and new announcements departments. A huge factor that might've contributed to that dip was Sony's decision to pull out of the conference line-up entirely this year, instead favouring smaller, more digestable Nintendo Direct-inspired online presentations with State of Play - and that's just the first in a major domino effect.

E3 2019, for example, might've been a great showcase of new trailers, but the general consensus seems to be that the giant expo was certainly lacking in the gameplay and new announcements departments.

Last year, The Game Awards played host to a firm list of big game announcements, from Obsidian Entertainment's unveiling of The Outer Worlds, the hype-inducing introduction of Persona 5's Joker into the Super Smash Bros. Ultimate roster, and even Mortal Kombat 11, among many others. These kinds of major announcements were once synonymous with E3, but now, developers and publishers are evidently seeing other potential events in which they can conduct their marketing - and as effectively as E3, since many gamers do still tune into State of Play or The Game Awards with increasingly high viewership numbers. 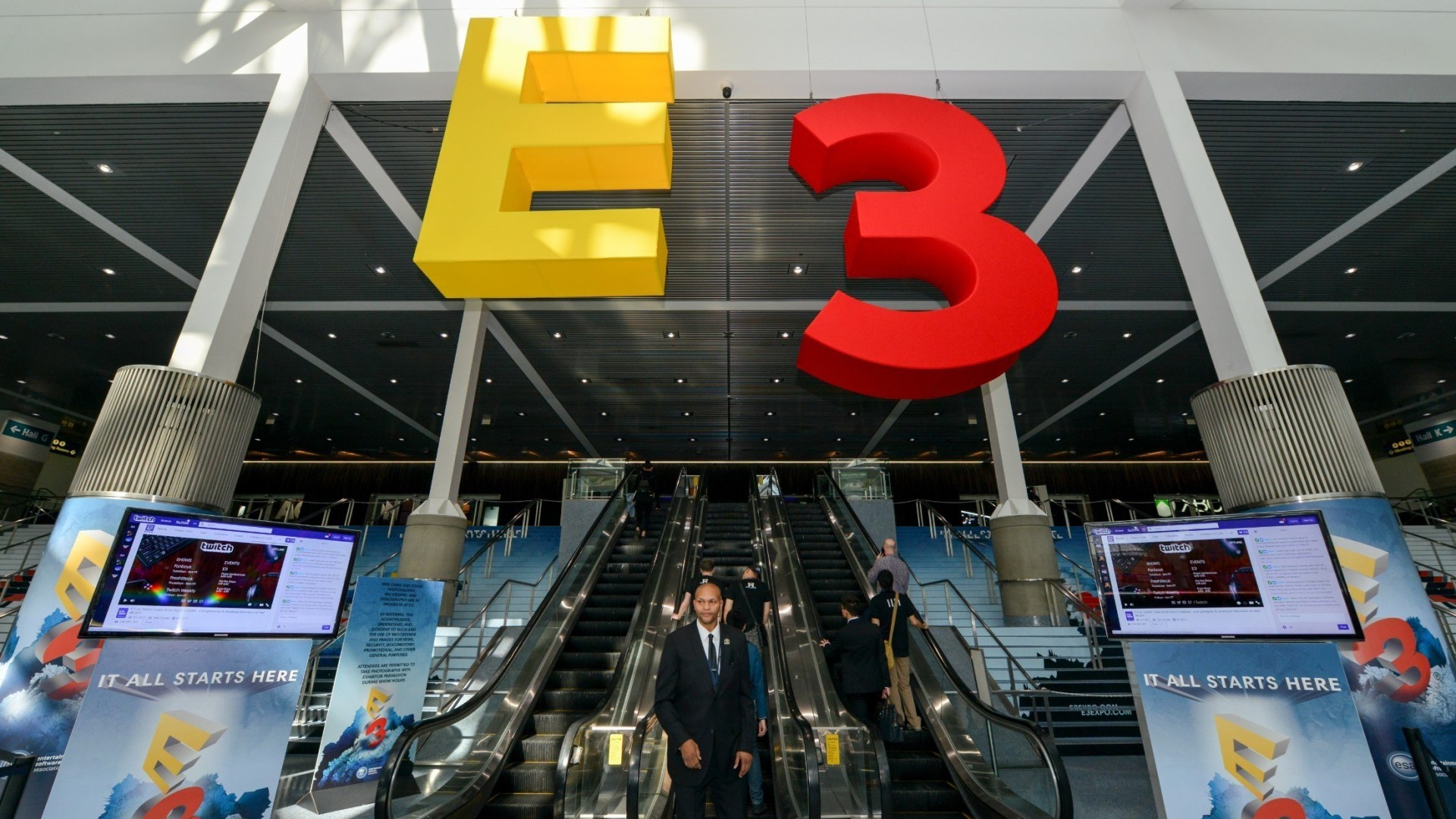 These two events are but a small number of big expos and places in which publishers have chosen to reveal new projects, talk about updates, and welcome new content. PlayStation might have detached themselves from E3 this year, but at the rate they're going, they can comfortably invest in a few State of Play's each year to get people talking - just as they would at their E3 conferences in the past. The same rule applies to PlayStation Experience, or PSX, which I predict will become the next major annual event for the company. It serves a few more beneficial purposes to PlayStation that E3 simply cannot afford. For one, the focus is entirely on PlayStation, meaning they aren't drowned out by the various other publishers present under one event's roof. Secondly, exclusivity. They can use this as a means to build up hype and anticipation for PlayStation fans - for which we know there are millions - and just as easily get away with big game announcements that generates buzz and interest.

We've seen other publishers still take the E3 stage, but perhaps their hearts aren't entirely in it. Bethesda still uses QuakeCon every year as a viable way to showcase their titles, while Blizzard Entertainment dominates an event entirely around their own brand and projects with BlizzCon. There's other companies that I could mention that do have this added benefit, and for the same reasons why PlayStation might have their own exclusive events, they will try to achieve the same end-goal: they want the focus to be on them. 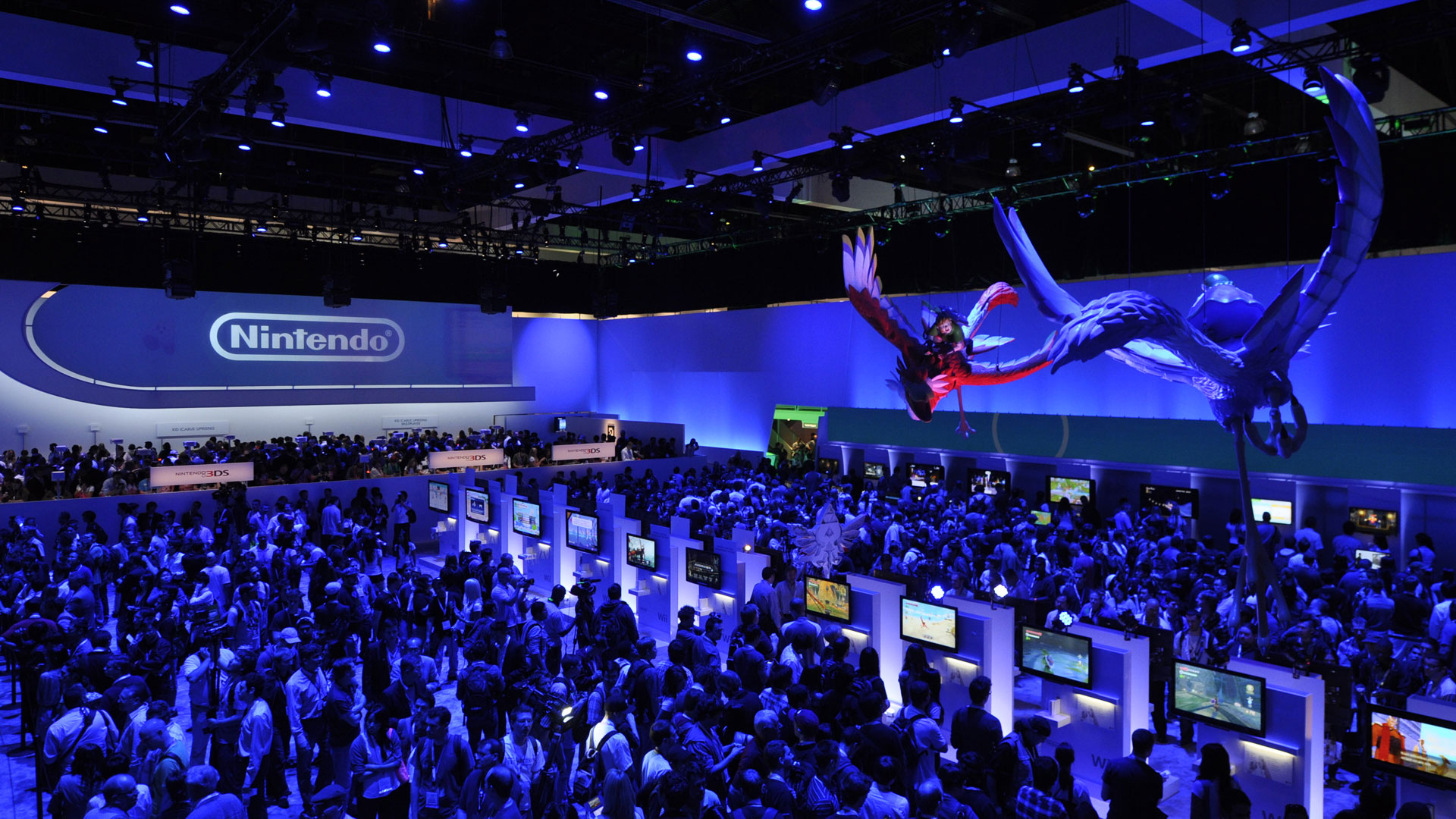 E3 has always been that event where developers and publishers could seemingly co-exist alongside one another, where every game is just as important as the next. As we see the gaming industry continue to evolve and expand into being one of the largest entertainment industries in the entire world, less and less companies are concerned with this "co-existence" option and more concerned with how to effectively market their games to as large of a crowd as possible, and at the same time, ensuring that each of these projects get a spotlight shone on them. Nintendo's Direct presentations are still welcomed with open arms and plenty of hype because they cater strictly to the fans, and with State of Play or any standalone presentation, companies want that kind of clout because they know they're speaking to the consumers who will purchase their products.

We've seen other publishers still take the E3 stage, but perhaps their hearts aren't entirely in it.

The sad reality is that E3's crux, its main attraction, has been spread excruciatingly thin each year because of how much companies are seeing value in other, more feasible events. With Gamescom Opening Night Live recently airing - the first of its kind - it's proven now more than ever that the need for E3 is slowly dying out. Of course, I'd rather not go into great detail about the recent E3 DDoS debacle that saw hundreds of press members personal information leaked online, but that also will dangerously tip the scales of how successful next year's E3 will be. Simply put, it's kind of hard to trust E3 now with personal information when it can be so easily leaked in the first place, so there's a possibility several influencers and journalists will pull out of the notion of attending E3 entirely. 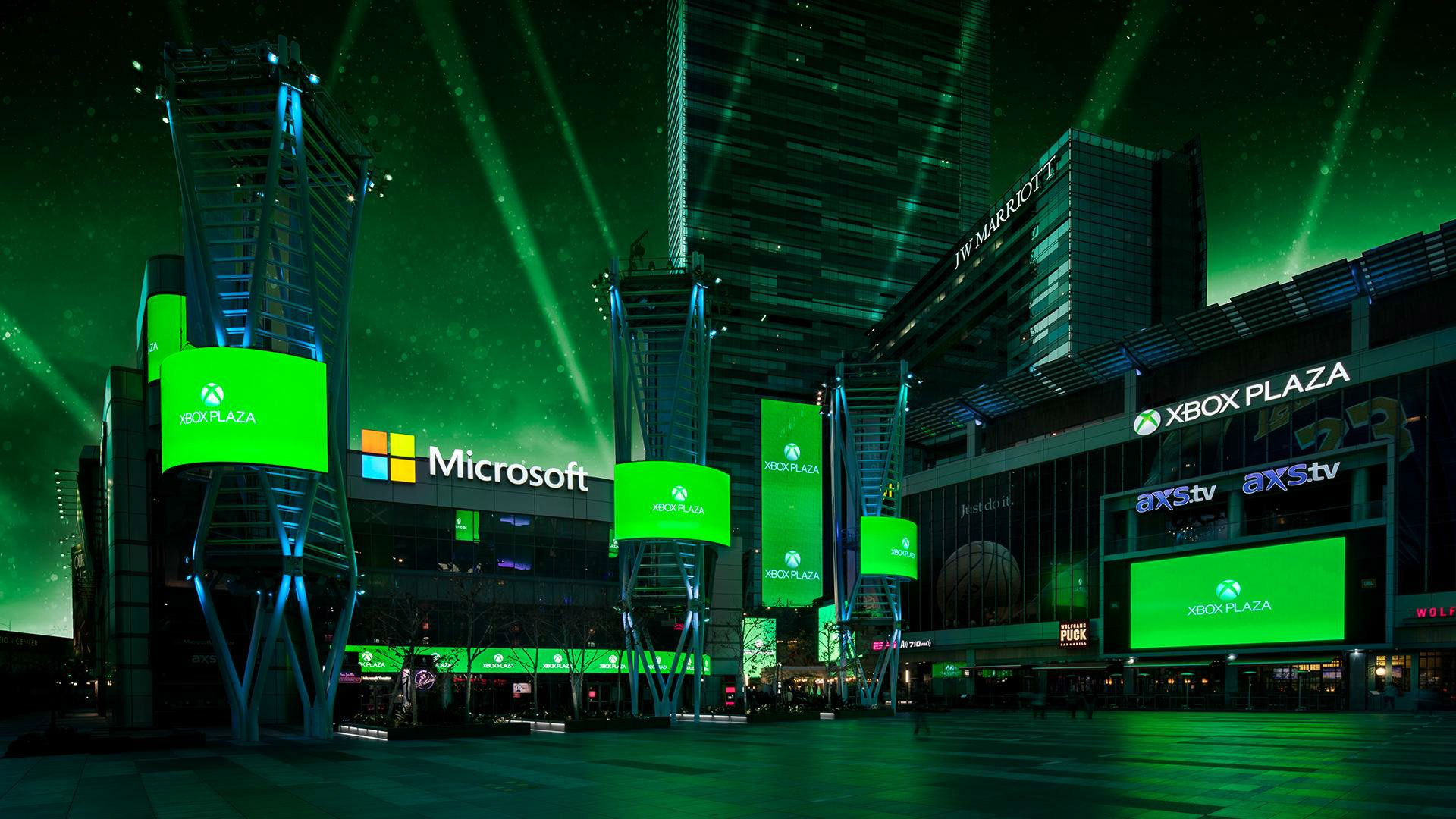 It seems like Microsoft (and maybe Ubisoft) might be the only companies fully taking advantage of E3 at this point, but I wonder how long before Microsoft decides that the "State of Direct" route is more viable for them? Perhaps they'll also reconsider their X0 events each year, just like Sony has PSX?

However, we must also address the period in which the drop in quality is also happening. On the verge of the next generation of consoles, major companies always seem to go quiet as developers begin to get accustomed to new hardware so that they can roll out new games, meaning that dull period of 2017-2019 could be simply attributed to developers having a work in progress and not ready to show yet. For this reason, there might be some optimism for E3 2020 as it will most certainly highlight next-gen, and who knows... Maybe we'll see E3 once again pick up in quality. Unfortunately, they'll still be swimming in an ocean of other events, ready to take the mantle from them. 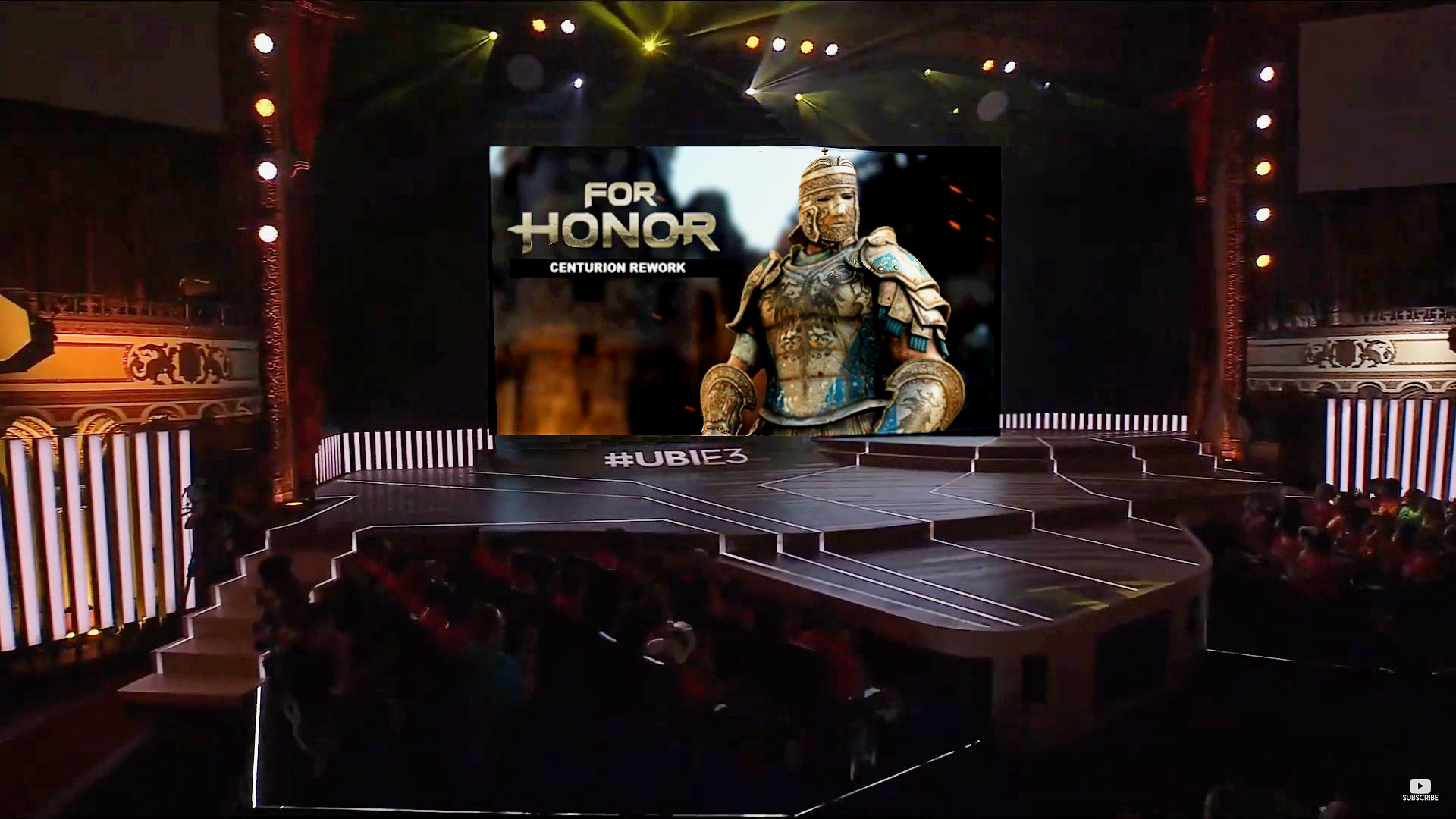 E3 might be in deep waters as its future becomes more and more murky. Make no mistake, I still do look forward to E3 each and every year since I'm still excited to see what every conference holds for the future of gaming, but I've been met with disappointment with each passing year as well. There's been a lot more attention given to smaller events than E3, such as Gamescom, The Game Awards, and many others, that could potentially have the same punch and impact of an E3 if given the opportunity (though there's arguably still work to be done on some of them).

Do you still feel the same kind of excitement and anticipation at E3 every year? And do you think E3 might be in danger given how crowded the year is becoming with individual events surrounding it? Let us know in the comments below.

Lurch
As much as I find brand-specific events painful (the insincere banter from the hosts is enough keeps me cringing throughout), it gives them far more control on proceedings, reduces the chance of public criticism from press or attendees, and ensures they're not fighting for a spot in the limelight.

Also the recent user data leak is likely to keep away the massive number of freelancers that are perhaps even more important than conventional media outlets these days.

Tea
Might just be that shows in general are becoming redundant with things like live streaming, direct digital store demos/ releases and instant global news?

I remember the days of being excited about rAge and seeing games months before release. Thats a thing of the past with the frequency of BETA releases and public access to demos...

DEATHGIGAS
Unless I'm at the next one.

Honestly, E3 doesn't excite me in the least anymore.

Blaze
@Snow Keanu will always be the best thing to happen to E3.