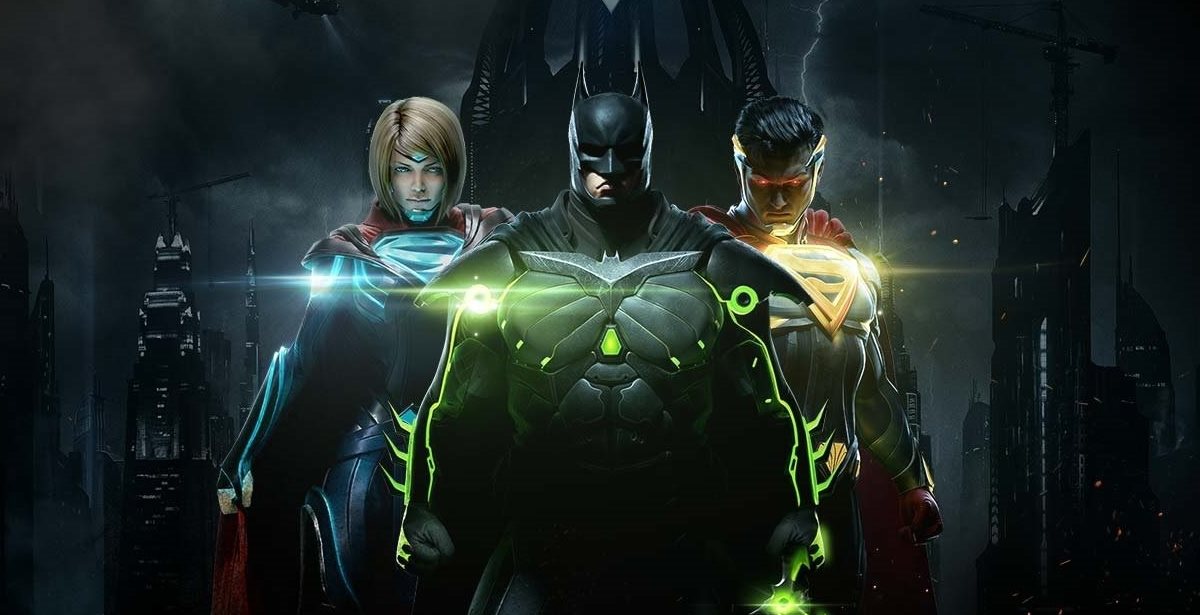 Injustice: Gods Among Us introduced us to a familiar fighting mechanic, used in the more recent Mortal Kombat titles, with a unique spin. The similarities are undoubtedly there but the fact that the Injustice franchise stands on its own is unquestionable. Injustice 2 introduces several changes from the first entry to the series that has refined the fighter for more serious contenders, while keeping the basic controls accessible enough for newcomers who just want to try button mash their way to victory.

Adding a new gear aspect to the game introduces a slight RPG element that allows you to customise both your character's stats, as well as their outer appearance, while maintaining a relatively balanced roster dependant on the player’s skill level. 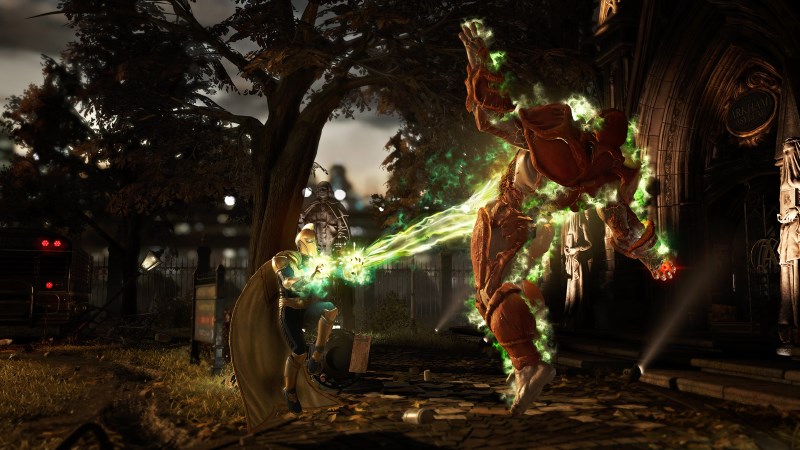 The story campaign is a brief but enjoyable, well written experience. Like Gods Among Us the premise revolves around the harsh dictatorship of Superman versus the overly liberal viewpoints of Batman. Starting off, I found the character models and lip-syncing to be very sub-par, but as the campaign progressed these quirks quickly subsided. The cut scenes towards the end are clean and crisp with characters’ minor expressions bringing out emotion rarely experienced in games in general, let alone the fighting genre. Sadly, not all characters are playable throughout the story mode but when considering that the roster is comprised of 28 combatants, this is understandable.

With a pool of heroes and villains to choose from in Injustice 2, it's a little underwhelming that the writers once again went with the whole "mind-control" plot, even though it has been implemented far better. During this experience, you often have a choice between two fighters after a cutscene. This not only allows you to try out different characters but also leads you down a path to alternative endings.

The gear system acts as a character’s various skins. Characters have a dense amount of upgrades that can be applied that can completely change the look of the original character. In some instances, an entire skin is unlockable through the in-game currency, or obtained by purchasing the Ultimate Edition of the game. 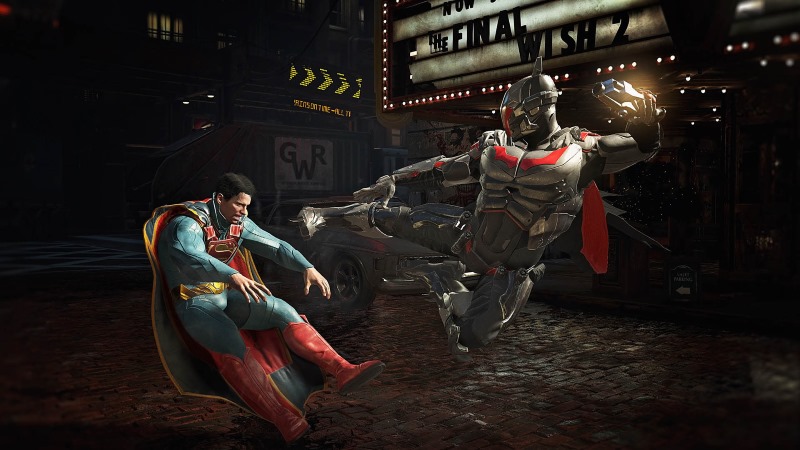 The core combat system for Injustice is back; Light, medium and heavy attacks, paired with a power move unique to every character. Level transitions, super moves and environment hazards are still just as prevalent and easy to pull off, even if it’s your first time playing the game. Clashing also makes a return but this time around your Super Meter plays a far more important role so cashing in all your bars isn’t always the best way to go. Bars from the meter can now be used to block aerial combos, execute a hit evading roll and deal out character specific meter burn attacks. These tweaks, when performed correctly, are the difference between a close-cut victory or a frustrating defeat.

The standard tutorial feature allows these mechanics to be practiced with thorough access to frame data that properly shows the consequences of your actions.

The Multiverse is an ever-changing mode that randomly generates differing instances of your battles. If you’ve ever played Mortal Kombat X you’ll be able to draw similarities between the Multiverse in Injustice 2 and the Living Towers in MKX. Battles for the most part limit you in one way or another, manipulating either gameplay or your health-bar. Making your way through these parallel universes is the best way to obtain loot for the gear system. Even though not all challenges are enjoyable, players are at least rewarded with in game currency, experience points, a shiny new piece of stat-improving armour or a fresh colour pallet.

Each character has five gear slots, two ability slots and the colour shader each of which can be customised to the nth degree. Accumulating many different items and allocating them to your favourite hero or villain is a rewarding task, providing your character’s experience points match that of your newly obtained loot.

Online matches are always a contentious issue with fighters especially with so many varying line-speeds. When playing ranked and unranked matches, as well as the King of the Hill, I found that for the most part fights were smooth depending on the opponent. I experienced a few dropped games before launch and one lag-ridden encounter but after launch didn’t encounter any issues. The private battles were all perfectly glitch free.

AI battles are available for players that want to train for online battles, those who are looking to master a character, or those who just play a random character. It doesn’t hurt that this is a good way to acquire new daily loot boxes. You create a team of three characters and put them against another fighter’s online team then watch them go at it in a simulated, sped-up battle. 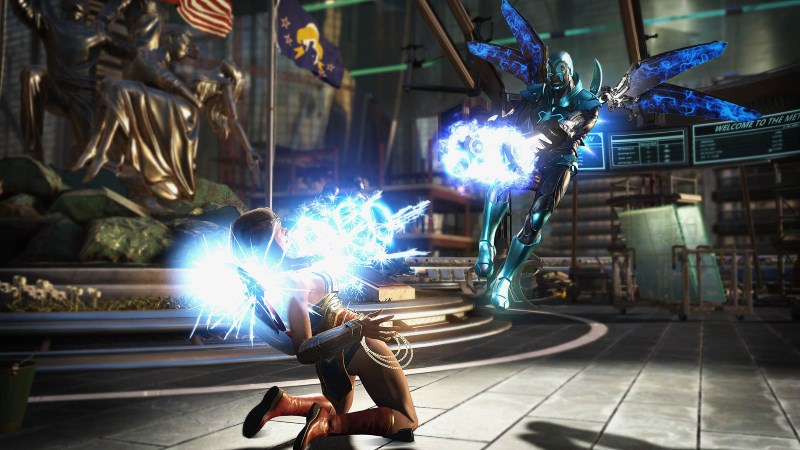 Injustice 2 offers a constantly changing Multiverse, strong fighting mechanics, accessible gameplay and a well written story mode. With a variety of online and single player modes along with the guild feature to team up with friends to combine your stats, Injustice 2 offers something for fighting fans of all calibers. The gear system, while rewarding, can be a grind when trying to get hold of a specific item but seeing your character evolve is usually worth the effort. If this is the benchmark that NetherRealm has to offer we have an exciting future ahead for the captivating DC fighting franchise.

Accessible to both casual and competitive players

Rewarding gear system can be a grind 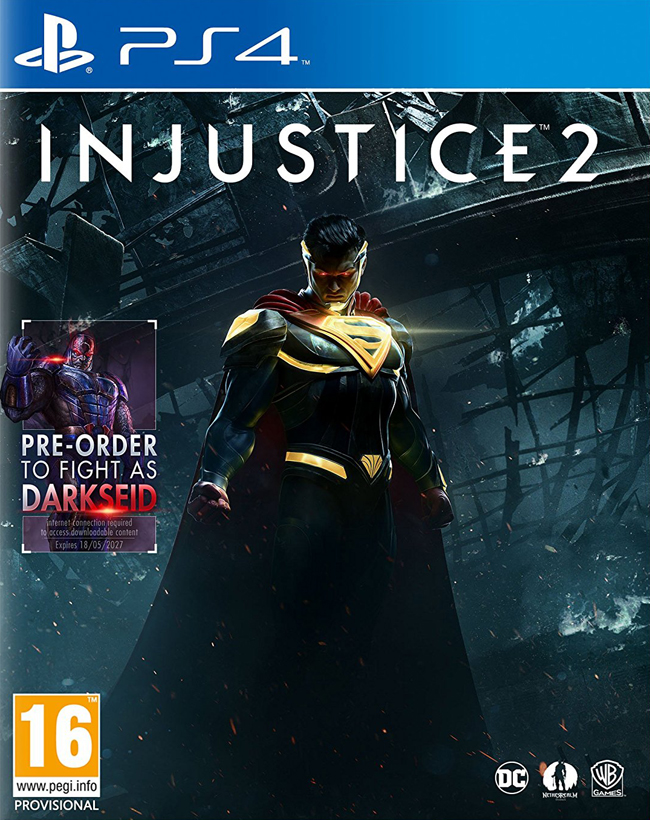