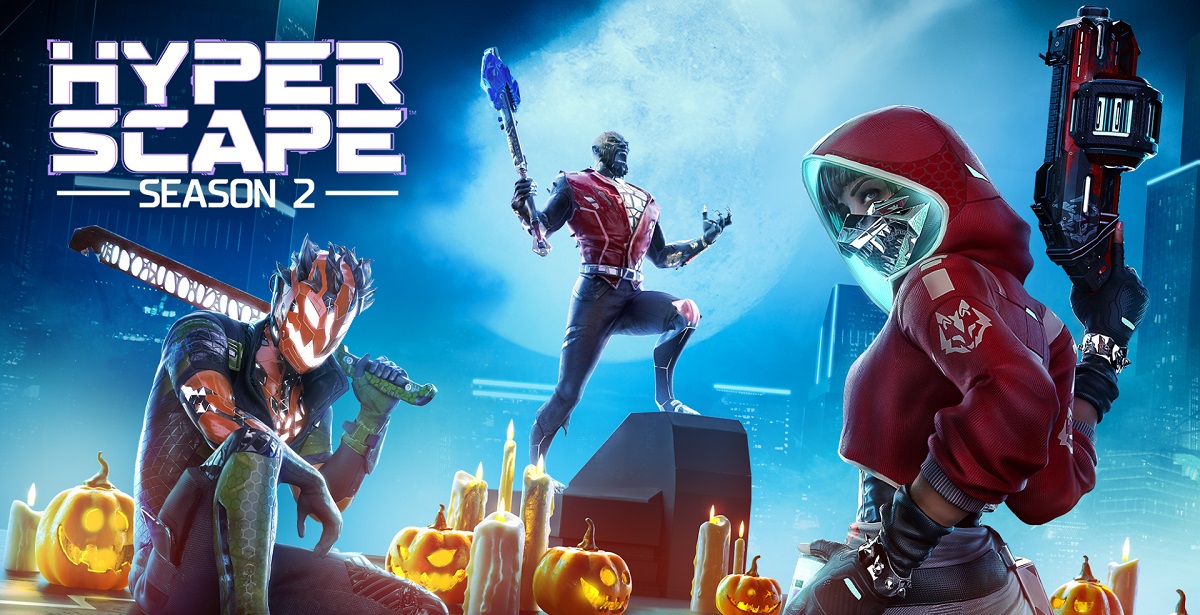 Hyper Scape, the unique, futuristic battle royale from Ubisoft, released free-to-play a few weeks ago, and has seen a consistent player base returning the the madness and striking design of Neo Arcadia. As is custom with many shooters and ongoing live-service games on the market, though, what better way to celebrate holiday seasons by having themed events? This time, Hyper Scape has embraced the jolly scares of Halloween to bring a reworked playground of Neo Arcadia, complete with a bunch of spooky festive activities.

Hyper Scape's Halloween Event, as part of Season 2, runs from October 20th (today) all the way until November 3rd, so don't miss out on the event for the next couple of weeks. Ubisoft provides a description of the event, "This October, night falls over Neo Arcadia. Join Hyper Scape's Halloween event to play new game modes, get exclusive cosmetics, and of course, bring terror to the competition." The best change to the game is how Neo Arcadia looks. Instead of the usual daytime heated matches, night will now fall over the city, making the neon visuals stand out even more. In addition to this, you'll also get a chance to earn new rewards and cosmetics, as well as play in two limited-time game modes, starting with Crown Rush Solo and Dark Haze Squad coming at a later stage.

Crown Rush Solo will introduce a new feature called Second Chance that will allow players to come back from the dead (quite fitting for a Halloween event, right?). Players knocked out within the first few minutes of the match will be taken back to their deployment pods, and will get another chance to hop into the action again. This will change up the dynamic of each match considerably, though it's only here for a limited time so don't miss out.

Hyper Scape is now available for PS4, Xbox One and PC.