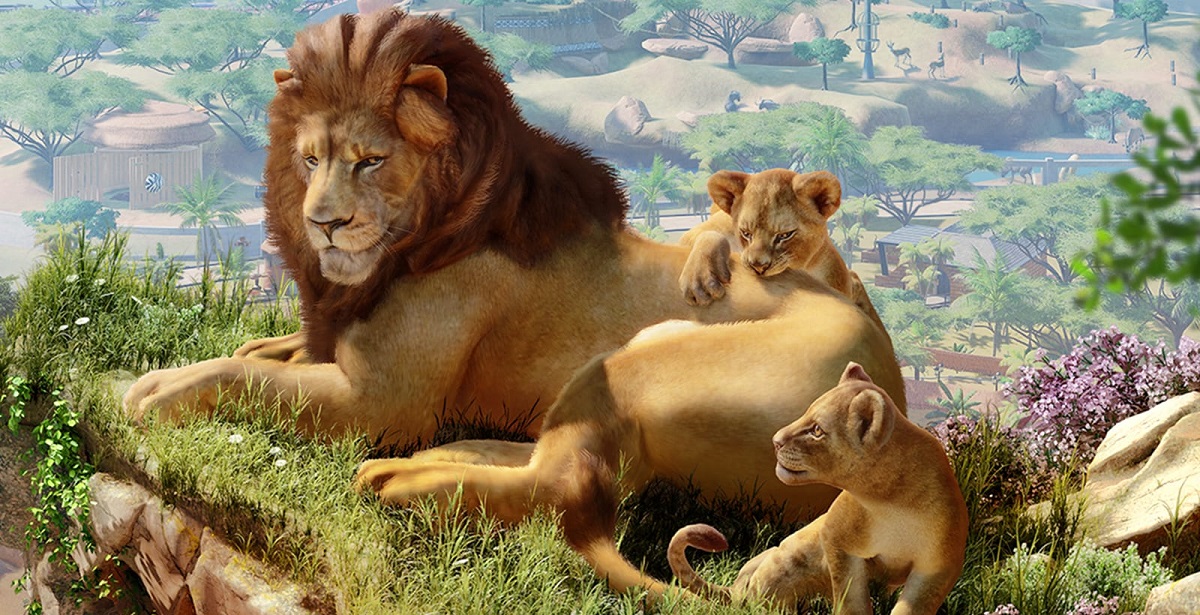 As the world faces a global pandemic, several countries have gone into lockdown, quarantining them from the outside world in order to prevent the spread of the novel coronavirus. Gamers suddenly find themselves in quarantine too, and with that comes our favourite way to pass the time: gaming. Here at Nexus, we like a wide range of genres, but simulation games seem to be one of our fondest pastimes. Whether they're building zoos or maze houses for Sims, there's no shortage of things to do in our favourite simulation experiences. That's why we've taken in upon ourselves to present five great simulation games to play in quarantine, starting with...

Planet Zoo takes almost everything we love about Zoo Tycoon and packages it into a simulation that has Photoshop-level customisation. You can build fences from scratch, and pretty much go on a therapeutic journey of making nice little homes for the animals coming into your zoo. The fact that we have so much time on our hands during lockdown, this game would be the perfect simulator to get your hands on. If you have a keen eye for attention to detail, you'll lose hours just making the perfect biome.
- Keegan Govender

Two Point Hospital is clearly inspired by the original cult classic Theme Hospital. Much like its spiritual predecessor, Two Point Hospital charges you with creating a successful and capable hospital that must deal with creative challenges. As your catalogue of health care practices expands, so do the environmental tests that are thrown your way. Fortunately, you will find yourself caring for patients with ailments that are far less terrifying than those that exists in the real world, such as 8-bitten, which turns the inflicted into an 8-bit character. The game also allows you to compare yourself against your friends as your performance will be pitted against those you have connected with on your chosen platform, which adds a healthy amount of competition to the title. Two Point Hospital is a perfect game for those who enjoy games that focus on simple building and problem-solving.
- Devin Rigotti

While it may not be the newest entry in the series, Anno 1404 may very well be the best. If you enjoy extreme micro-management, logistics, and meticulously building cities in grids, then this is the game for you. The campaign does a great job of showing you the ropes and keeping you engaged with fun storylines and characters- from there, you’re free to try out other story-type scenarios or even an endless sandbox mode to put your creative and managerial skills to the test. The game also features naval and land combat, which offers a nice change of pace from the city-building loop.

Despite being a 2009 release, Anno 1404 has satisfying gameplay and surprisingly pretty visuals that still hold up today. If you (and your wallet) are up for it, Anno 1800 is a newer, modernised experience with very similar gameplay that looks simply stunning. That being said, 1404 is a great starting point for newcomers to the series at a fraction of the cost, with tonnes of replayability that’s sure to keep you busy for hours on end.
- Candice King

If you're looking for a simulation game that you can literally spend hours and hours in, Cities: Skylines is the game for you. It recently went "free" on PS Plus and there really isn't a better time to get into the game. Players can build the city of their dreams and the game has a surprisingly complex web of interwoven mechanics. You don't need to be a micromanagement maniac either. The gameplay is pretty simple to grasp and despite there actually being a deeper learning curve to overcome, after a couple of hours, you'll be creating marvelous metropolises.

Simulation games have come a long way and Cities: Skylines is a great title that really should be played by more people. If you're playing the game on PC, you'll also have the ability to mod it to your heart's content. Seriously, give it a go!
- Sahil Lala

I'm gonna cheat a little and recommend my simulation game as The Sims 4, because having recently sunk a good amount of time into EA's landmark "sim" title, I can safely call it an enjoyable time. While not nearly as diverse or content-packed as The Sims 3, the fourth entry does provide players with agency that few games can accomplish. The character creation is fun, albeit limited, but the the diversity in its styles of play has really been kicked up a notch. I found myself crafting elaborate death houses (because who hasn't done this in The Sims?) with ease thanks to the streamlined controls. There's a wide list of DLC to also tackle, making this one of the more ideal games to play in quarantine.
- Sam Aberdeen

What are some of your favourite simulation games?

Lurch
I've been enjoying - albeit quickly losing interest in - Aven Colony. It's a fairly streamlined management game (check graphs, build appropriate structure) but gives you 90% of the structures in the first mission of the campaign, and only adds 1-2 each mission after that. Good as a tutorial I guess before moving onto the highly-customizable survival maps to challenge yourself.

Douw reviewed it a while back - https://nexushub.co.za/nexus/aven-colony.html