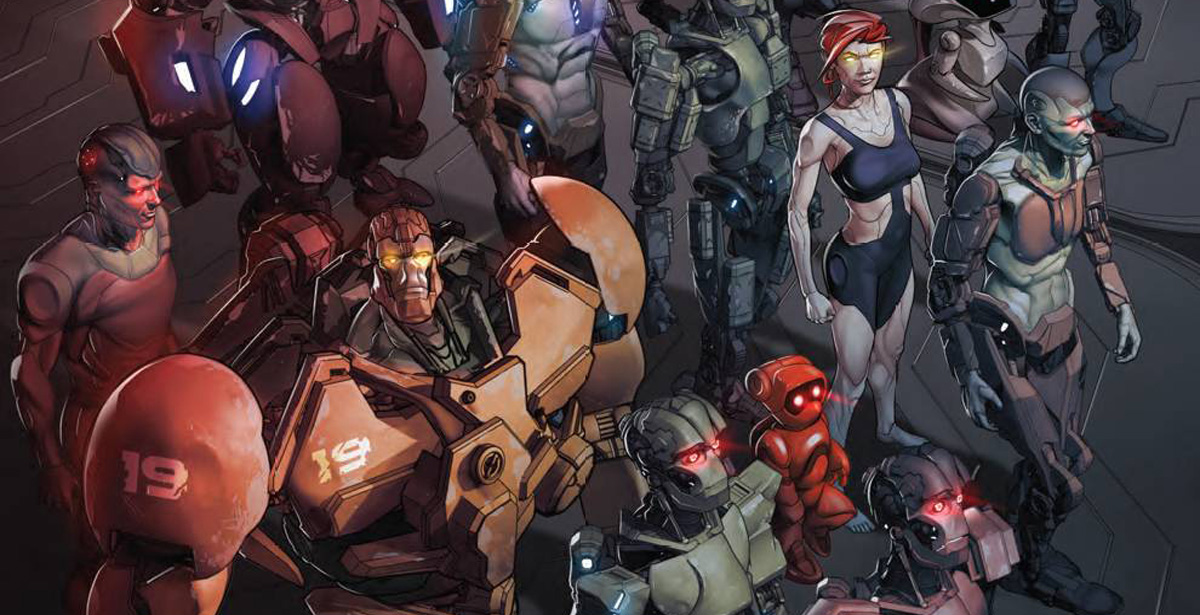 From writer Ryan Parrott and artists Omar Francia and Marco Itri, we see a new look at the old “A.I. robots fight back” themed story. Sure this has been done a hundred times over by now, and while their version does bring some new ideas, or amalgamating different ideas into the theme, it still doesn’t feel incredibly original or awe inspiring. But it’s not awful either.

In Volition, once A.I. is discovered and robots are mass produced to “assist” with the jobs that humans can’t or don’t want to do, there is no uprising and destruction of the human race, that most versions of the tale indicate there would be. It’s more a Blade Runner kind of vibe, where some want to kind of rebel, but most are just living out their lives. Their explanation is that the most common reason for that sort of uprising is that when computers gain awareness, there is like a hive mind concept shared throughout and they all see that the human race is then the problem that needs to be eradicated, while in Volition’s version, each individual system or robot or synthetic person gains their own individual awareness, and thus their own individual personality. And as such, each has their own hopes, dreams, ambitions and goals. They go through the same social struggle as any other race would in a new or antagonistic society. They start as slaves, fight for their rights, eventually achieve freedom but then find themselves subjected to the same prejudices and non-equality issues that have plagued humanity ever since civilization began, probably even since before then. 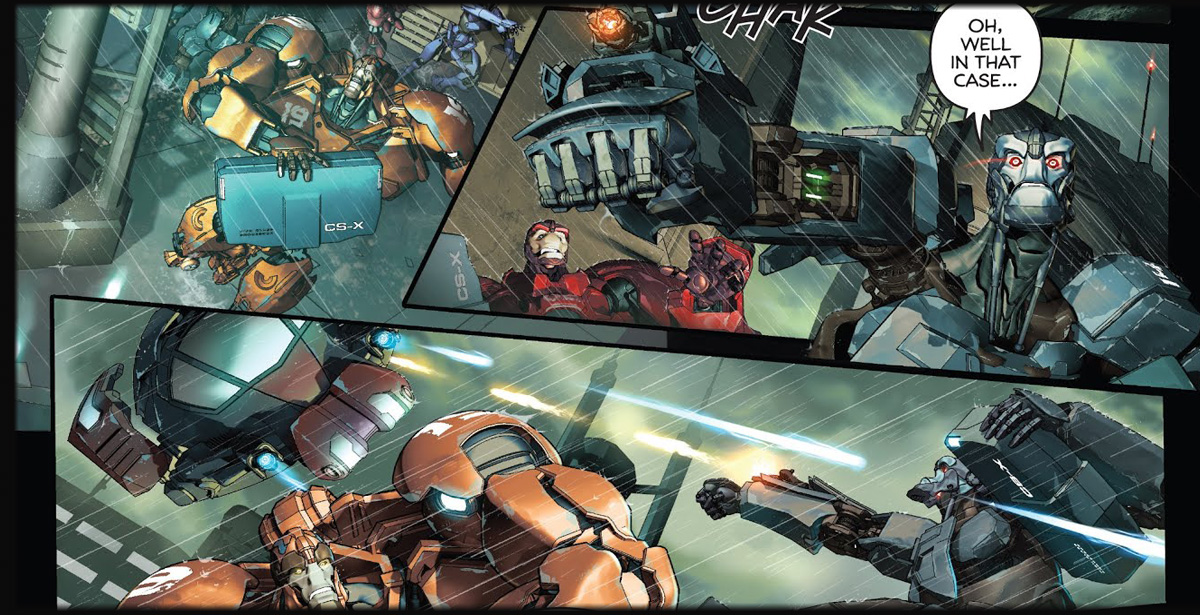 Added to the volatile political and social setting, a virus has developed over the last few years, nobody knows where it came from or why, but it is incurable and turns the mind of the robots to useless gibberish, forcing them to be decommissioned if they get the virus. It seems to mostly hit those that unitize illegal upgrades, but it’s also implied that no robot is actually safe. You get the feeling of something like a cross between HIV and cancer, that has the preconceived notion from society that it is both the fault and risk of the lower classes, but of course neither of these notions are true. It is also hinted at that this virus might actually have been engineered on purpose, but any detail there has yet to be explored.

So basically these beings are conscious, consider themselves to be alive and equal to humans, have their freedom, but are still generally considered to be little more than “just” machines by the majority of humans. There’s a virus that is slowly and indiscriminately wiping them out, and the common belief amongst the A.I. community is that the only one who would be able to find a cure is the Dr that created A.I. in the first place, Elizabeth Traymor, but she is believed to be dead. When a synthetic nurse encounters a patient that believes Dr Traymor is still alive, a perilous quest to find the Dr begins. But there are powerful forces that don’t want this news to get out. 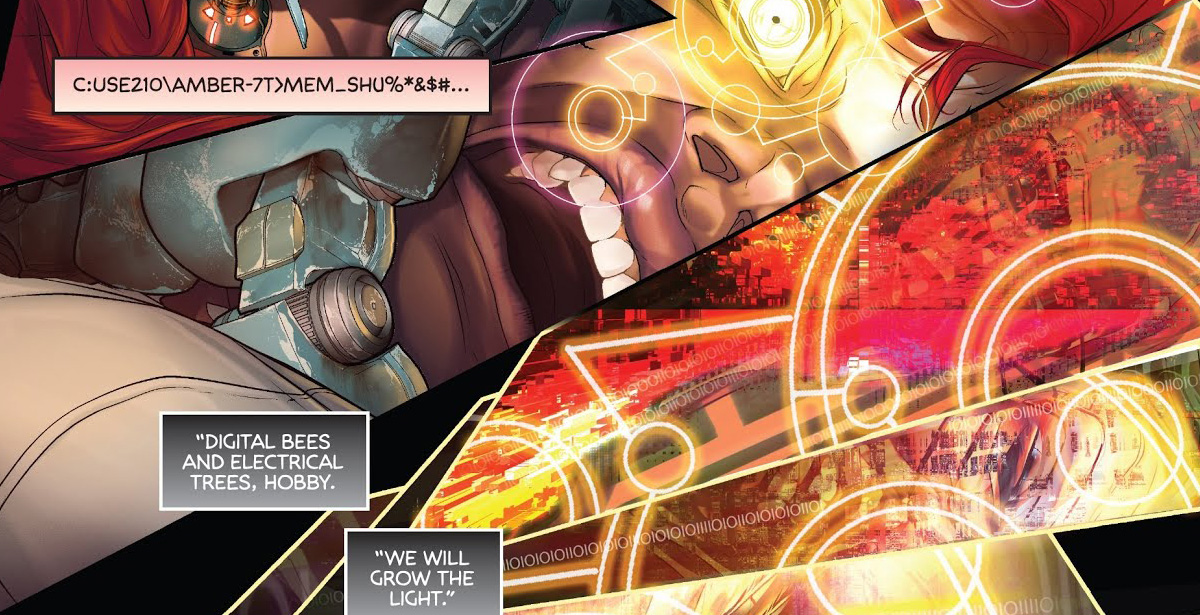 As I said, Volition didn’t really feel like a very original idea to me, a mix of a few different plot lines to run with something new but not entirely new. What made the comic worth reading for me was artist Omar Francia, whose vivid illustration and the remarkable ability to convey all sorts of emotion and depth of feeling onto the faces and poses of the robots was something quite engrossing. But halfway through the book, Omar is replaced by Marco Itri, whose artistic style is completely different, and once you’re used to the beauty of Francia’s artwork, it just felt like there wasn’t enough keeping me invested in the book anymore. I feel that obviously if Omar Francia had done the entire book it would have been by far better, or even if Itri had been the artist from the beginning it might have been okay without the comparison, but as it is, I felt this transition mid story really just killed whatever chance this book had. It’s a reason I feel that publishers should be more attentive to considerations like contracts, scheduled releases, and even having issues prepared before release.