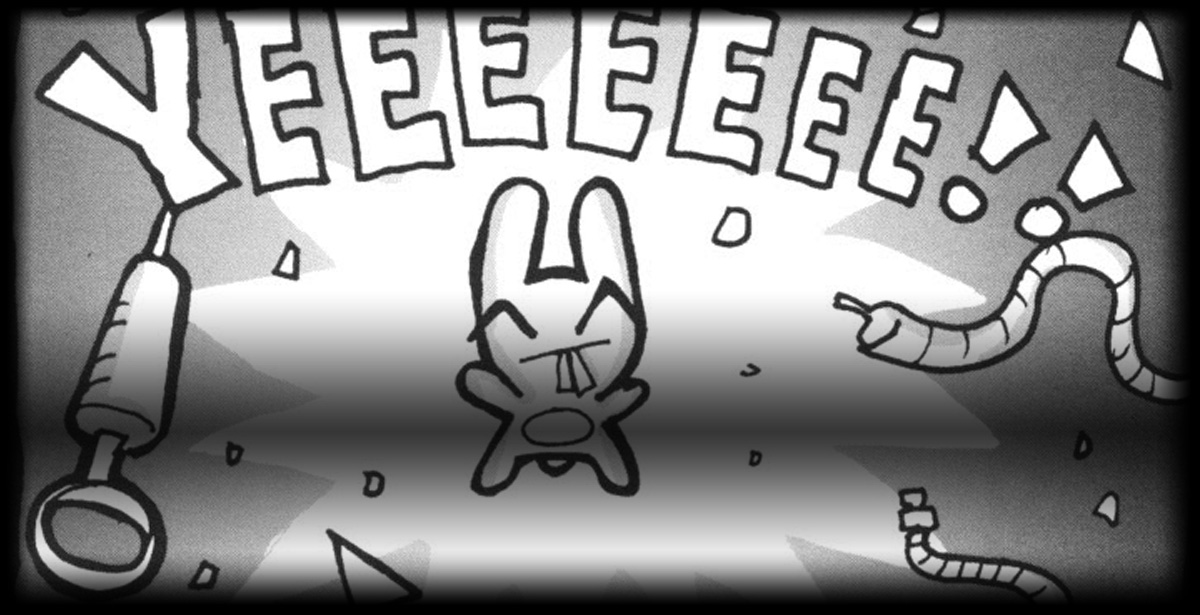 The world has changed a lot since 2014. It doesn't feel like it sometimes, it's only 5 years after all, but when you read a book like The Collected Works of Filler Bunny, well, it was pretty controversial then, but now I don't know if it even could have been published!

Most people know of Jhonen Vasquez through his astounding television series Invader Zim. Invader Zim saw a similar style of the dark humour and pessimistic satire which Vasquez used in his earlier works, such as his debut comic Johnny the Homicidal Maniac, employed in a more mainstream market by Nickelodeon. Invader Zim quickly earned itself a bit of a cult following, and Vasquez found some measure of fame in the gloomier circles, even though his comics had done fairly well for themselves in the small indie comic market as well. Jhonen Vasquez has such a unique style, both to his simplistic but incredibly expressive artwork, as well as his sombre subject matter and twisted, sometimes even sickening narrative. But while Invader Zim was certainly toned down to fit in with Nickelodeon's public image, and even Johnny the Homicidal Maniac and Vasquez' other comic titles, while showing a lot more of the darkness in his storytelling, were still using some level of restraint. Filler Bunny does not show such restraint. In an age where everyone feels entitled, victimized, and offended by everything, Filler Bunny is a complete contradiction to this mind set. Even when it first saw print, Filler Bunny was a shocking and highly contentious strip, but in 2019? Really, if you find any subject to be taboo, if there are clear no-go zones as far as you're concerned for what is okay to make fun of or have a commentary on, just let this sleeping dog lie (or sleeping bunny, as may be the case). 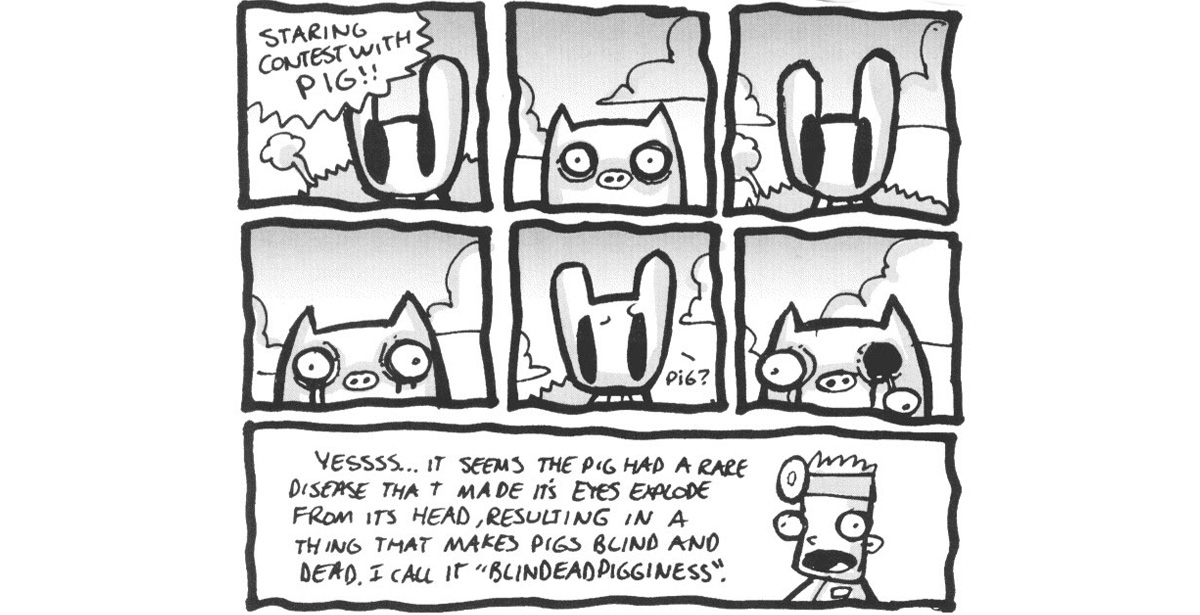 So what is Filler Bunny all about? The poor bunny was made to be short strips to fill up space. The basic premise was for this bunny to give a reader some silly and light-hearted entertainment over a few panels. But silly and light-hearted means different things to different people, and to Vasquez it apparently means sickening, vile, and suicidal. To each their own, right? So Filler Bunny is constantly tortured, experimented on, and made to endure such appalling atrocities as being endlessly sodomised by an overly horny sex monkey, or being forced to poop until his own intestines become out-testines, all in the name of fun and making the reader happy.

As far as entertainment goes, Filler Bunny tends to swerve all over the road more than a drunk driver being attacked by ravenous weasels while having a seizure, but as a commentary on depression, sex, society and life in general really, it, well it's probably still swerving all over the road but maybe without the seizures and weasels (and no, "seizure weasel" is not a thing!). But besides a horribly treated rabbit whose only wish is for death (and to not be brought back to life again to suffer some more), you can also expect to see various cute animals either shot or blown up, paedophile hobo rapists, a talking aborted foetus, and so much more! 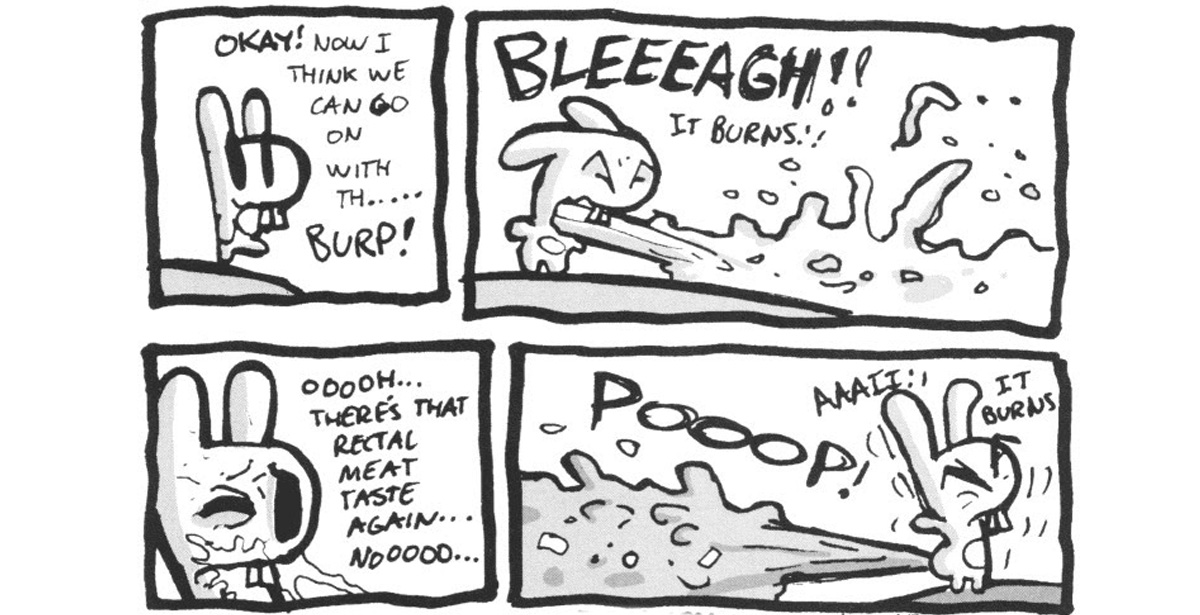 So, I'm sure at this point there are still a few Invader Zim fans, maybe even some JTHM fans too, who are thinking to themselves: "Nah, it can't be that bad, Vasquez writes some funny[censored], Filler Bunny sounds cute, I'm going to check it out!" By all means. Maybe you're one of the few who will still truly appreciate the deplorable, shameful, disgusting, inspired insanity that is Filler Bunny.