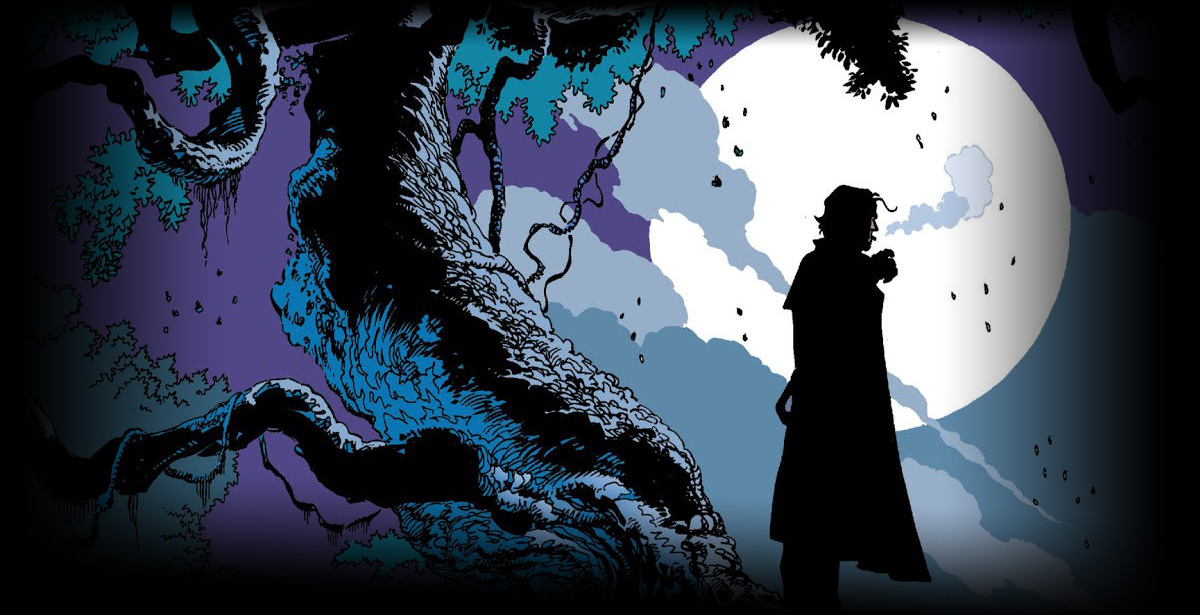 Fables was probably the last big, and really successful title from DC Comics' adult comic line, Vertigo, before the line started to lose popularity. Vertigo's drive was to deliver mature comics (not necessarily because of sexual or violent content, but rather with a focus on adult themed stories, with more complicated or even disturbing plot lines). On seeing Fables for the first time, one might not think that Vertigo was a good fit as a publisher for a book about characters from various fables, folk lore, and legend, living in the real world, but the comic certainly is not only quite at home amongst other Vertigo titles when a person reads through the series, but more than that, Fables was one of Vertigo's best selling series.

Fables ran for 150 issues (22 Graphic Novels), as well as various spin-off series, a couple of stand-alone stories, a novel, and even a successful video game (The wolf Among Us) which was set as a prequel to the comic storyline. And although Fables hasn't yet been turned into a television show or movie, it has been looked at by various studios, and has been a great influence on other shows that were brought out by those studios instead, like Grimm and Once Upon a Time. It would still be great to see a live action show based closely on Fables itself however, as the comic story is incredibly well written, with very original story lines that are both intriguing and captivating. 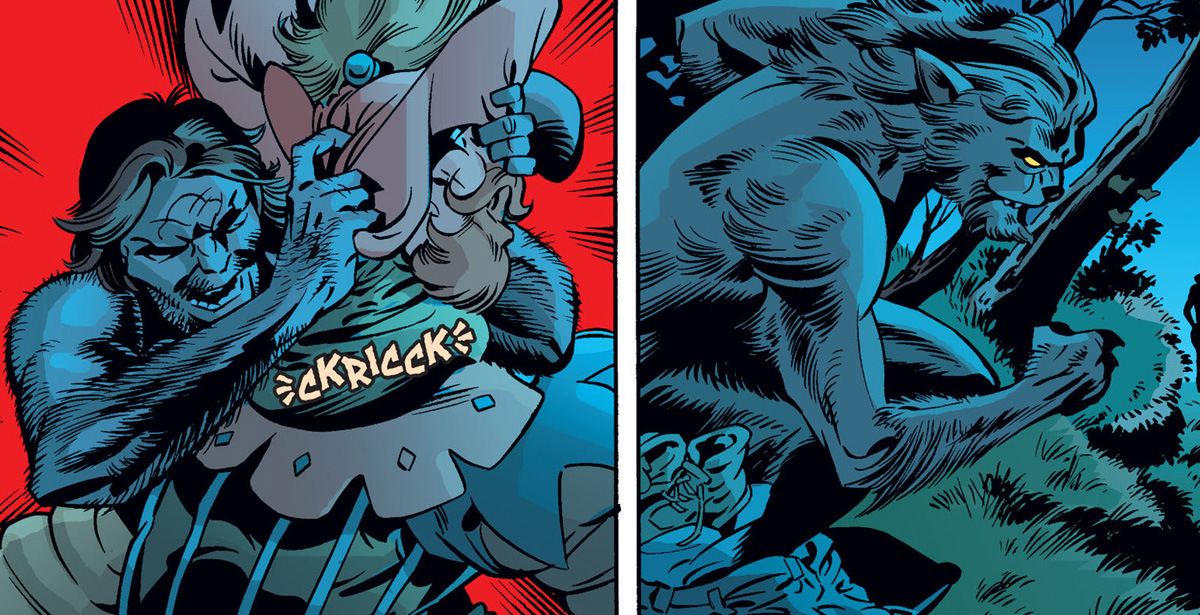 Giving that Fables ran for so many issues, it's not surprising that it had multiple major plots as well as many sub-plots in its pages. The first main plot line, after the fable characters are first presented to the reader through various smaller story lines about who they are and how they fit into our world, and some of their shenanigans and politics, introduced the reason behind why these fable characters ended out becoming refugees in the mundane human world. The plot then goes on to outline, without giving away too much, the war in the fable worlds as well as their mysterious enemy, the Adversary.

Fables uses all sorts of characters from traditional fables and folk lore, fairytales and even nursery rhymes, but the characters, while having strong enough resemblances to the ones they are based on, all have their own very distinct personalities and pasts as well, sometimes which is quite a lot more than, or different to, what the traditional character might have been. For example, some of the main characters in the series are: Bigby, A.K.A the Big Bad Wolf, who has the ability to transform from man to wolf-man, to giant wolf, and is also a detective and sheriff to Fabletown, and becomes a devoted husband and loving father; Prince Charming, who is kind of all the fairytale princes at once, and who is something of a pompous show-off and know it all, arrogant, but still formidable; Cinderella, not just the beautiful damsel, but actually an ass-kicking super-spy; and Snow White, who has become more than the pure and virtuous princess, she is now also level-headed, strong willed, wise and intelligent, and often assists with governing roles over all the fables. She also later marries Bigby, and has a litter of children with him.

So, armed with such a vast multitude of great characters available to include in his books, and giving each their own twists of personality and characteristics, and with an initial plot that was both mysterious and foreboding, Bill Willingham set about creating an epic saga of a tale, that was to become one of the most enjoyed and talked about comics for years to come. And what made it so good and so memorable? Well besides the great characters and clever story arcs, the creepy villains and flawed heroes, pages crammed full with mesmerising artwork and detailed illustration, and a skill to bring it all together, seamlessly, into a masterpiece? I'd call it professionalism. Everything which that word encompasses. Attention to detail, controlling all aspects of the project, comprehensive planning and a clear strategy of telling the exact story that he wanted to. And he tells it, and it's amazing, and it ends. And with all great stories, we're heartbroken when it ends, and we know we will miss our friends in Fabletown, but that is also part of why it is a masterpiece. 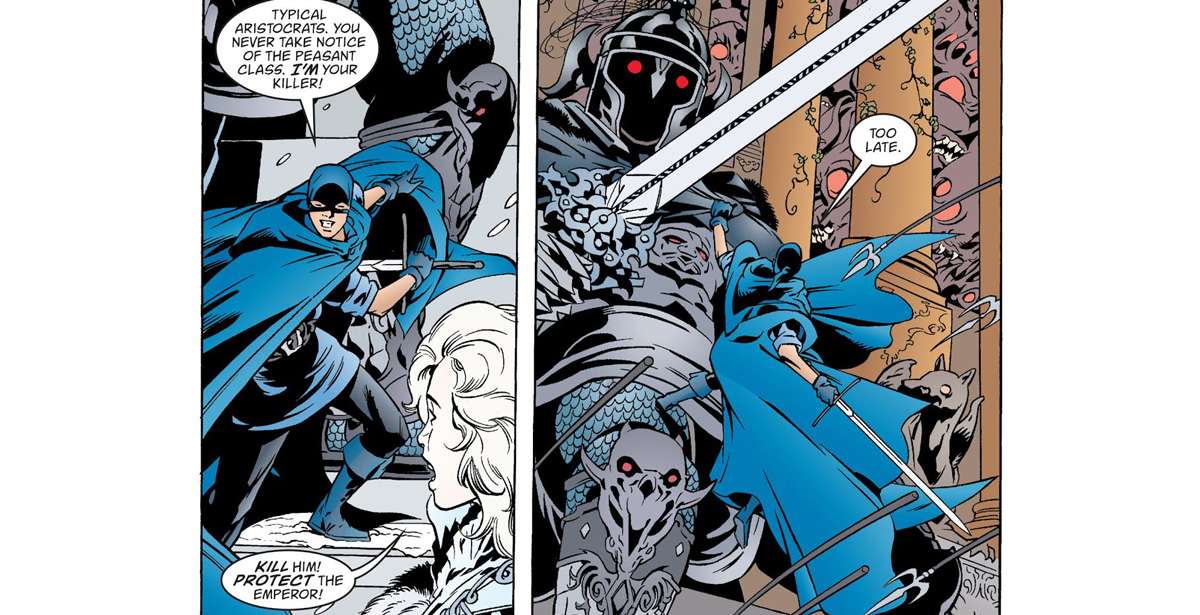 Fable related stories have become a bit of a saturated market these days. But it was Fables that inspired the boom to a large extent, and even though there have been some enjoyable shows and interesting ideas presented in other books and comics, I still feel Fables outshines all of them. It is Aesop's Tales, the books of the Grimm Brothers, and the treasured bedtime stories that old men remember their mother's by. It is all those things, but in our lives, in the present time, and in the real world. I hope that Fables will remain a cherished classic for as long as the stories it revitalised have.