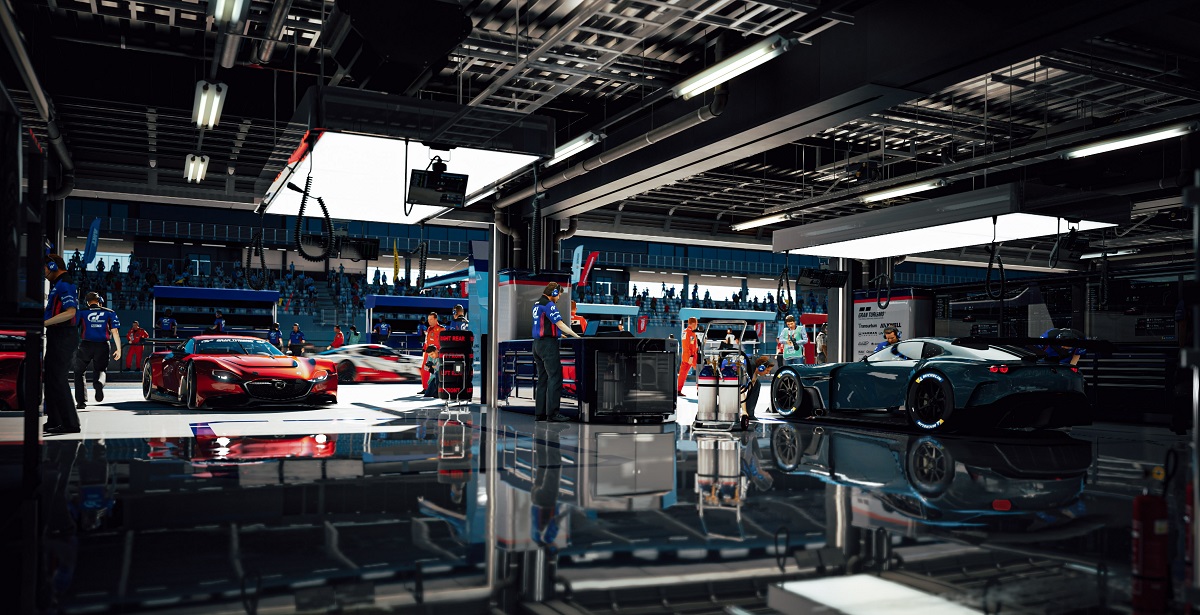 Recently, a few major publications had a chance to sit down with Gran Turismo series creator Kazunori Yamauchi in an interview. The string of interviews came in just after a week from the Gran Turismo 7 reveal and launch date announcement.

READ MORE: Days Gone Needs a Director's Cut Before It Deserves a Sequel

“The PS3 was a nightmare,” Polyphony Digital CEO told The Gamer in an interview. “The hardware was so complex and difficult to develop on. It had the performance once you learned to use it right, but to get there was such a nightmare. It wasn’t until the release of GT6 [in 2013] when we managed to get the full performance out of the console - that’s how difficult it was.”

While the PlayStation 3 was ahead of its time, the console would prove a difficult platform to work with. As a result, Forza Motorsport (an exclusive from Sony's rival) emerged, leaving Gran Turismo behind. That being said, GT7 can be considered a comeback to bring the series to its former glory.

“We need to convey this information to new potential fans in order to keep car culture moving forward. That’s not to say we won’t be tackling the depth and realism we’ve always focused on, but we do have a big focus on accessibility in a way that takes in the new generation and makes Gran Turismo 7 approachable for both first-time players and long time followers.”

Being a motorsport enthusiast himself, Yamauchi notes how car enthusiasts aren't adjusting to the times in the same manner video games are. “In the car industry there hasn’t been a huge change in the past 25 years,” Yamauchi says. “25 years ago we had different types of car media and mediums where new fans would arise, but now most of those are gone. There’s very little out there to maintain the number of car fans in the world, but now Gran Turismo is one of the very few things that’s able to generate a new generation of car enthusiasts and fans. We have a responsibility to maintain car culture going into the future.”

That being said, Gran Turismo 7 has a whole new platform to work with so the shortcomings that caused the series to fall short, shouldn't be apparent. Thanks to next-gen hardware, Gran Turismo can take another step towards the photorealism that the series strives for. “The PS5 is much easier to create games on,” Yamauchi explains. “It meant we were able to create a well balanced experience that feels natural to play. Of course the graphics have improved and the 3D audio provides a very rich soundscape, and you honestly won’t feel the loading times. That creates a completely different experience, it opens up a whole new world.”

“Now we’ve reached the PS4 and PS5, you could say that the tools we use for expression in games have reached a point of maturity. I guess it’s like other entertainment fields like film or music wherein movies, for example, you have the camera, you have the film, and all of your different editing tools. I think the same thing is happening in video games right now, where we now have our tools and can really start focusing on the expression part of things instead of worrying about our tools. I think that’s one of the major differences that have arisen in the past 25 years.”

That being said, the PlayStation 5 itself isn't the only thing Sony overhauled with its next-generation platform. The DualSense has been around long enough for players to see how various developers make use of its features. “Beyond just the gimmick of using the adaptive triggers to recreate the vibration of the ABS when it's working, what’s more important to me is actually the heightened sense of precision of the sticks on the controller,” Yamauchi said. “The sticks that are on the DualSense can allow the user to control the car on the same level as using a steering wheel controller. That’s a huge difference from the past.”

One of the biggest points of contention was the fact that GT7 required an online connection to access many of its game modes, including the campaign. “One reason is to avoid people from modifying and cheating with the save data for the game,” Yamauchi explained. “Another aspect is for the liveries. Livery data is downloaded from the servers even when you’re playing offline. So, an online connection is something that is needed pretty much throughout the game. One part of the game that doesn’t require any online connection is the Arcade Mode, because there’s no interaction with the save data and there are no liveries involved, so it doesn’t require a network connection to do that.”

Yamauchi went further into how Gran Turismo's physics have evolved over the last 25 years, giving players a more "nature" experience. Other points were the dynamic time-of-day and weather simulation making a return - something we haven't seen since Gran Turismo 5. Eurogamer asked Yamauchi some very interesting questions which you can view here. That being said, there is still a lot about Gran Turismo 7 that we will be seeing closer to the game's launch. Given how nostalgic the launch date trailer was, it's fair to say that Gran Turismo still has a few tricks up its sleeve.

Gran Turismo 7 is scheduled to launch exclusively on the PlayStation 4 and PlayStation 5 on the 4th of March, 2022.