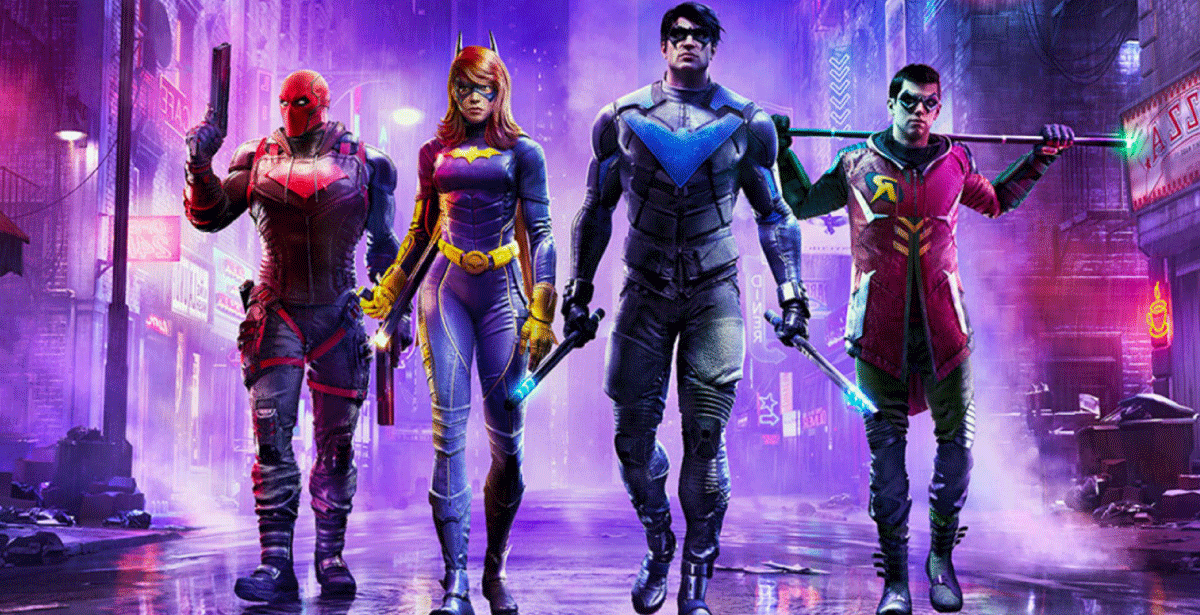 Gotham Knights is still a few months away but that isn’t stopping Warner Bros from sharing new information surrounding this upcoming Arkham co-op action game. In a new interview with Game Informer, game director Geoff Ellenor touched on some details in Gotham Knights that we were all wondering about.

Can you upgrade your Batmobile, can you change the colour of your costumes and can you play Gotham Knights solo? Those are just a few questions Ellenor answered during the interview.

In Gotham Knights, players can upgrade their types of gear and also craft new suits. Ellenor explains that by obtaining different blueprints in the game, players will unlock new types of gear and suits to craft. Gear contributes to your play style while suits change the look of your hero.

Ellenor says that in Gotham Knights, each of the playable characters comes with 11 different suit styles. Each of these 11 styles then offers different colour options and different pieces of armour to tweak. Each suit style is described as a silhouette.

Every time you craft a suit, think of it as an instance of that silhouette that comes with stats and a specific colorway that you can then override by unlocking more colorways as you go.

When it comes to the vehicles in the game, we know that each of the playable characters has its own mode of transportation. However, it seems that players can’t customize the Batcycle as much as they hoped.

Gotham Knights will allow players to tweak the colourways of the bike for self-expression but you can’t change the style of the Batcycle. You can change the colour and the sound it makes. That way, players can match their Batcyle to the colourway they are using on their suit.

WB Montreal also says that Gotham Knights features the biggest version of Gotham seen in the Arkham series to date. In addition to the largest city, the game is also much bigger in terms of its verticality. Players will have a fun time exploring the world according to Ellenor.

Without giving away anything that we want to talk about in future communications, the city has a lot of different stuff you can do. You can find some of it by moving around. We have an AR vision we showed off in a gameplay trailer that is a great way to find things to do. As for mission structure, if you are an action/adventure fan, you’ll be familiar with it. We have an ongoing case file that is of the mystery you are investigating. If you play through the story, you unlock new chapters in the case file that tell you where to go.

Lastly, when discussing the game’s story point, WB Montreal confirmed that Gotham Knights starts right after the death of Batman. The studio used this as an opportunity to explore how each of the characters deal with the grief and taking on the mantle of Batman.