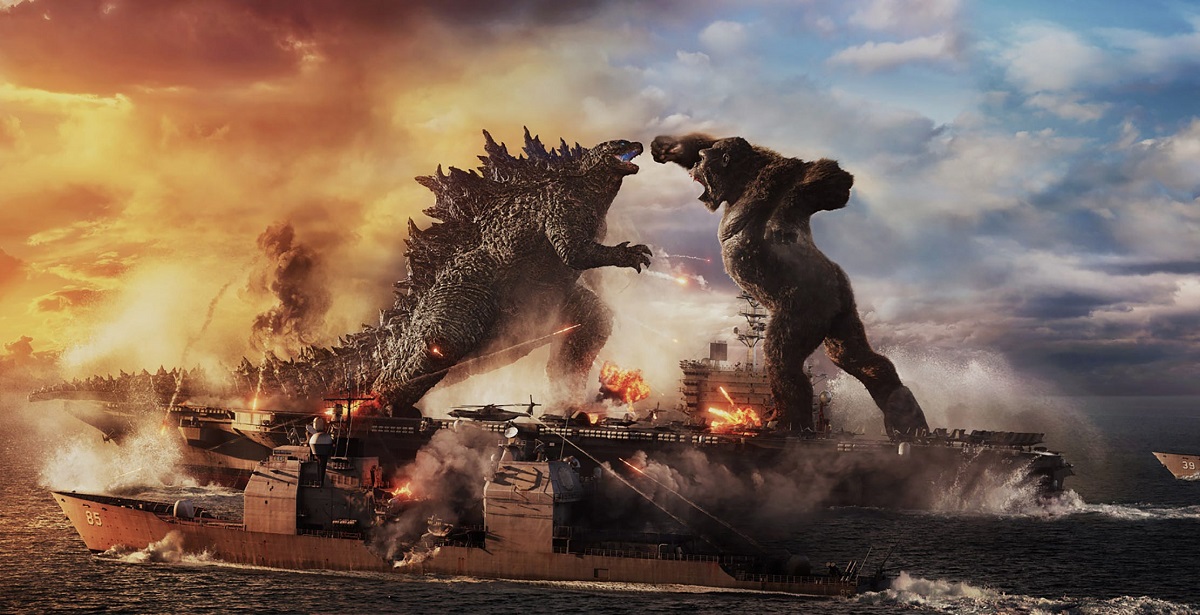 Last Friday, Warner Bros. and Legendary Pictures teased the arrival of the first full trailer for Godzilla vs. Kong, the next big chapter in their Monsterverse saga of films. As the title suggests, it would pit the might Kong against the king of monsters, Godzilla. Directed by Adam Wingard of You're Next and Blair Witch fame, the trailer certainly conjures up some elements of terror but mostly, it looks like it could be an extremely fun time (either at home or at the cinemas, but we recommend taking extra precautions if you want to go out and see this).

The first official trailer for Godzilla vs. Kong shows Kong being taken off Skull Island and transported to civilization when the fleet of ships are mysteriously attacked by Godzilla, who doesn't seem to be acting himself at all (I foresee a team-up coming). This forces Kong to do battle against the creature as the fight is taken from the ocean to the cities. Millie Bobby Brown once again returns following her role in Godzilla: King of the Monsters, while other talents like Lance Reddick and Rebecca Hall also lend their talents. Check out the trailer below:

Godzilla vs. Kong releases in cinemas and HBO Max on March 26th, 2021.