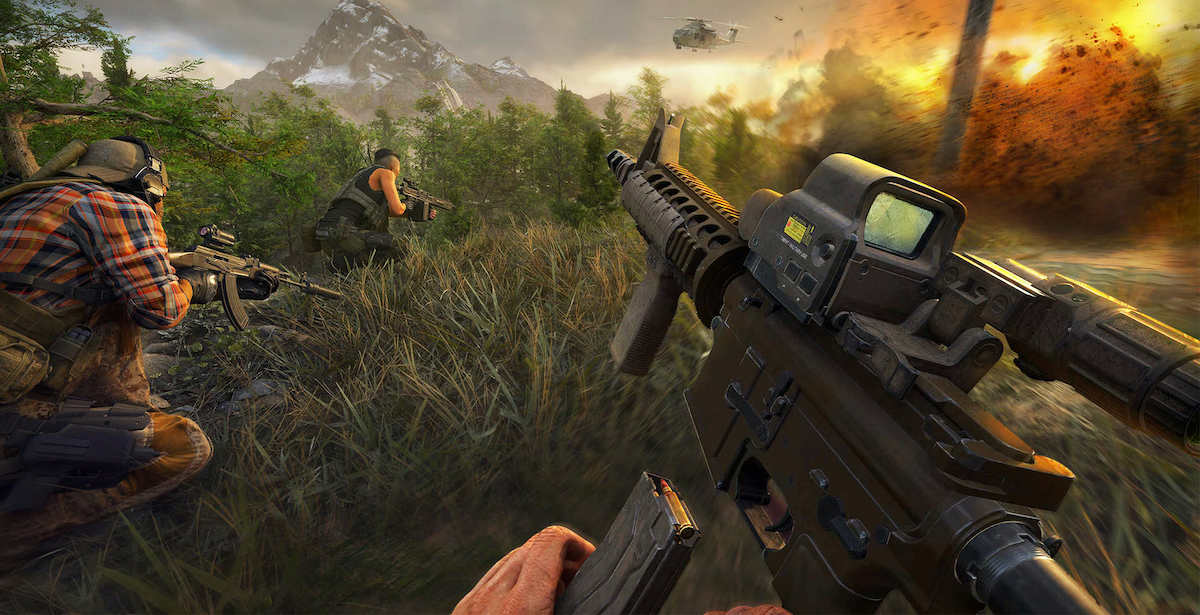 Ubisoft has delayed the closed beta test for its so-called “not a battle royale” shooter Ghost Recon Frontline. The studio announced that the test, which was meant to kick off yesterday, would now take place at a later date. However, the studio hasn’t announced a new date for the game.

Ghost Recon Frontline was announced earlier this month to some rather harsh feedback. Ubisoft showcased the game during a special 20th-anniversary stream event. The announcement didn’t go down as well as Ubisoft hoped. Fans of the series immediately trashed the game online for its cookie-cutter battle royale approach in a market oversaturated with battle royale games.

I witness the trainwreck myself as I watched the stream lose 3k viewers the moment the game was announced. The negative feedback didn’t end there. The trailers for Ghost Recon Frontline are currently all sitting with thousands of dislikes on YouTube. The announcement video has 20k dislikes compared to 5k likes and the reveal trailer has 18k dislikes and 4k likes.

We have an important message regarding Ghost Recon Frontline's Closed Test. pic.twitter.com/ne1VgOLMJF

Ghost Recon Frontline also marks the second “Tom Clancy’s” announcement this year that has received harsh feedback from fans. Earlier this year Ubisoft announced another generic team-based shooter set in the universe called XDefiant. It too was negatively received by fans.

We don’t know what Ubisoft has planned for Ghost Recon Frontline. Whether or not the studio plans on rebooting the game or if the delay took place simply to fix some issues. Regardless, players don’t want this game and we doubt it is going to do well.

In Ghost Recon Frontline, players will discover Drakemoor island, an open world full of diverse landmarks and biomes. The game features a large set of tactical support tools, offering players complete freedom in strategic gameplay throughout various game modes. Expedition, the game’s flagship mode, offers a new take on the battle royale genre. Featuring more than 100 players in teams of three, these squads will have to work together to complete dynamic objectives across the massive open map with no converging circle. Once players are done collecting intel, they will have to head to a drop zone and call for an extraction. When initiated, all teams will know the position of the extraction and will try to intervene, players will have to play tactically to successfully escape and win the match. Additional modes will also be available at launch.

Ghost Recon Frontline offers a unique and advanced class system, allowing players to upgrade and customize each contractor to fit their strategy. Three classes of contractors will be available during the first closed test, with more available at launch:

Support Class offers superior protection with fortification abilities.
Scout Class can easily recon the area for the squad, revealing and pestering enemies from a distance without fear of retaliation.
Players can even switch between different contractors even in the heart of battle, making each game unique and highly tactical.