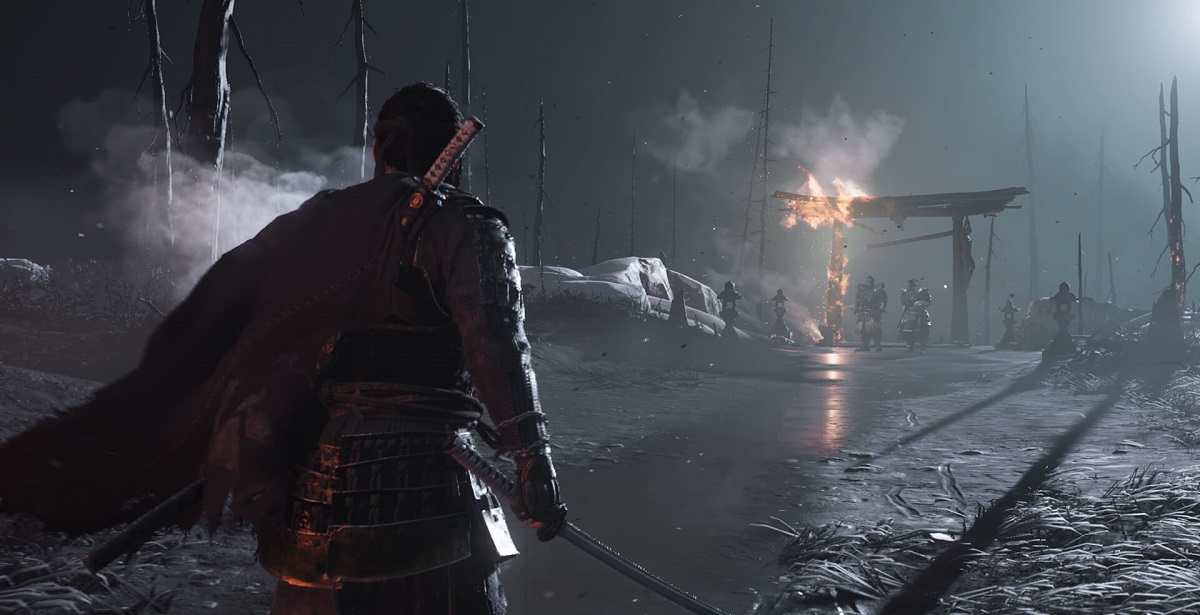 Ghost of Tsushima's review embargo has lifted, and the gaming world has been flooded with media reviews for Sucker Punch's latest open world samurai action title. While some were less forgiving than others, I personally loved the experience (you can read all about it here). It does feature a pretty sizable open world map in the island of Tsushima, and will take you a good few dozen hours to actually explore all that it has to offer, and complete the various objectives, quests, and exploration tasks. With that said, how long does it take to actually beat Ghost of Tsushima?

My playthrough of Ghost of Tsushima took me around 65 hours to complete. This included completing every main story mission, every side quest and character quest, liberating every single Mongol-invaded camp and fort, and finding every marker on the map and completing its objectives (you can add more time to that if you're going collectible-hunting, as I haven't found every single collectible yet). However, because of how lenient and cleverly implemented the game's progression system is, you can go straight for the main story missions only (without even exploring anything else) and still be able to stand a fighting chance - a great and welcomed feature in open world games as many in the genre gate you off from progressing the main story unless you're of a certain level. You'll be able to complete the main story of Ghost of Tsushima in around 20-25 hours.

Many media outlets and YouTubers haven't completely explored the map, and have clocked in times of 30-40 hours too, which includes completing the main story plus several side quests and finding many markers on the map. If you choose to play on the hard difficulty setting, fights may be slightly prolonged due to the ferocity in which enemies attack, forcing you to be more patient and attentive. However, on normal and easy settings (I played on normal), you're generally looking at a ballpark completion time of around 60 hours if you wish to explore everything in the game.

Ghost of Tsushima launches on July 17th, 2020 exclusively for PS4.