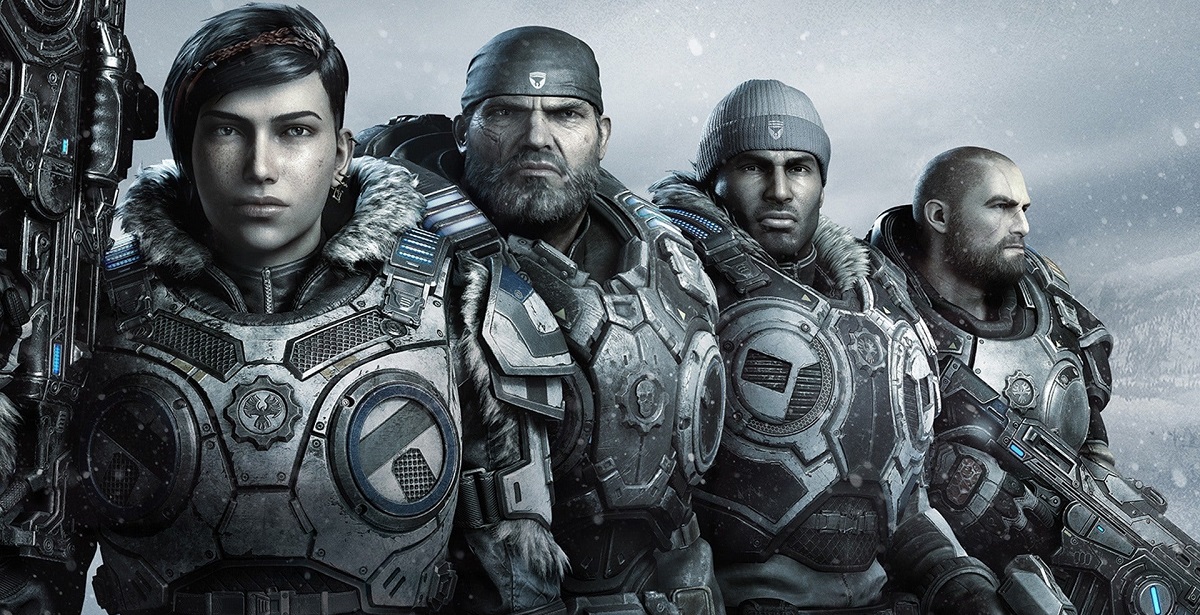 Gears 5 has a bit of a battle to return to the heights and popularity that earlier games in the series, overseen by CliffyB, and Epic Games achieved. Starting with Judgement and continuing into Gears of War 4, the series started to lose popularity as the shift away from Marcus, Cole Train and the rest of the original squad didn’t resonate with the fans. I am glad to say that so far, I am about four hours in, Gears 5 seems to be drawing me back into the story, the characters and the intrigue that made the opening trilogy such a good time. 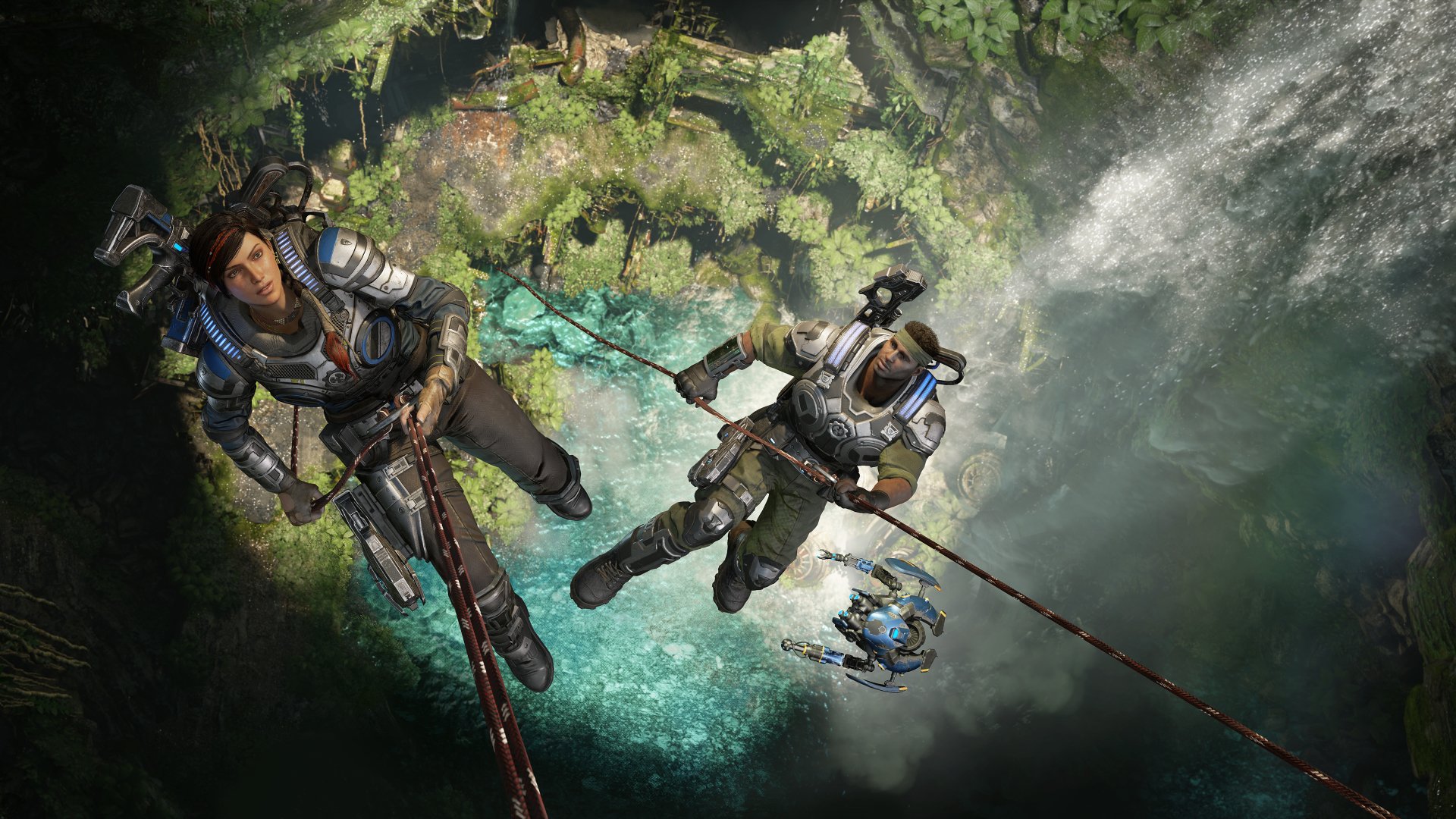 The one constant throughout the series has been the excellent and visceral at times combat mechanics. Gunplay is as tight and engaging as ever as you sprint from cover to cover, popping up to obliterate enemies with various weapons. My favourite is still the Lancer but being able to switch to a Gnasher for some up-close mayhem as Locust and Hive hordes try to overwhelm you is immensely satisfying as the enemies gib into bloody pieces. Of course, no Gears game would be complete without some brutal melee kills on enemies crawling away from you and these never get boring, even after you’ve dispatched the hundredth enemy in this way.

The Bayonet on the Retro Lancer is fine, but chain sawing some ne’er-do-well through his chest is oh so satisfying.

Ah, and Chainsaw kills. I look for every opportunity to get in close, hold down RB, and just go to town as blood and guts splash across the screen. The Bayonet on the Retro Lancer is fine, but chain sawing some ne’er-do-well through his chest is oh so satisfying. As a mainly PC player, my one gripe is that the imprecision of controller aim is still frustrating but that’s more a “me” problem, although I would love the option of a crosshair for when you want to blind fire from behind cover or fire from the hip. If any of you know if such an option exists in the settings, let me know as I cannot find it. 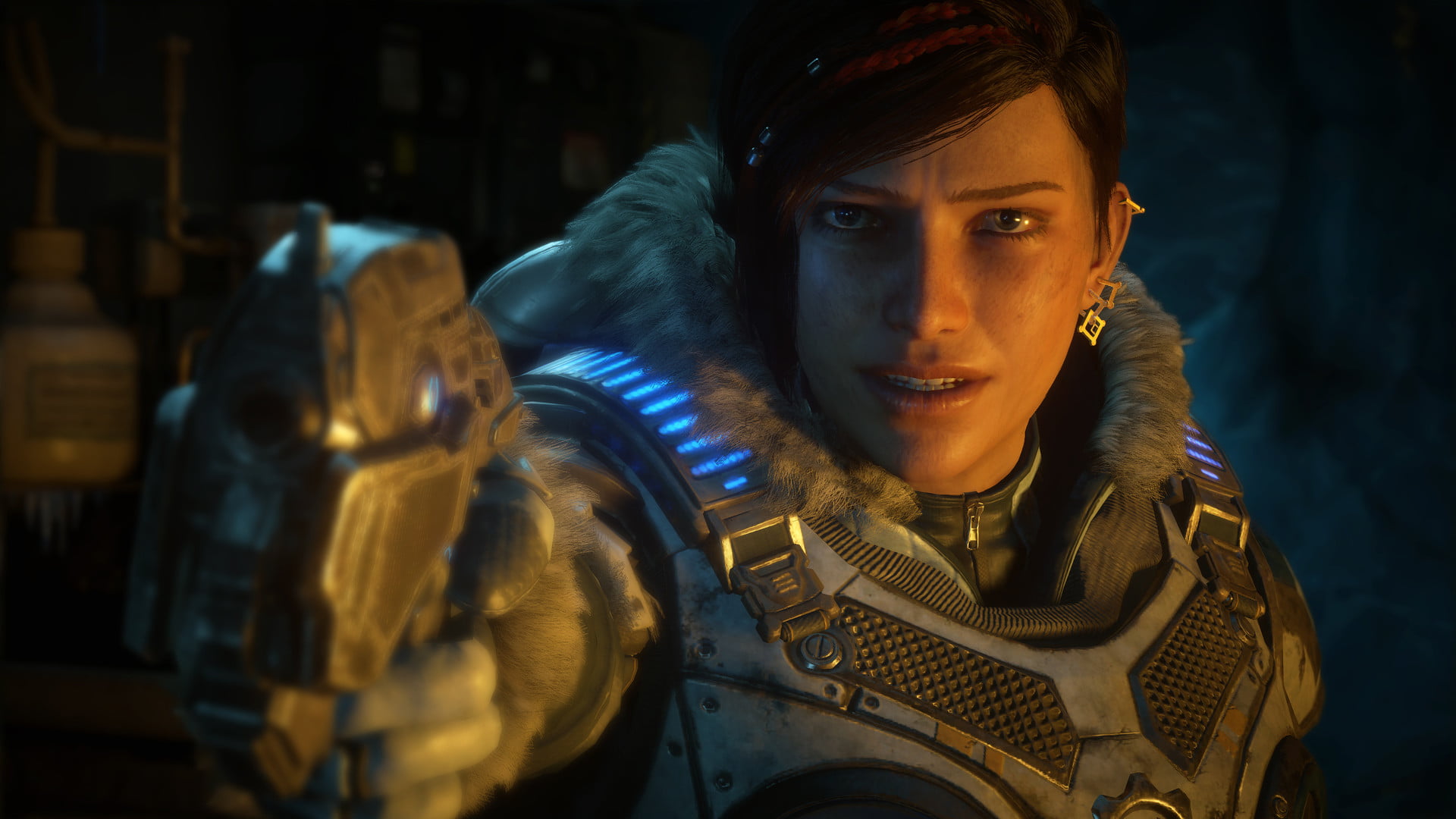 An interesting and so far, well implemented, new mechanic is your robotic companion JACK. This is a floating robot that can cloak so it can float around the battlefield and provide aid via an electrical stun attack initially, and the ability to fetch ammo and equipment when you run low without you having to break cover. Encouraging you to explore, as if the COG dogtags and other collectibles weren’t enough, components are scattered around that allow you to upgrade JACK on a very simple tech tree.

The second ability that JACK is upgraded with is Flash which negates cover by essentially acting as a flashbang, stunning and forcing an enemy from behind cover for that quick kill. It’s a nice addition to your tactical options, especially as you still cannot order your squad mates around. JACK’s other use is when you encounter simple environmental puzzles such as locked doors barring progress. JACK can open the doors either directly or by being sent through ventilation shafts to the controls in the locked room. These aren’t mind-bendingly tough puzzles, but they add a nice element to the game. 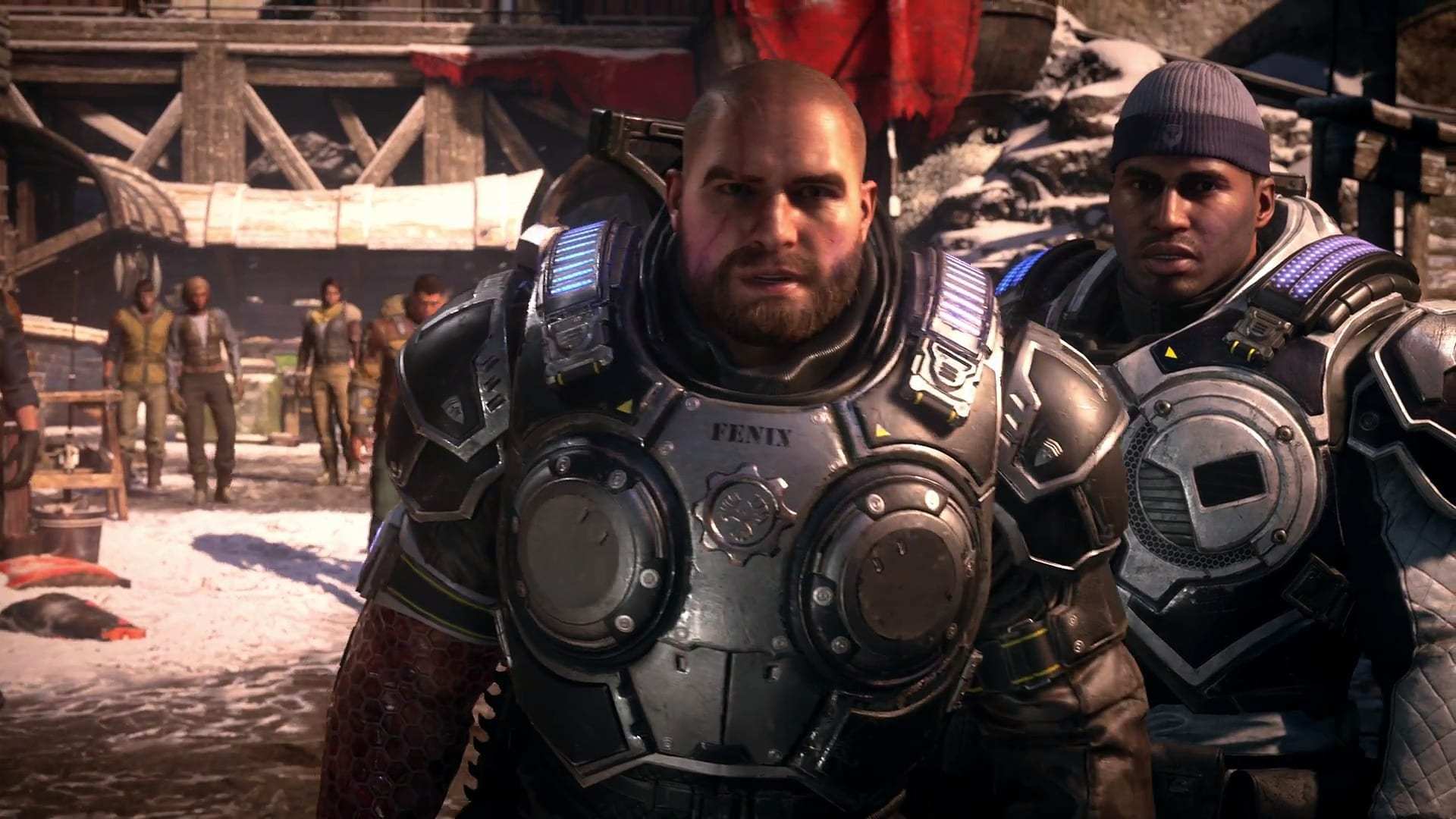 So far, the story is more engaging that that of Gears 4. You still start out with JD as your avatar and have Kait, Delmont and Marcus as your squad mates. JD still has daddy issues, but he’s a bit more likeable and less of a wet blanket so far. Kait is the obvious protagonist of the game, despite you playing as JD in the opening hours, and the mystery around her headaches and the unfolding mystery of her status as an Outsider and who her family really was has me itching to get back to my controller. This story certainly looks to have upped the ante, especially after the somewhat lacklustre story of Gears 4. Based on the trailers, it looked like you would play as Kait, but that hasn’t been the case so far, but I am early in the campaign so we’ll see what surprises The Coalition has in store for us since they have been so secretive about the story.

Kait is the obvious protagonist of the game, despite you playing as JD in the opening hours...

I haven’t had a chance to play any multi-player game modes as yet, but that will soon be rectified!

In terms of performance, oh my. The game is gorgeous on the Xbox One X - that opening mission that takes you back to Azura is so lush and green and beautiful. Unfortunately, my capture card is only a 1080p card, so I haven’t experienced full 4K, but looking through the video options, I didn’t see any options to change resolution, I had to do it in the system settings. Curiously the game seems locked at this res to 30FPS. I had assumed the Xbox One X would allow 1080/60 gameplay. Again, there is no framerate option in the game settings. Ah, the customisation of PC gaming, I miss you.

As a first party title, Gears 5 is a PlayAnywhere game and you automatically get the PC version with the purchase of the Xbox One and vice versa. I have yet to try the PC version, but if it is as seamless as Gears 4 and Forza Horizon 4, then I am in for a treat. I just hope that there are more customisation options on PC than on console.

Gears 5 soft launches for GamePass subscribers (seriously why aren’t you a subscriber?) and Ultimate purchasers on Friday, September 6, 2019 and for those who just want the base game, on Tuesday, September 10, 2019. Stay tuned for our full review coming soon!

Lurch
Nice preview! Can't wait for Friday and been enjoyign a replay of Gears 4 in preparation.