Game of Thrones "The Bells" Impressions/Rant - Fall From Grace 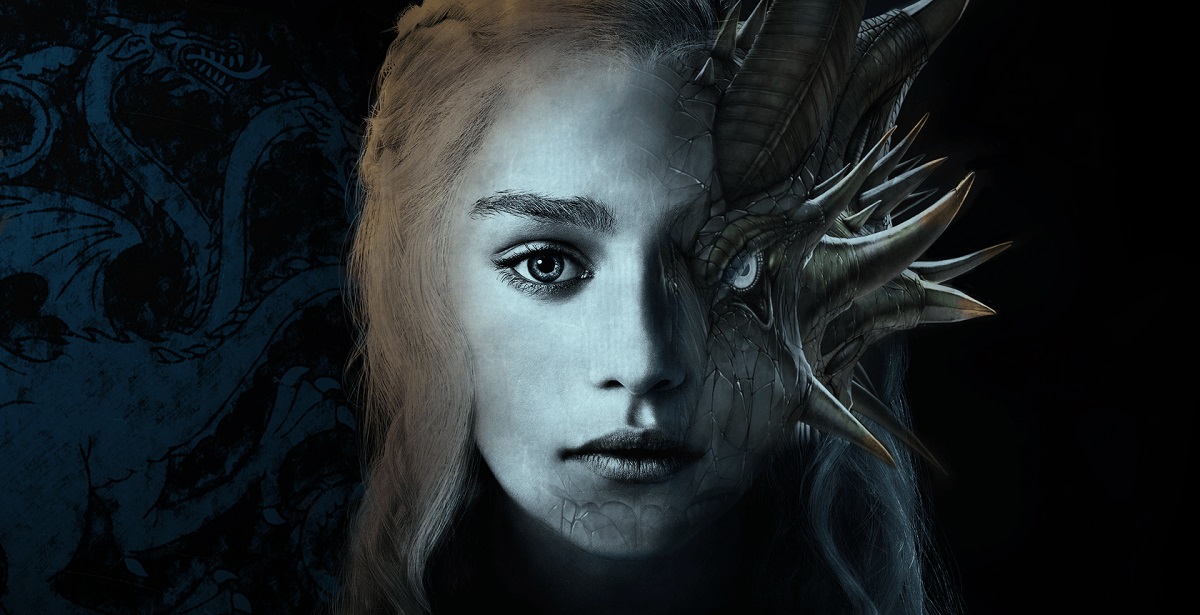 WARNING: This feature contains MAJOR SPOILERS for Game of Thrones Season 8, Episode 5. If you have not seen it yet, I strongly urge you turn away and come back once you have watched it. We will be going deep into some major plot developments, as well as detailing certain events that took place in Season 8. These spoilers also include Episode 3's "The Long Night" and Episode 4's "The Last of the Starks". If you have watched the episode already, or just don't mind spoilers, then welcome!

Last night, Game of Thrones dropped its most shocking episode of the season. This might come as a surprise given the ending of episode 4 which saw the intense execution of Missandei, but rest assured, a lot more happens in this episode - with plenty of shock value moments by the minute that kept me on the edge of my seat. However, this came at a heavy price - most notably, at the risk of meaningful character development built up throughout the entire show. If you know what I mean, let's continue. 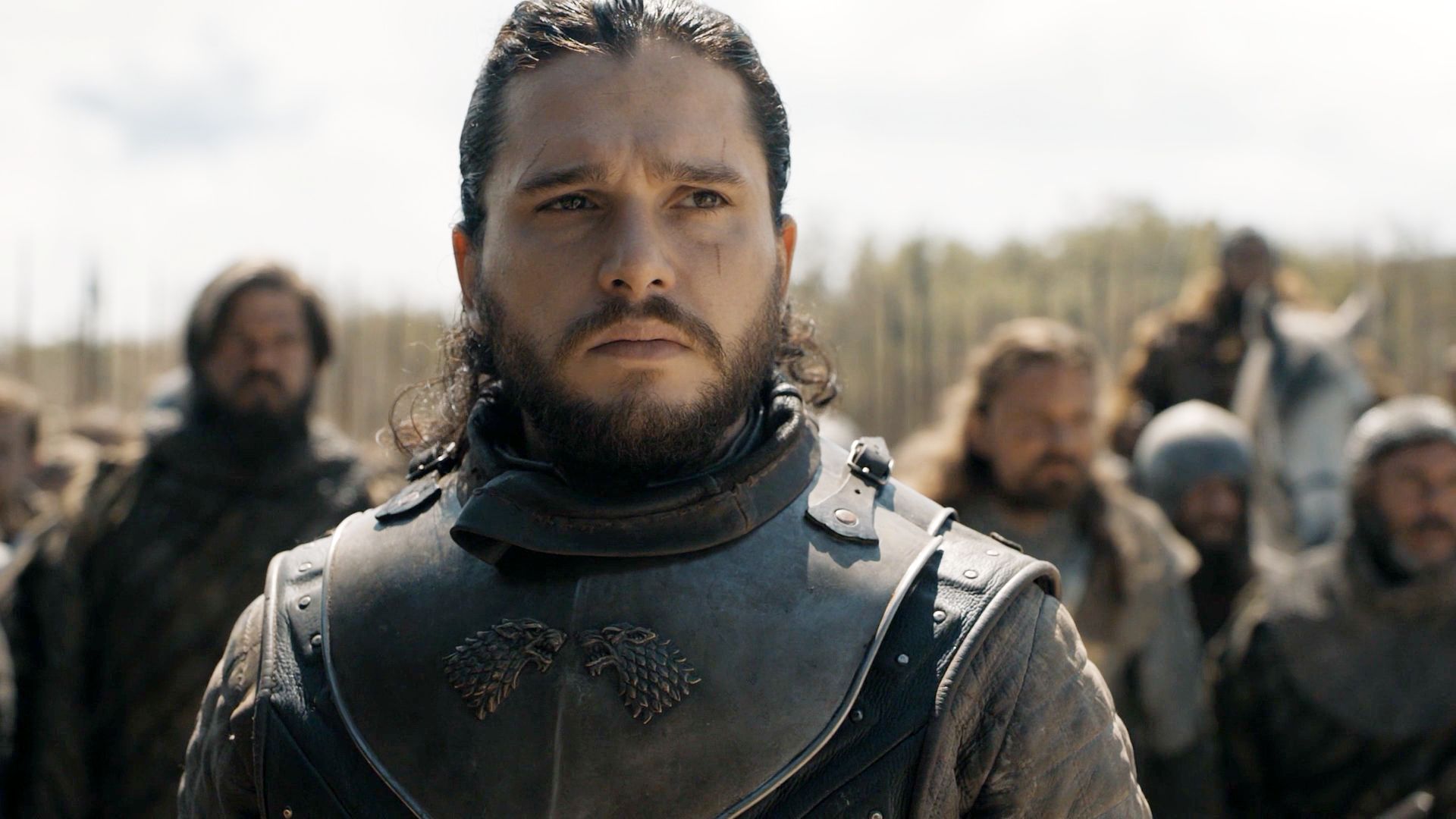 The episode takes place entirely in King's Landing. Daenerys and her army have arrived to overthrow Cersei from the throne, and liberate the people from her tyrannical rule. Due to Missandei's execution at the end of episode 4, though, which was a huge turning point for the battle, Daenerys seemingly snapped - and this episode revolves entirely around her losing sight of her own humanity. Well, not entirely, as many character arcs come to a close as well; from The Hound finally coming face-to-face with his zombified brother, to Jaime reuniting with Cersei for their unborn child. It just so happens that Daenerys has some bloodlust and mean-spirited vengeance on everyone in King's Landing - and I mean everyone.

In the first half hour, Winterfell's army manages to get the Golden Army to surrender, thus the bells are rung. Tyrion's plea, after seeing Varys executed by Daenerys for, well, being correct this whole time, was to not harm anyone once the bells have been rung. The bells do indeed ring, signalling the forfeit of King's Landing, but Daenerys, in a fit of rage, storms off and lays waste to King's Landing anyway, setting the entire city in a blaze of fire, death, and destruction. The entire episode is mostly seen from the ground, as everyone - both allies and enemies - run for their lives trying to escape her hurricane of fire. It's all very harrowing stuff, but one that also doesn't make much sense from a storytelling perspective. 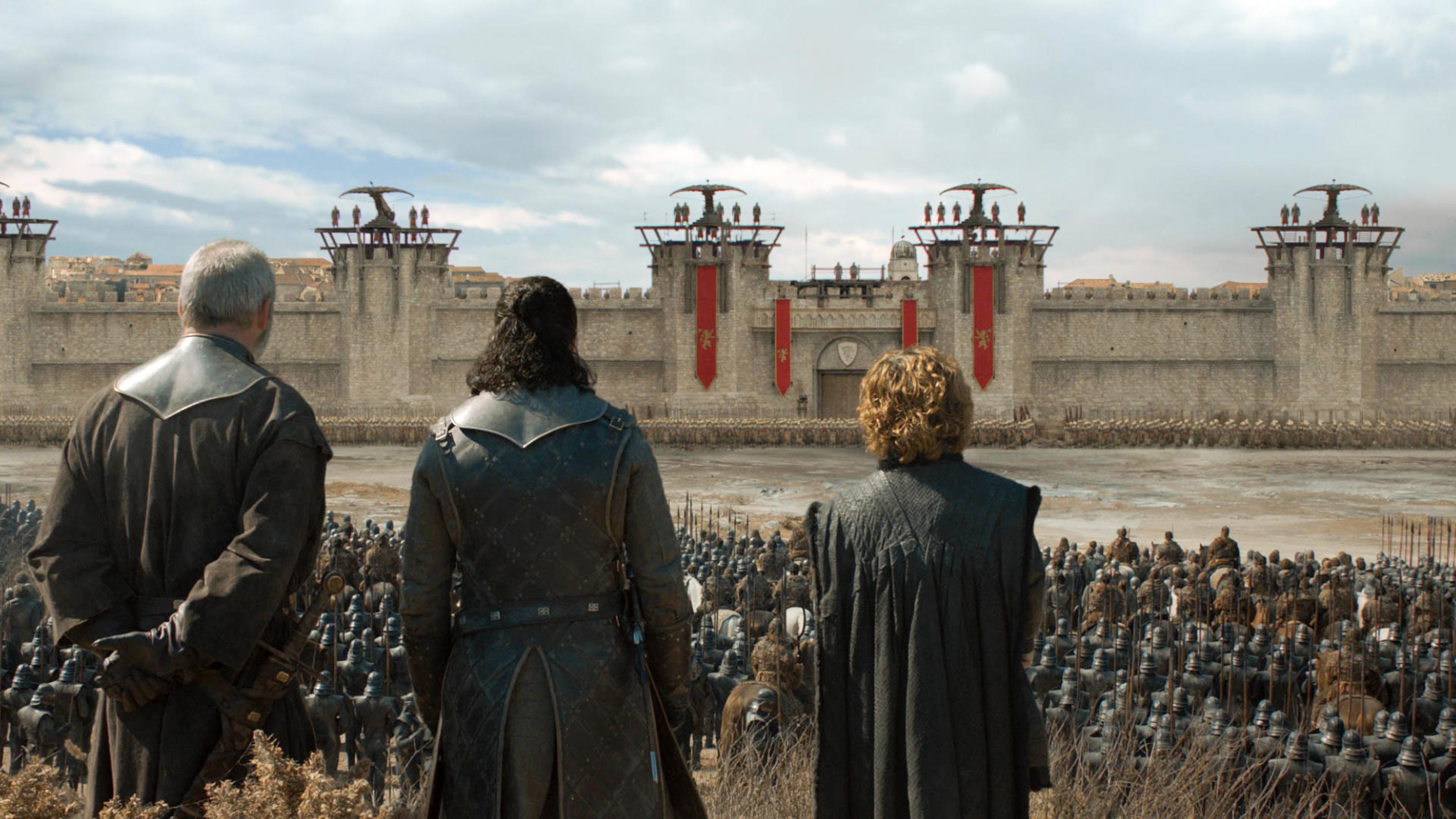 My frustration with "The Bells" comes with the resolution to certain character arcs. We all assumed Jaime was heading to King's Landing to kill Cersei, bringing his character arc full circle and showing his growth from Kingslayer to... Queenslayer, but one with more morally sound intentions. Unfortunately, his reunion with Cersei is resoundingly disappointing. He relapses back to his old self and attempts to flee with her from King's Landing, planning to live a happy life. This is quite a baffling character decision for Jaime as it doesn't show his character development in the slightest. He ends this episode, and his life, being the same person that he was in the first episode of the show - having learnt absolutely nothing.

A few notable characters do perish in this episode, but unfortunately, none of it feels justified. Varys is executed out of Daenerys' malice towards Sansa - anger that should've probably been directed at the Starks, if we're being honest. Instead, Varys' warning of Daenerys becoming a ruthless, unapologetic tyrant rings more true now that we've seen the entire episode. Tyrion went from one of the smartest characters on the show to possibly one of the dumbest, chooses to side with Daenerys in the hopes that she will be a righteous queen. I guess that counts for nothing right now, and it makes Varys' death feel even more baffling. Episode 6 might address Tyrion's major miscalculation, but as King's Landing now sits in ashes, I find it hard to really care about him anymore knowing he made a terrible call - something unheard of from the Tyrion Lannister we knew many seasons ago. 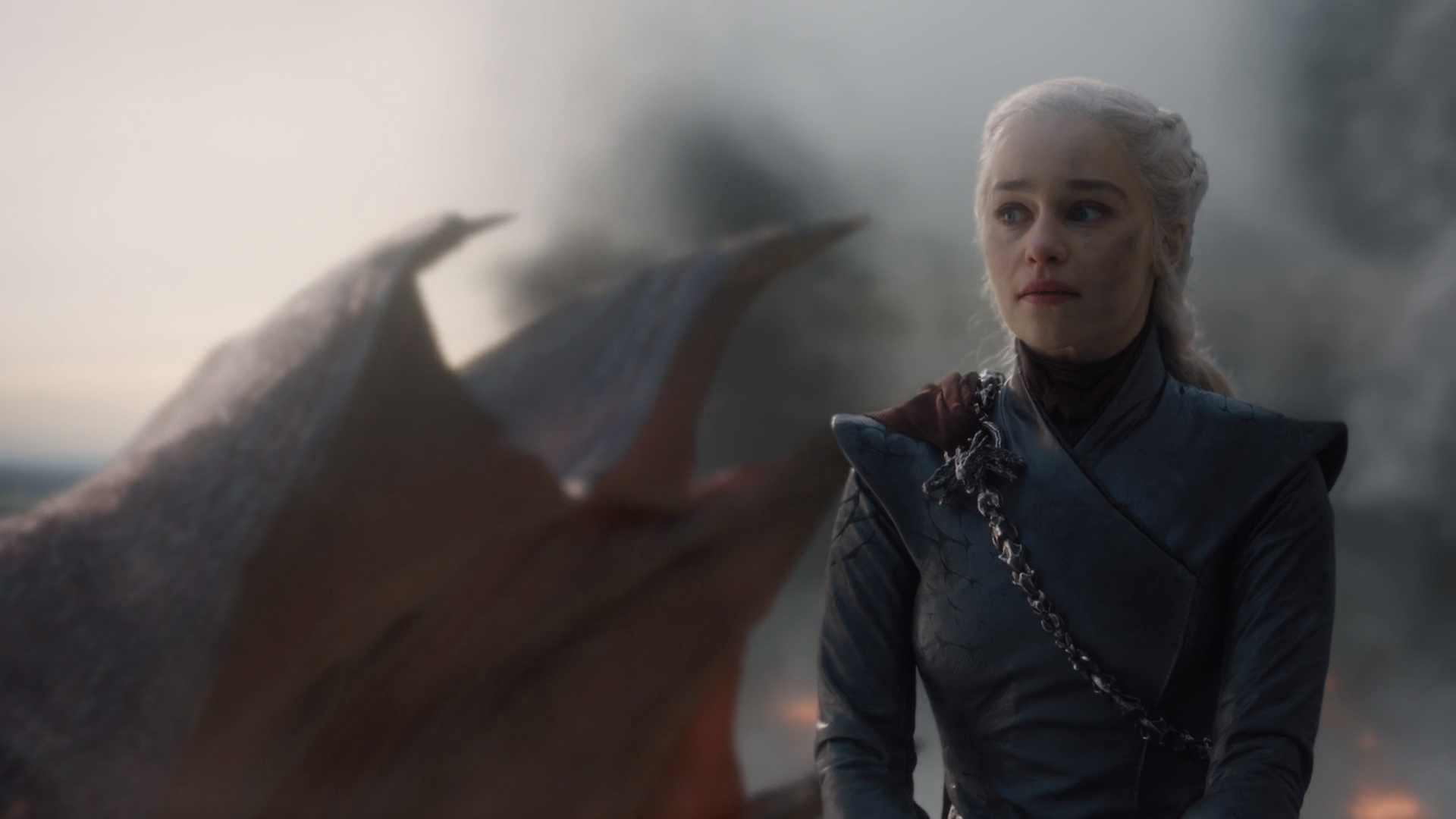 Jaime and Cersei also meet their end, but it's another massively disappointing conclusion to both of their characters. Jaime sneaks into the Red Keep (after being skewered by Euron, yet somehow limped his way around the castle looking for Cersei), and finds the Queen fleeing from a brotherly deathmatch between The Hound and The Mountain. Jaime takes her down to the dragon room where the path out of the Red Keep leads to the beach, but discovers that their path had been blocked by rubble. The two embrace each other as... the ceiling collapses on them. Yep, that's it. That's how they die. It's such a disappointingly anticlimactic end to the best villain of the show, but that seems to be the business with Game of Thrones in its final season - all major villains being given nonsensical, underwhelming endings. Right, Night King?

Meanwhile, Arya - who was on her way to kill Cersei one minute, and thanks to a little speech from The Hound, has a sudden change of heart the next - stumbles around in the city streets as Drogon and the new Mad Queen set fire to everything that moves. I counted at least five or six times in which Arya could've potentially died, or at worst, have been seriously injured, but she emerges from the fiasco in the end with a few scratches. 'Tis but a flesh wound! Jon's involvement in the grand scheme of things has been dwindled down to him being a glorified side character or extra. For someone who doesn't want to be king, he sure is making a lot of compelling reasons for Westeros to now look upon him as the unintentional saviour - by doing absolutely nothing.

Most of all, I've been struggling to understand the need to drastically alter Daenerys' character so suddenly in the final season. She was never my favourite character on the show, but I could still understand her motivations. She had harsh methods, but ones built out of compassion towards innocent, helpless people. Throughout the show, her decisions do have some dire consequences, but none that ever broke her spirits or iron-willed determination. You could make the argument that her execution of the slave masters was an indication of her eventual descent into madness, but it happens so suddenly over the period of two episodes, that her slip into madness comes unexpectedly, unearned, and in the worst of times. 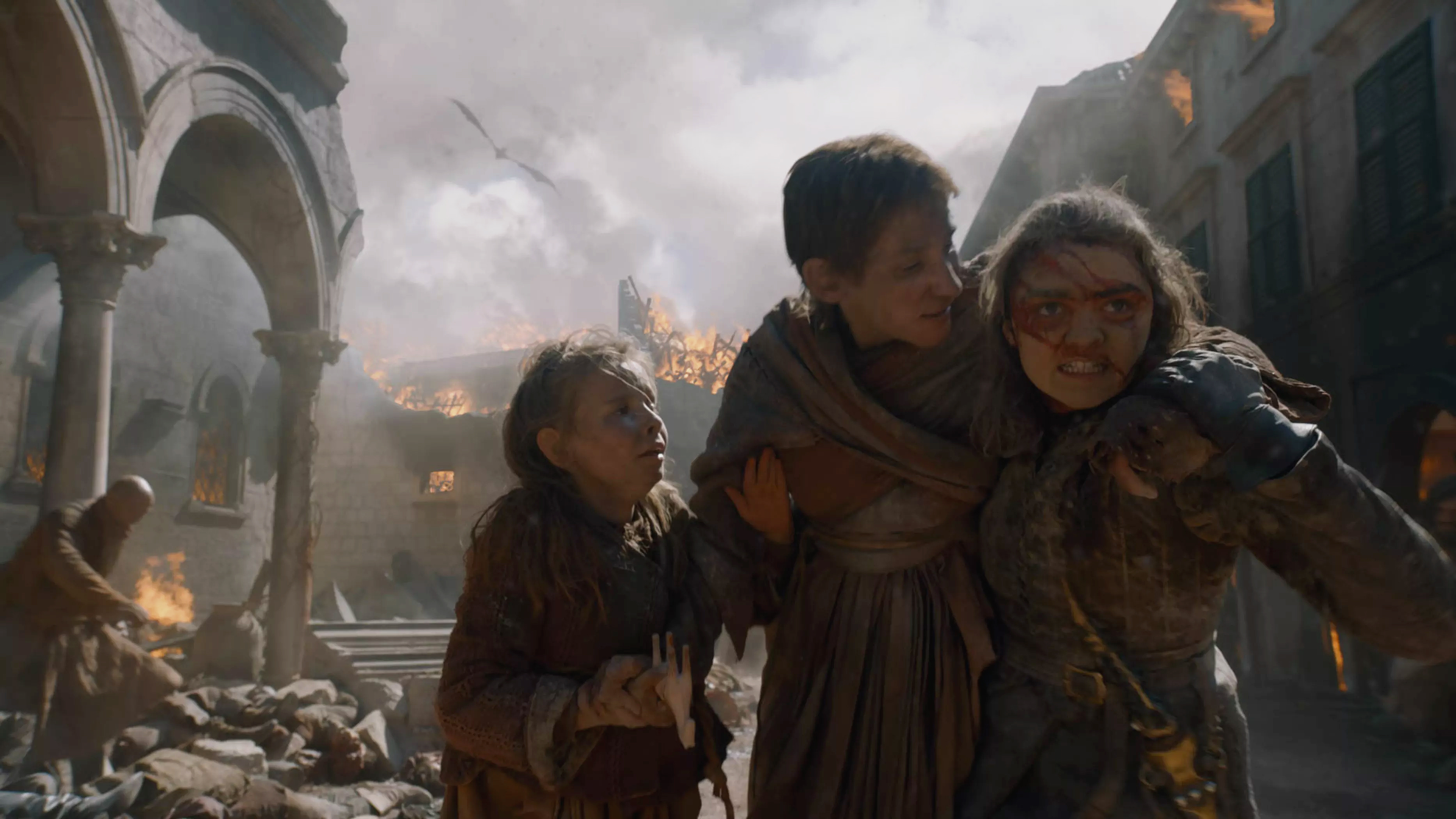 Understandably, she went through a lot this season having lost almost everyone that cared about her. That quote from The Dark Knight's Joker springs to mind: "Madness is like gravity. All it takes is a little push." That push was Missandei's death. Yet, I still feel cheated out of her character development. She resorts to being nothing better than her father, the mad king, by the end of it. What exactly was the point, showing Daenerys being a liberator and friend of the people, to suddenly becoming a genocidal maniac? I feel like her character arc, if they were going that direction, at least needed a few more episodes to brew. All of it comes across as very rushed.

Negatives aside, most of the positive things I can say about the episode have nothing to do with the writing. Miguel Sapochnik returns to direct, and this is easily the best directed episode of the season, along with some absolutely stunning cinematography. There's some amazing shots, particularly in the battle between The Hound and The Mountain, and point-of-view shots of people running for their lives through the streets as Drogon, like a gigantic bat out of hell, burns King's Landing to a crisp. It's all very riveting stuff from a technical perspective, and Sapochnik deserves all the credit here for doing his best with what script material he had - but the huge problem is ultimately the script.

"The Bells", as the penultimate episode of the series, is going to be heavily talked about and debated for years to come. It's an exercise in some breathtaking spectacle from a filmmaking perspective, with absolutely gorgeous cinematography and confident direction, but this pretty shell of an episode completely falls apart - undone by illogical writing and unsatisfying conclusions that meander more than make complete sense. I really do wish that George R.R. Martin has something else planned for the ending of his story in the books, because like "The Long Night", I'm still left feeling empty and cold.

Blaze
@Bob I agree. Not that the whole "green eyes, blue eyes, brown eyes" thing makes a lick of sense anymore, but Daenerys does have green eyes, so...

I don't think Daenerys will make the end of the last episode, I think (can you smell wood burning?) after what Daenerys did and all the suffering Arya experienced, she got her Valyrian steel dagger out for Daenerys….