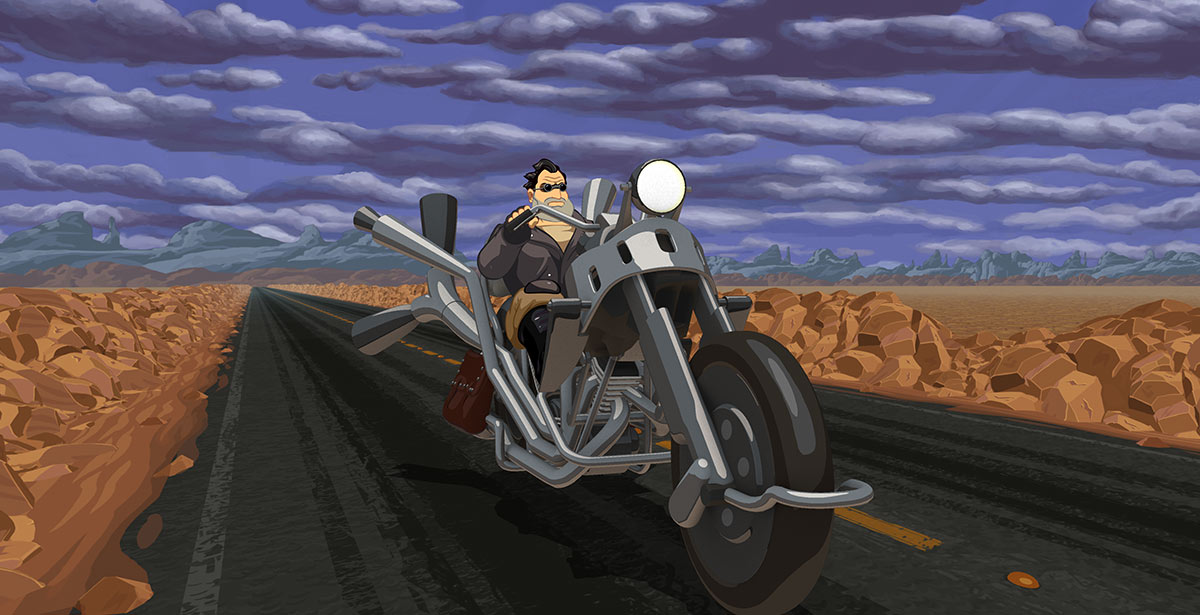 Remasters of old games are controversial. Especially this generation, because we seem to be getting remasters of games many of us played in the last five years. Full Throttle is another entry into the remaster library, but it is a game very few modern gamers played, and it is the first time console players will get to experience the legendary 22-year old LucasArts adventure game.

She’s a Classic Beauty
The game’s story is simple as any story about biker gangs should be. You control Ben, the leader of the Polecats, a group of bikers in the not-too-distant future. Down on their luck, they are offered a job escorting the legendary owner of Corley Motors, Malcolm Corley, to a board meeting. On the road, Ben and the Polecats (and Malcolm) are betrayed by the slimy Rip Burger and hijinks of the point and click variety ensue. The story and plot have not changed one iota from the 1995 original, but if I were involved I would’ve made one small tweak: make Rip a slimy investment banker looking to profit off of market manipulation of the company to bring the game more up to date. The game displays all of Tim Schafer’s sense of style and humour. Not something at all remarkable, because he had worked on The Secret of Monkey Island, Monkey Island 2, and Day of the Tentacle. Ben is a stoic, Clint Eastwood, square-jaw type who only cares about his bike, his gang, and his freedom. His dialogue is so straight that it is absurd at times, and the voice actor is brilliant in conveying his sincerity in the face of absurdity. The supporting cast ably supports Ben, providing exposition and momentum as needed, but always laced with humour and fun. The voice-over recordings were also remastered and not re-recorded, and that is a good thing because hearing the original cast again is a wonderful throwback to my early gaming memories.

New Engine in an Old Frame

Double Fine remastered the game to update the visuals and controls and it shows, literally. Press F1 on PC (or touch pad on PS4) and you can play the game in the original aspect ratio and pixelated graphics. This is great if you want to see how we old school gamers managed back in the day, but really it’s just there for curiosity value. The updated engine looks magnificent; however, you will notice small issues such as terrible lip sync more readily. That aside, playing the game in 2017 mode (that’s my term by the way) is a treat. The character detail shines, adding layers to your mind’s-eye picture of the characters. Environments can be a little bland and are obviously 2D paintings, because they tend to be static backgrounds that the characters walk through, but they are well-detailed and make it obvious enough what can and can’t be interacted with. A concession to modern gaming is that in the 2017 mode, you no longer have to play hunt the pixel. Hold down left Shift and all items on the screen that you can interact with are highlighted. It makes it easier to see what to pick up or use in some way, but removes the challenge and fun (and frustration) of searching a screen for everything. The system does not hold your hand in guiding you to solve puzzles, but it does help you make the connections. Is this the right part?
While the highlight objects “cheat” makes it easier to see what to interact with, the hallmark puzzles of adventure games can still be as frustrating as ever. While not as esoteric and obtuse as Day of the Tentacle, they can take you a few tries to figure out. One puzzle had me zooming around the highway trying to get a chasing car to crash for at least ten minutes and six or seven tries, until I realised that at the point where it should crash I had to interact with some bolts in order to move the object that they would crash into. Highlighting the objects didn’t show me that the bolts were a separate item on the overall object. Other puzzles are easier to figure out, just tough to get through. Two in particular stand out: first is the Mine Road battles. You have to fight other bikers to get better weapons to upgrade your bike to progress. Fighting the Vulture and Cavefish bikers is frustrating, because if your timing is off they escape. Handily, Tim included a cheat to get you through, simply tap Shift+V and you will win the fight. The second is when you have to infiltrate the Vulture hideout. You know what to do with the bunnies, but actually succeeding is a pain in the backside and this time there is no easy cheat. Overall, the game succeeds based on these puzzles, frustrating as a couple can be. They are a wonderful window into the oft time-twisted logic that was necessary to make a game work in the 90s.

The Road is Clear
Full Throttle Remastered is a wonderful love letter to a genre past its prime and a very good game for those wanting to experience classic gaming at its finest. It does not tarnish the memories of those who played it twenty five years ago and it will provide at least five hours entertainment for the modern gamer. It won’t tax your reflexes or your brain overly much, but it will entertain you and that is all that matters.

You get two games

Does not tarnish memories 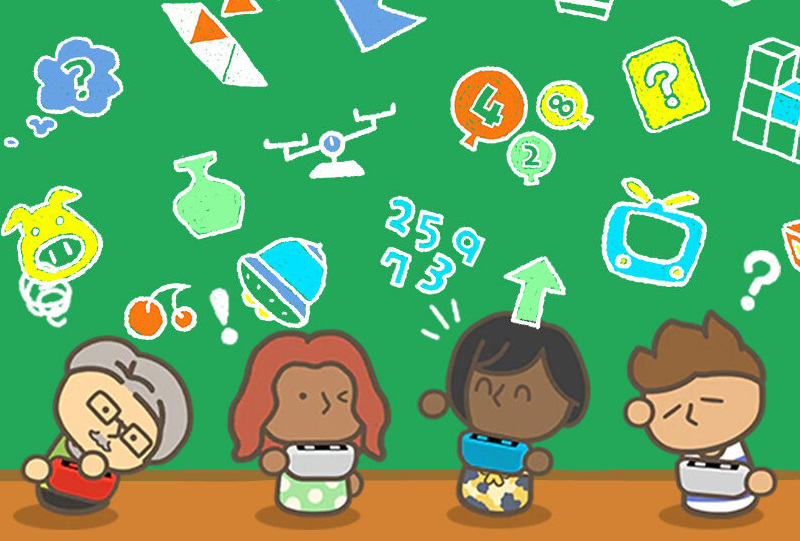 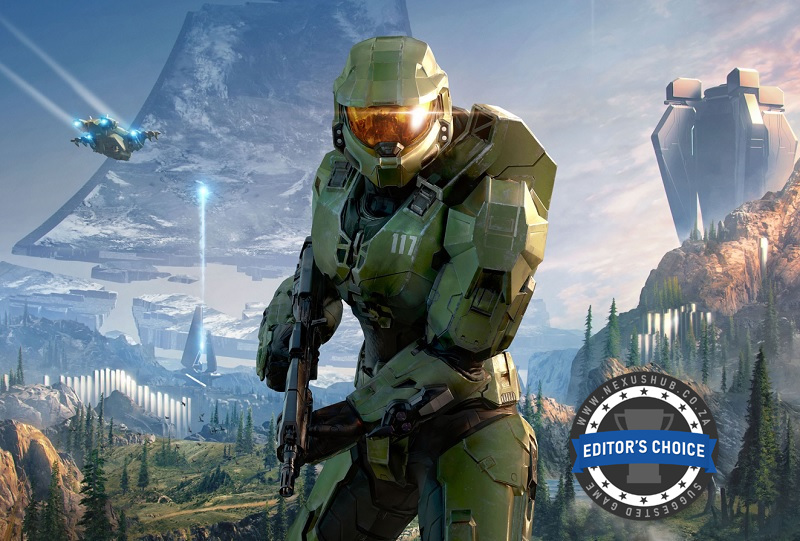 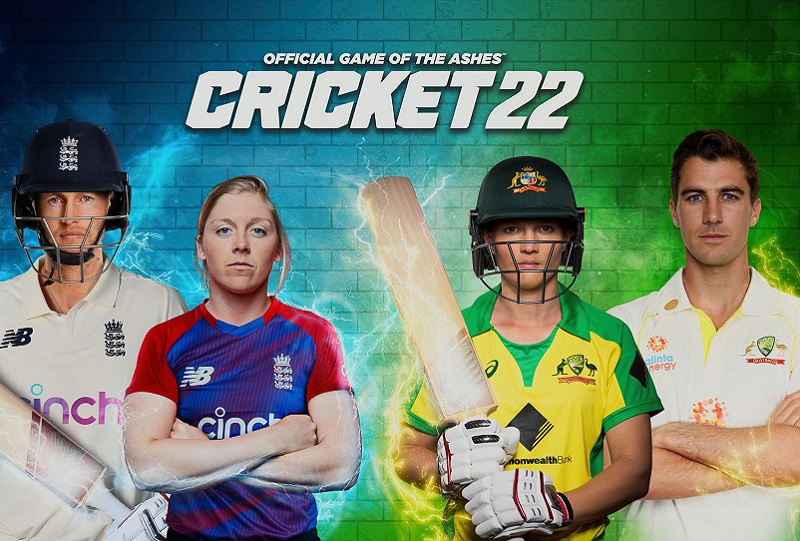 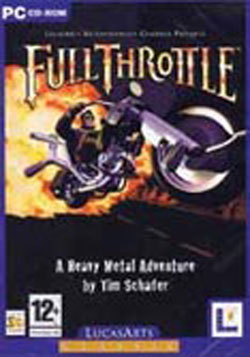