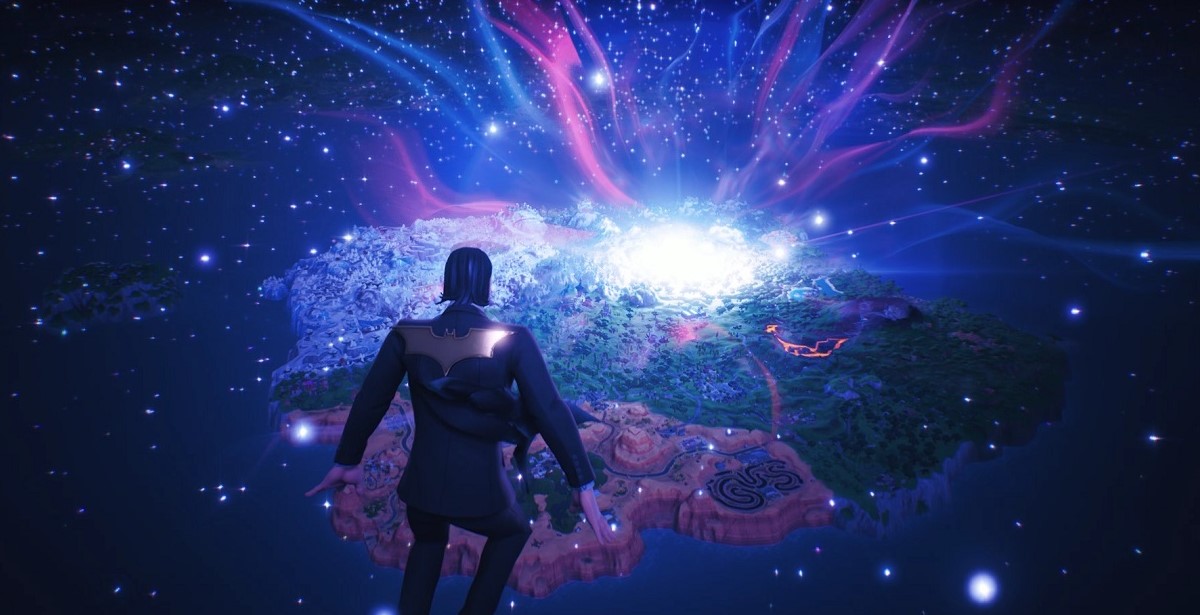 Fortnite came to crashing holt when a Black Hole swallowed the entire map, in an event titled "The End".

The event has been built up through a rocket that has been building throughout the most recent season, which was then launched, causing the singularity to appear. The rocket flew through a rift, causing a meteor to appear above Loot Lake, and after it smashed into the ground - causing players to be flung and suspended into the air, giving everyone an, ahem, epic view of the event - the Black Hole emerged, and wiped out the entire game world.

Epic Games has yet to formally discuss when fans can expect Fortnite Chapter 2 or Season 11, but we assume that there will be an entirely new map to play on, considering the current is, well, obliterated. Interestingly, if you head over to the official Fortnite Twitter page, the only content that is still up is a pinned Tweet of the event. All other Tweets and media have been deleted from the account. The profile picture is simply a black image, and the cover art is an image of the black hole.

The black hole is still being live-streamed on the official Fortnite Twitch page, and is currently sitting on over 70 million total views, with 6 million concurrent viewers while the event took place. At the time of writing, there were still over 20,000 users watching the stream.

There is no official release date set, or information, regarding Fortnite Chapter 2.

Coffeboy
hahaha! these guys are so creative .