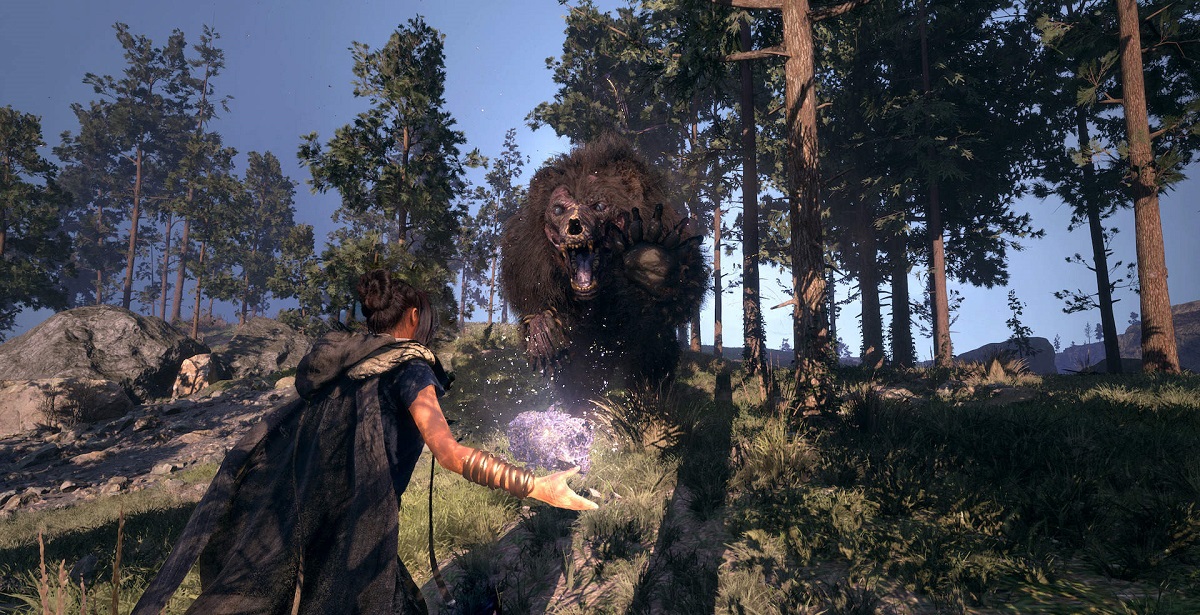 Square Enix and developer Luminous Productions revealed their upcoming open world project, Forspoken (or previously known as Project Athia), last year. The ambitious game is set to release in 2022 on PC and on PS5 as a console exclusive. Little is actually known about the game other than we'll be exploring a mystical world on foot while battling fantastical creatures, but 2022 is fast approaching so we won't have to wait long. However, Square Enix may be shooting for ambitious heights when it comes to the visuals of Forspoken's open world.

Luminous studio head and general manager Takeshi Aramaki showed off some new gameplay snippets of Forspoken and discussed their ambitions behind the new technology. To achieve a very high visual fidelity, Luminous will use AMD’s FidelityFX Super Resolution, the newly announced competitor to Nvidia's DLSS upscaling tech. According to Aramaki, this will allow them to deliver "the highest quality visuals ever seen in an open world game". We believe them. Forspoken, at least from the few gameplay clips we've received thus far, looks absolutely stunning, though we may need to see a bit more of the world and gameplay to get a better grasp on Luminous' lofty ambitions.

"Our studio’s philosophy is ‘to create games unlike anything experienced before, fusing the world’ latest technologies with art," said Aramaki. "Implementing cutting-edge AMD technology in the development of Forspoken is an embodiment of that philosophy. With Forspoken, we are aiming to achieve the highest quality visuals ever seen in an open world game."

Forspoken is on track to release sometime in 2022, and will be coming to PC and PS5. It seems like it will be a console exclusive on PS5 for at least two years as well. This will also allow Luminous to focus on a couple of platforms as opposed to expanding their work to include other consoles. This might ensure a smoother development too, before eventually making its way to platforms outside of PS5 and PC.

Forspoken is currently in development and releases in 2022 for PS5 and PC.

phreak
And on the other end we have Naoki Yoshida who said FF16 will focus on gameplay first, visuals second.
FF14 won't even get an engine overhaul because he believes new gameplay content is more important. I agree
Curious to see how different FF16 and Forspoken turns out.

Lurch
After 15 years of open-world games, I can't help but feel prettier visuals are the least of their problems.