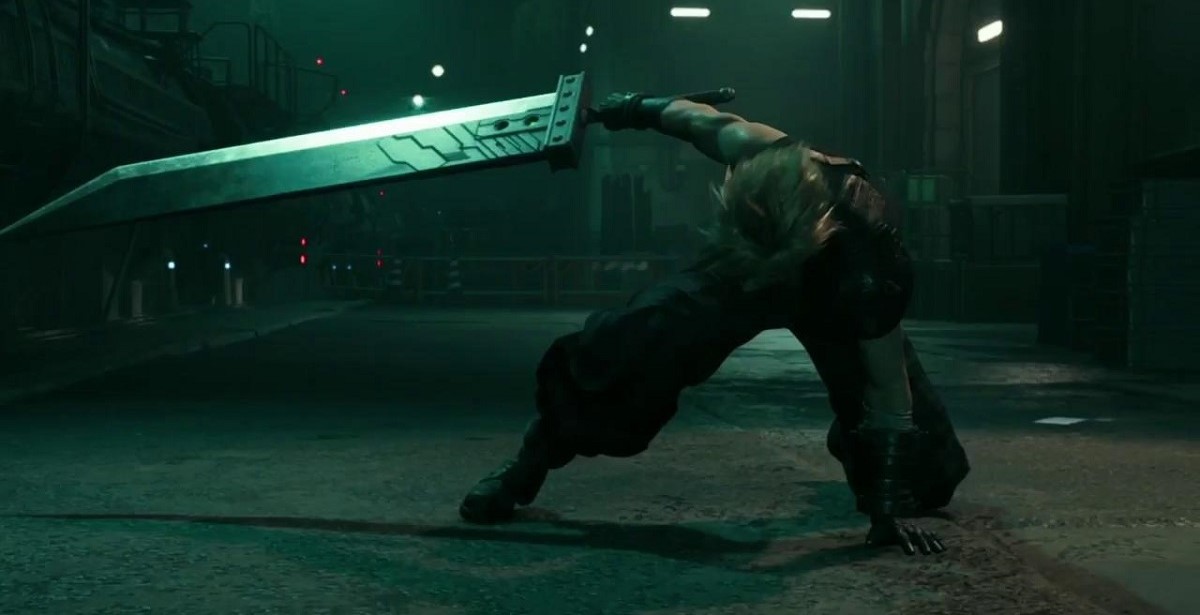 Fans looking to sink their teeth into the Final Fantasy VII Remake only need to wait a little while longer. The recently revealed release date (pegged as March 3rd, 2020) is a small wait for such an ambitious project. If you want to go all out and have the best possible version of the game, the recently revealed editions of the game should be right up your alley.

Something to note is that this first portion of the game will only contain the Midgar portion of the PS One classic. A future release or two should complete the story down the line.

First up is the Final Fantasy VII Remake Deluxe Edition. This edition comes with a Steelbook Case featuring Sephiroth (and the game disc), an artbook, mini-soundtrack, Cactuar Summon and Carbuncle Summon Materia. 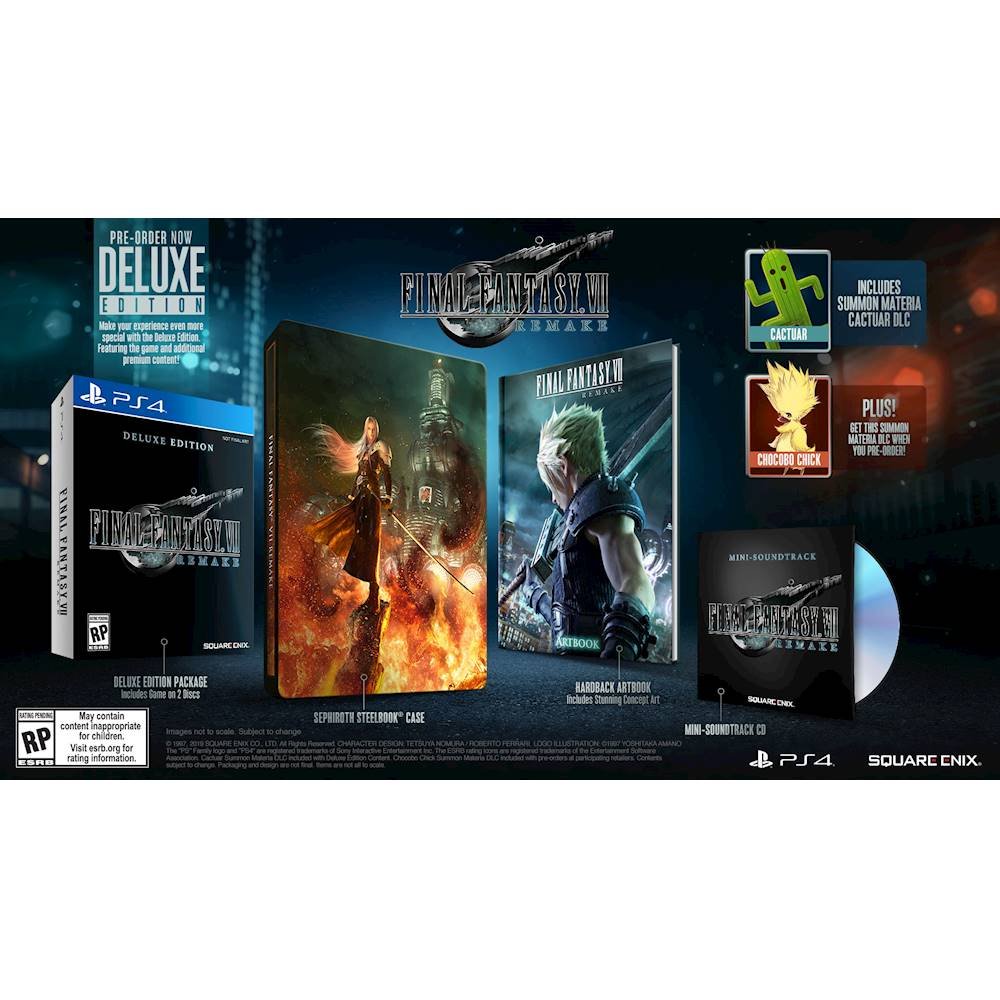 The ultimate edition, a.k.a. Final Fantasy VII Remake 1st Class Edition comes with pretty much the same as the Deluxe Edition, save for some additions. An extra summon and, of course, a Play Arts Kai Cloud Strife & Hardy Daytona statue. 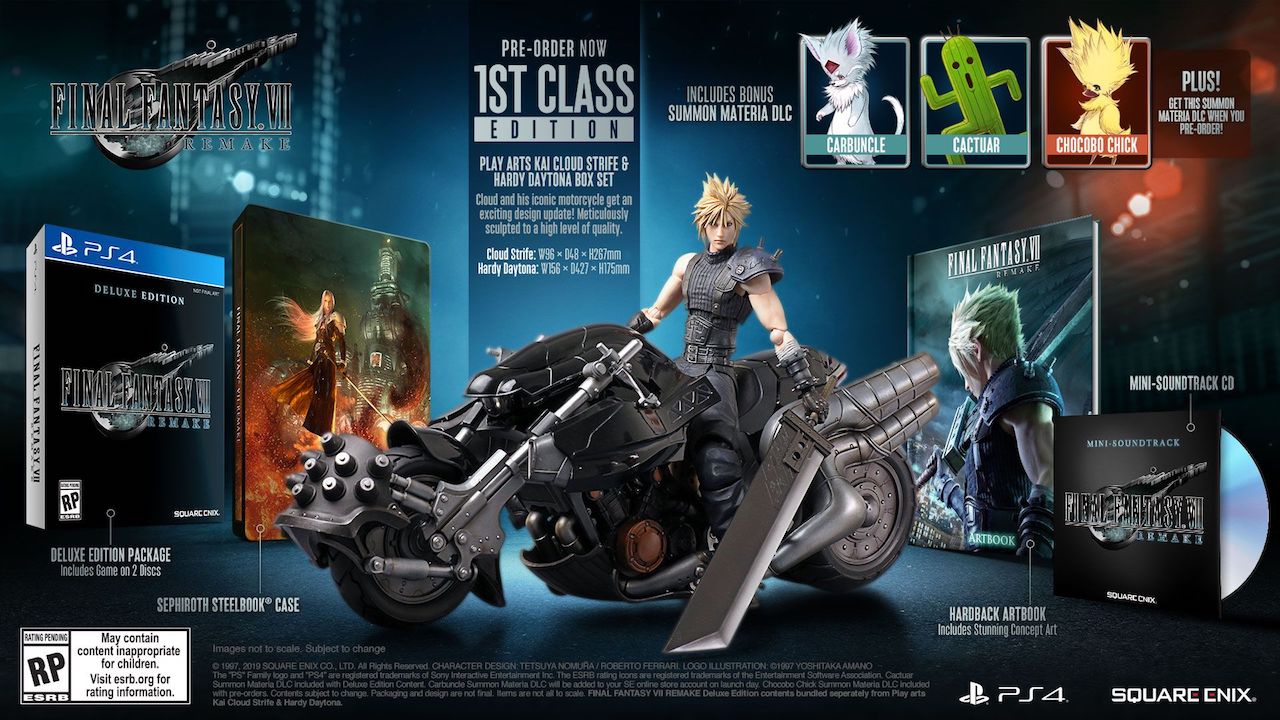 Be sure to stick to Nexus Digital for all things Final Fantasy VII Remake and E3 2019 related.

McJokerson
If they had Vincent or Sephiroth figurines with the first class edition - "SHUT UP AND TAKE MY MONEY!!"

DEATHGIGAS
Damn, another CE I need.

TempestXtreme
As much as that 1st Class edition is super tempting, the thought of how much it would cost terrifies me.