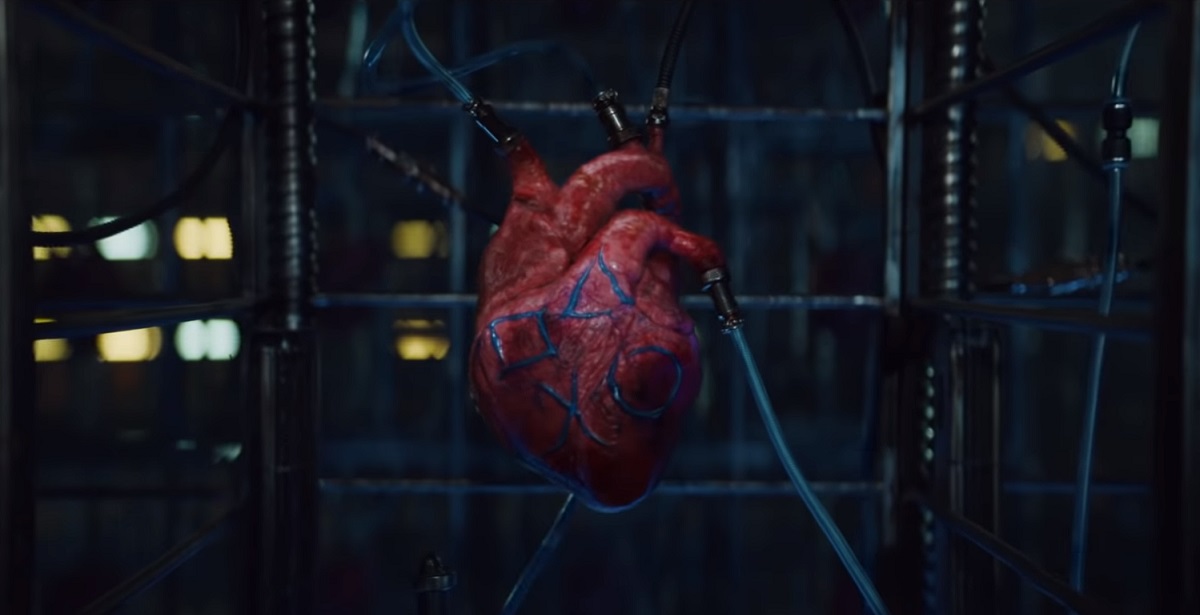 Back in the day, PlayStation's advertisements were a thing of nightmares. Who could forget the bizarre PlayStation 3 trailer inexplicably featuring a crying baby doll? While they restrained themselves this generation (for the most part), it seems like PlayStation is back on their creepy, but effective, marketing campaign again. This time, they're wishing us a Happy Valentine's Day with a trailer involving soldiers finding an underground labyrinth of suspended beating hearts being drip-fed by PS4 Pro consoles - because nothing captures Valentine's quite as poetically as that...

The trailer, titled "Feel the Power of PlayStation", might pay some homage to the Metro series of video games, but the discovery of the rows of beating hearts might've thrown off a lot of viewers - exactly the intended effect, I assume. The PS4 Pro consoles are attached to the hearts, pumping blue... something into them as the veins on the heart slowly take the shape of the iconic PlayStation controller buttons. See it to believe it:

What did you think about the ad? Let us know in the comments below.