Dying Light 2 Has Been Delayed Again, Pushed to February 2022 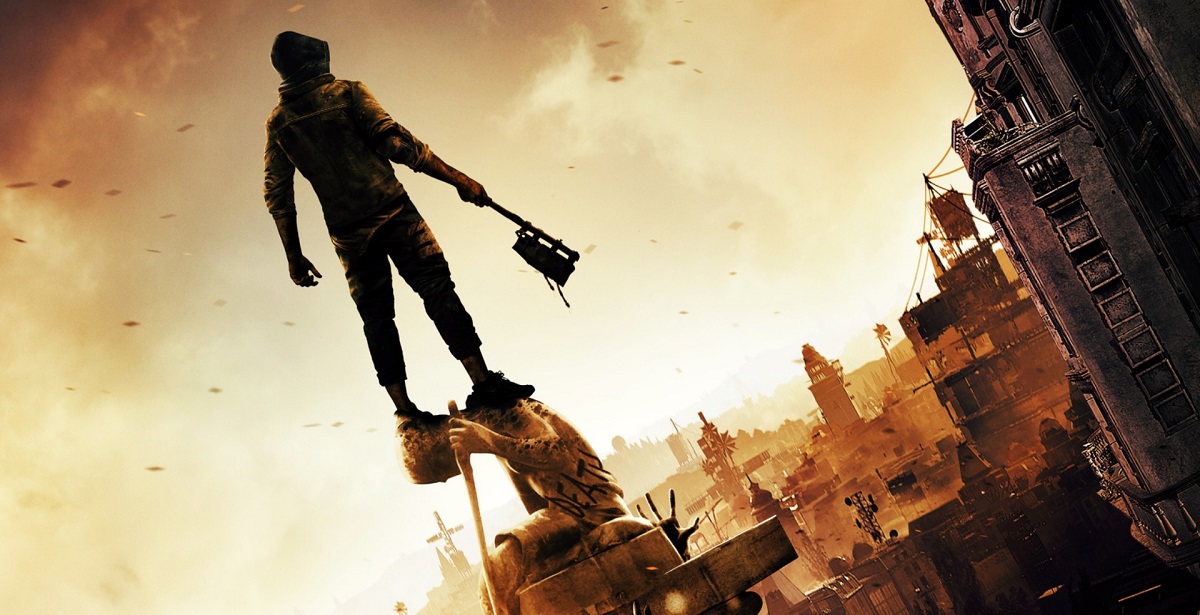 Dying Light 2 Stay Human, the upcoming open world zombie title from Techland, has once again been delayed. Instead of launching this December like it was originally planned, the game has now been moved to the extremely busy February 2022 month for gaming. Techland made the announcement on all their social media channels recently breaking the news, citing that they'll need extra time to polish the game.

Techland revealed yesterday that they've chosen to delay Dying Light 2 Stay Human to February 4th, 2022, stating that the game is complete and currently in its playtesting phase but will need additional time to polish the title. However, they confirmed that select press will be able to get an early preview of the game next month for PC and consoles, which means we can expect early impressions to roll out and hopefully juicier gameplay segments. 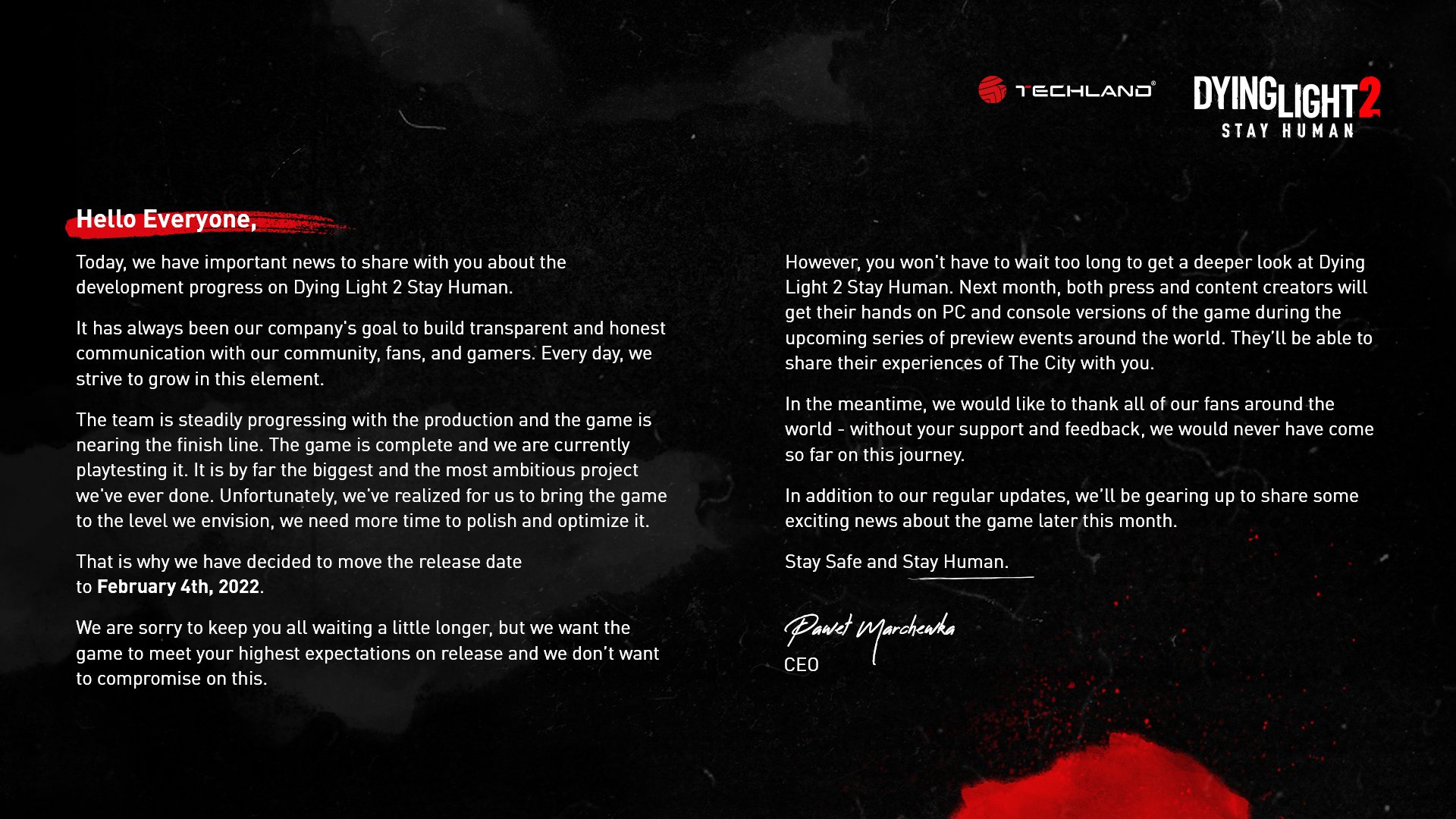 As it stands, February 2022 is already looking to be a crowded month for gaming. PlayStation will release their next major exclusive Horizon Forbidden West in that month. Sifu, Destiny 2: The Witch Queen, the Saints Row reboot, Evil Dead: The Game and more are all also releasing within the month. Dying Light 2 Stay Human will undoubtedly be one of the bigger launches of early next year, but it has stiff competition within that same time frame.

Dying Light 2 Stay Human has gone through some development problems in the past, but it's good to finally see the game coming together. Techland proved themselves with the underrated first title, and there's certainly some hype leading into its sequel. We can't wait to see what the world of horror and parkour delivers.

Lurch
Looking forward to this. Dying Light has issues with stupid characters, bad writing, and too much gunplay towards the end, but that mix of parkour, zombies, and a great atmosphere made exploring awesome. The Following expansion was equally enjoyable though relied more on the buggy to get around and limited parkour to a few key locations.

Tea
Honestly, for those that have played Dying light, the wait is worth it. I still jump back into the first game from time to time to co-op with a friend. It is my definitive Zombie game, and probably, next to portal 2, my favorite co-op experience

Techland know how to make vibrant, believable worlds to explore and if the extra time helps polish that up, I'm 100% okay with that