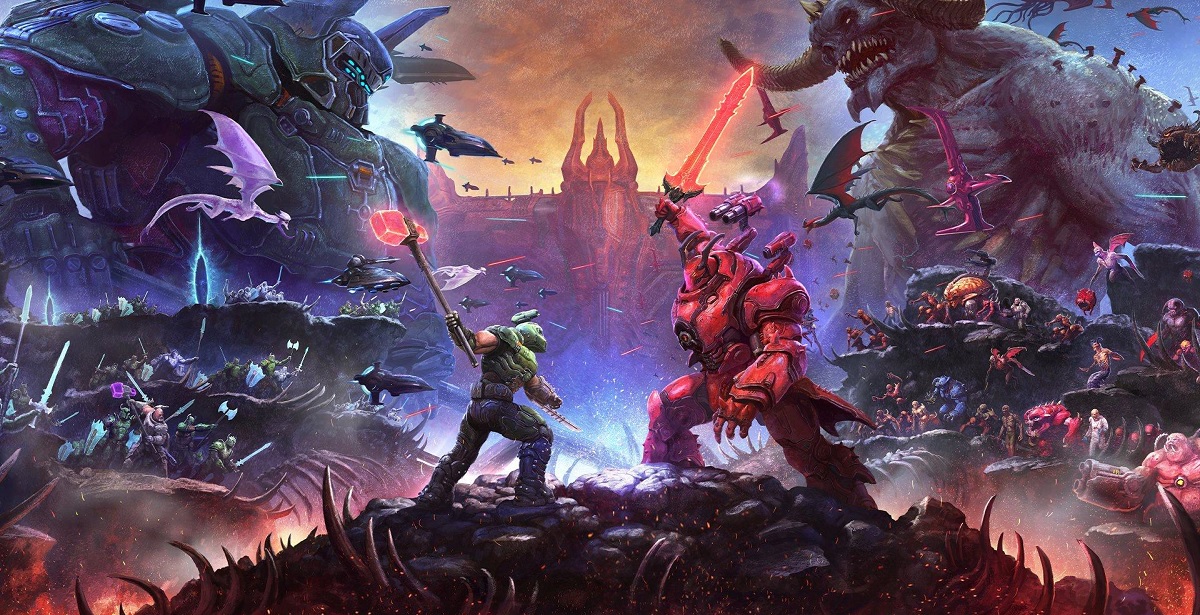 The final chapter in the Doom Slayer's saga, The Ancient Gods Part Two, is now available to all owners of the DOOM Eternal season pass. This concluding chapter will bring an end to the Doom Slayer's story set up in the base game, with many veteran players preparing themselves for quite possibly the most challenging slice of DOOM content ever. However, this is also a standalone expansion, so players won't need to own the DOOM Eternal base game to enjoy this vicious content.

Publisher Bethesda stated that DOOM Eternal: The Ancient Gods Part Two will give players "the epic conclusion to the Doom Slayer’s saga." The plot summary reads, "You denied the gods and awoke an ancient evil. Now rally the scattered Sentinel armies, lay siege to the last bastion of Hell, break through the fortress walls, and face the Dark Lord himself. The soul of the universe hangs in the balance." Check out the trailer below:

Players who own the DOOM Eternal Deluxe Edition will get access to the base game plus both expanded single-player campaigns of The Ancient Gods. In addition, players with the DOOM Eternal Year One Pass will also get access to these two chapters. Since The Ancient Gods Part One came in at a price point of $19,99, be prepared to pay the equivalent for Part Two if you don't own either pass option.

DOOM Eternal first released in March 2020 to glowing reviews, with many media outlets calling it one of the best first-person shooters ever made. Serving as a direct sequel to DOOM (2016), Eternal provides an evolution of gameplay that puts an emphasis on platforming, tactical fast gunning, and an extra layer of violence that made its predecessor look family-friendly. Developer id Software seems to have more plans for the future of DOOM Eternal, though, as a Year One Pass implies that they have more expansions awaiting in a potential Year Two.

DOOM Eternal is now available for PS4, Xbox One, PC and Nintendo Switch.