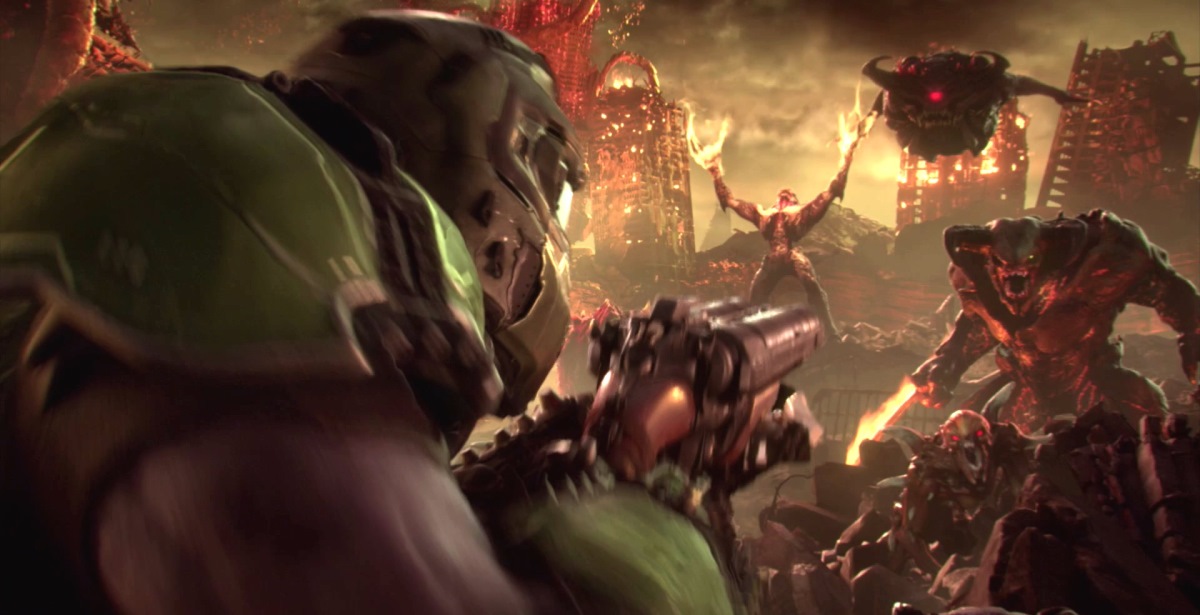 Doom Eternal, the anticipated sequel to 2016's excellent Doom reboot, was first revealed at Bethesda's E3 2018 conference. Though little was actually shown in the trailer outside of the setting - sticking to the original games' iconic landscape of Hell on Earth - we do know that Doomguy will return and have more demons to slay. Yesterday, Bethesda and developer id Software revealed that gameplay is on the way, and sooner than you think.

The image, posted on Doom's official Instagram account, states that a gameplay reveal of Doom Eternal is set to debut on August 10th, and will be showcased at QuakeCon 2018.

The original Doom and the 2016 reboot (if one can call it that judging by the lore) shared similar objectives in bringing forth a more aggressive style of first-person shooter. The game was primarily set between Mars and Hell itself. The sequel to the original Doom, subtitled Hell on Earth, literally took Hell to Earth and created a nightmarish amalgamation of our world and the demon-infested realm. Doom Eternal appears to draw direct inspiration from that concept, and sticks closely to its "Hell on Earth" source material.

We know little about the game, but this gameplay reveal should give us a good dive into Doom Eternal, and hopefully we'll be seeing a release date on the horizon as well.

DEATHGIGAS
Behold the terror of my awesome pink glow!

Blaze
Fools, this isn't even my final form *breaks a million*