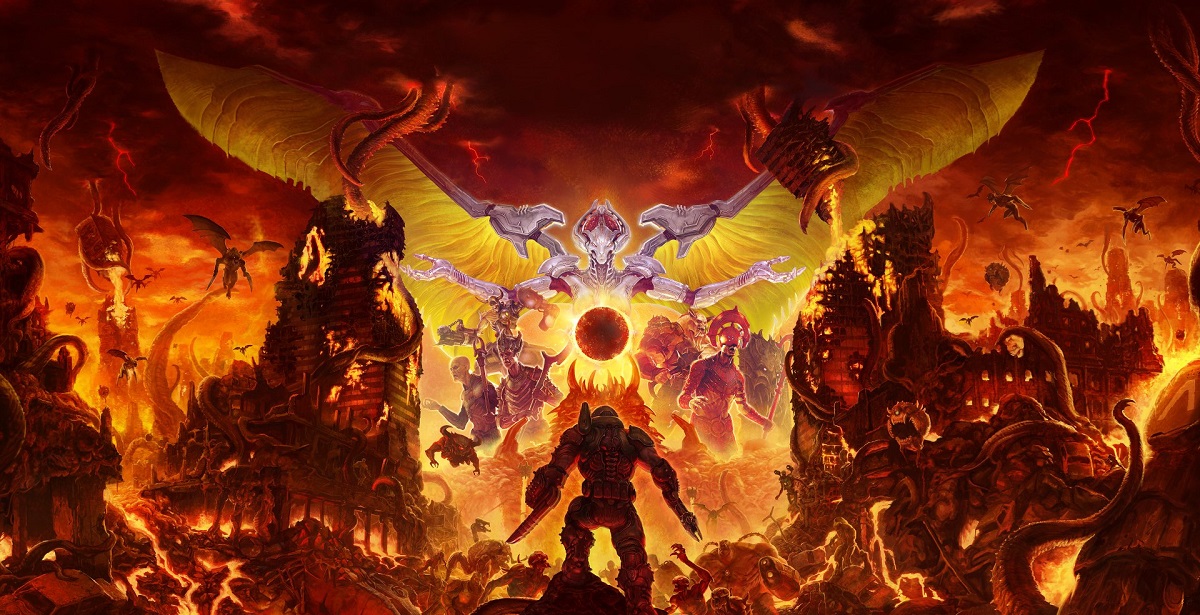 id Software's 2016 revamp of the iconic DOOM franchise yielded plenty of positive results - many critics praised it as being one of the best shooters of the decade. In my opinion, they took it one step further with this year's phenomenal DOOM Eternal, serving as a direct sequel that fleshed out the series' lore in extraordinary ways. With this potential game of the year contender still fresh on everyone's minds, it looks like Xbox will be bringing the hellish shooter to Game Pass next week.

Xbox announced via their website that DOOM Eternal is coming to Game Pass on October 1st, 2020. This was announced shortly after Xbox acquired Zenimax/Bethesda earlier this week, a historical move in the gaming world that has placed several great and established IPs on Microsoft's lap - one of them being DOOM. The sequel takes everything established in the 2016 game, from fast-paced gameplay to vicious violence, and injects a level of strategy into the mix that elevates it above your ordinary first-person shooter. Many media outlets have already called it one of the best shooters of the generation (including us), and it's great that more players will get to experience it at a decent price point come October.

Along with the acquisition of id Software under Zenimax/Bethesda, Microsoft now sits with a wealth of studios and IPs that could spearhead numerous potential exclusives for the platform. Dishonored developer Arkane Studios has already begun working on their next AAA project which will likely be a console exclusive for Xbox, while we're fairly certain that id Software will push on with a third entry in the DOOM series at some point too. There's great potential here for this legendary shooter to continue reigning supreme, so if you have yet to experience DOOM Eternal, then we highly recommend picking it up as soon as it hits Game Pass.

DOOM Eternal is now available for PS4, Xbox One and PC.

KnightFall500
There are ppl who have still not played this???

Blaze
Great that more people will be able to play this incredible game.