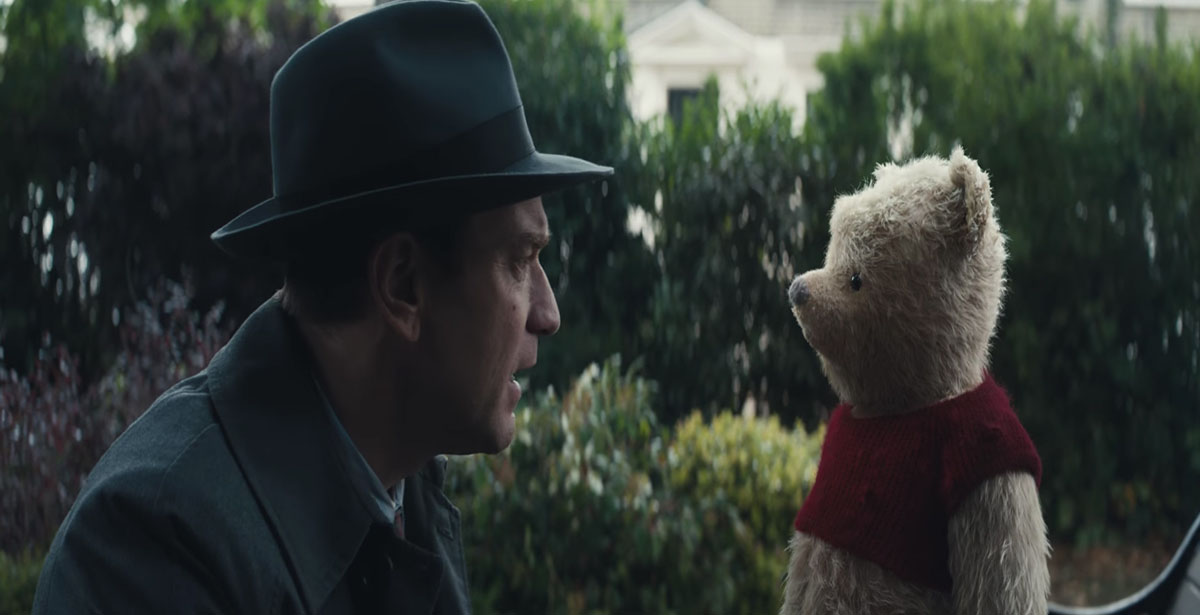 
Disney's latest movie once again takes one of it's classic cartoons or movies and transforms it into a live action movie. This time around they're bringing The Hundred Acre Woods to life with Christopher Robin, a sequel of sorts to A.A. Milne's thoroughly beloved and timeless Winnie-The-Pooh series.

Following in the footsteps of Steven Spielberg's fantastic Hook, Christopher Robin imagines what would happen when the title character, and Pooh's best human friend, grew up. Now an adult with a family of his own, Christopher Robin is beset by a crisis of conscience when tasked with finding a way to fire employees from the company he works at. And just as he's trying to figure out what to do, guess who shows up to help him remember the boy he used to be.

Christopher Robin boasts a stellar cast with Ewan McGregor as Christopher, Hayley Atwell as Evelyn Robin, Jim Cummings reprising his role as Winnie-The-Pooh (and the only acceptable voice of Pooh as far as I'm concerned), Chris O' Dowd as Tigger, Brad Garrett as Eeyore; Toby Jones as Owl, Nick Mohammed as Piglet, Peter Capaldi as Rabbit and Sophie Okonedo as Kanga.

Christopher Robin is scheduled for release on August 3rd, 2018.