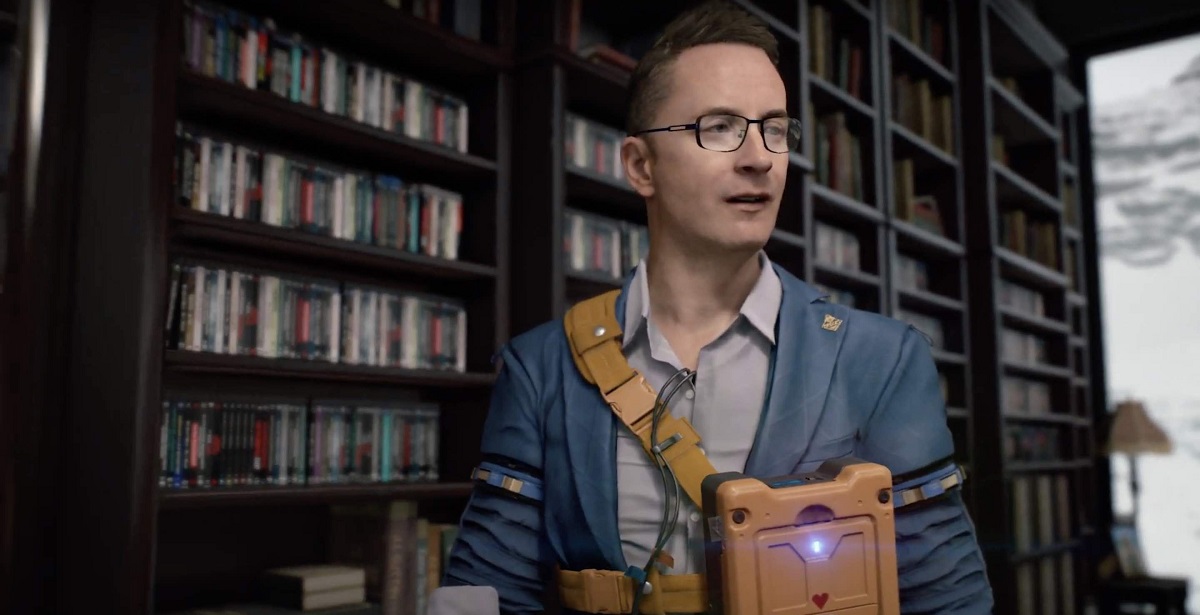 Death Stranding, Hideo Kojima's upcoming bizarre experiment in gaming, is on the horizon - something I'd never thought I'd say this year. Kojima Productions has been hard at work making sure that the game is as polished and shrouded in mystery as possible. With the slew of big Hollywood names joining the project, including the likes of Mads Mikkelsen and Norman Reedus, another filmmaker (besides Guillermo Del Toro) lending his likeliness to the game is Drive director Nicolas Winding Refn, who plays the character "Heartman" in Death Stranding.

Check out his character spotlight trailer below:

The clip isn't so much a trailer as it is a cutscene from the game, showing Heartman waking up from some kind of deep slumber - or death. Go figures. As it turns out, Heartman actually dies every 21 minutes, and spends 3 minutes in the dead zone, before being revived again. The cutscene shows Heartman conversing with Norman Reedus' Sam about his crazy condition. Because this is a Hideo Kojima game, there's plenty of Easter eggs and references to movies, anime, and music littered throughout the trailer. Eagle-eyed viewers might notice the Blu-Rays for Neon Genesis: Evangelion nestled in Heartman's collection, among many other references.

Our questions will hopefully all be answered when Death Stranding releases on November 8, 2019 exclusively for PlayStation 4.

Fantomex
As a 90's DC Vertigo fan, this game seems right up my alley in the weird department. Pity it took games so long to catch up

Blaze
I gotta say, Refn is such a weird inclusion. I love Drive. Only God Forgives and The Neon Demon were... strange movies, but I guess it's a match made in heaven with Kojima.