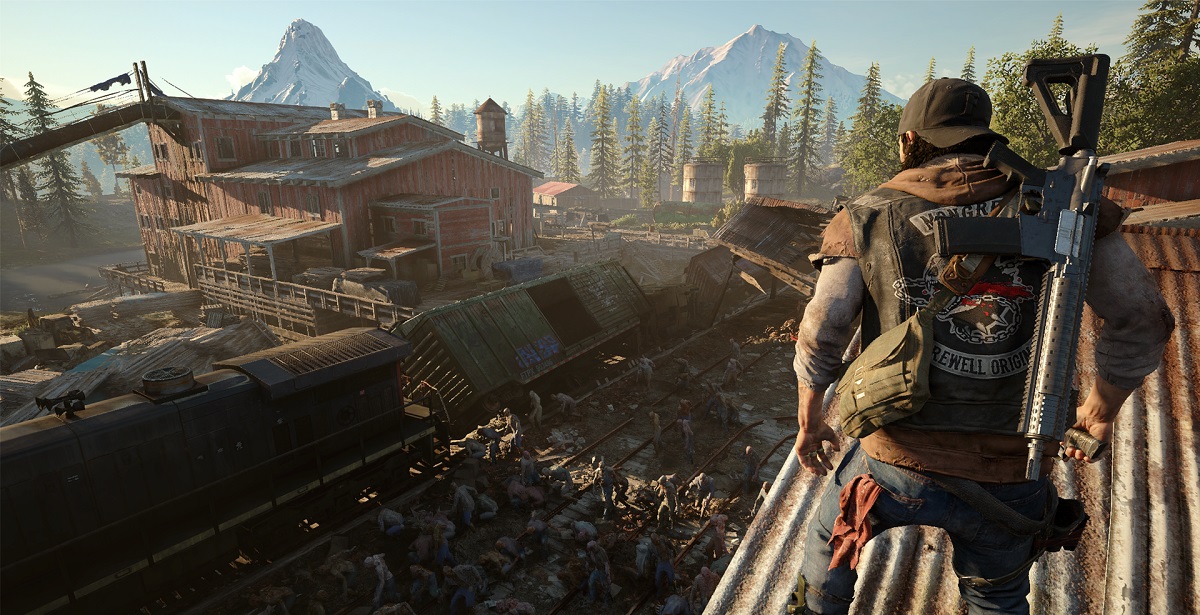 Days Gone, the open world zombie title from Bend Studio, first released as a PlayStation 4 exclusive in 2019. Despite middling reviews at the time from critics, the game has gone on to amass quite a following, receiving a better response from fans. Recently, Bend Studio also made headlines when it was reported that Days Gone 2 was shut down by Sony after an unsuccessful pitch by the developer. Thankfully, it's now finding its way to another big platform, as Sony announced that it will arrive on PC this May.

PlayStation revealed in a recent blog post that Days Gone will be coming to PC via Steam and Epic Games Store on May 18th, 2021. "Days Gone is coming to PC!" said the blog post. "We cannot wait to see more players experience the epic journey of Deacon St. John, a former outlaw biker now drifter and bounty hunter trying to survive in a post- apocalyptic open world where danger lurks around every corner. Explore the sprawling Pacific Northwest high-desert on your trusty Drifter bike as you try to maneuver around collapsed bridges, abandoned vehicles, ambush traps and blocked tunnels. Scavenge supplies from abandoned buildings to craft assorted items, barter with local camps and gear up for the ride through an infested ever-changing environment."

"We are very excited to share our first look of Days Gone on PC with our features trailer," the post continued. "Catch a glimpse on what PC features you can expect to see when booting up Days Gone for the first time on May 18, 2021. Days Gone is available now for Pre-Purchase from a range of digital retailers, including Steam and Epic Games Store."

This marks another major PlayStation exclusive heading to PC. Previously, Sony released Horizon Zero Dawn on PC as well, with the rumour mill furiously turning about the possibilities of other exclusives (like Spider-Man, God of War and Bloodborne) also coming to PC one day.

As a means to reach out to a broader audience, though, this is a smart move. Having sunk a handful of hours into Days Gone recently, it definitely presents a compelling, dangerous world with a captivating story at its core. In case you want to try it out for yourself, Days Gone is currently available for free to PlayStation Plus subscribers on PS4 and PS5 as part of the April 2021 line-up. It's also one of the 20 games featured on the PlayStation Plus Collection exclusive to PS5.