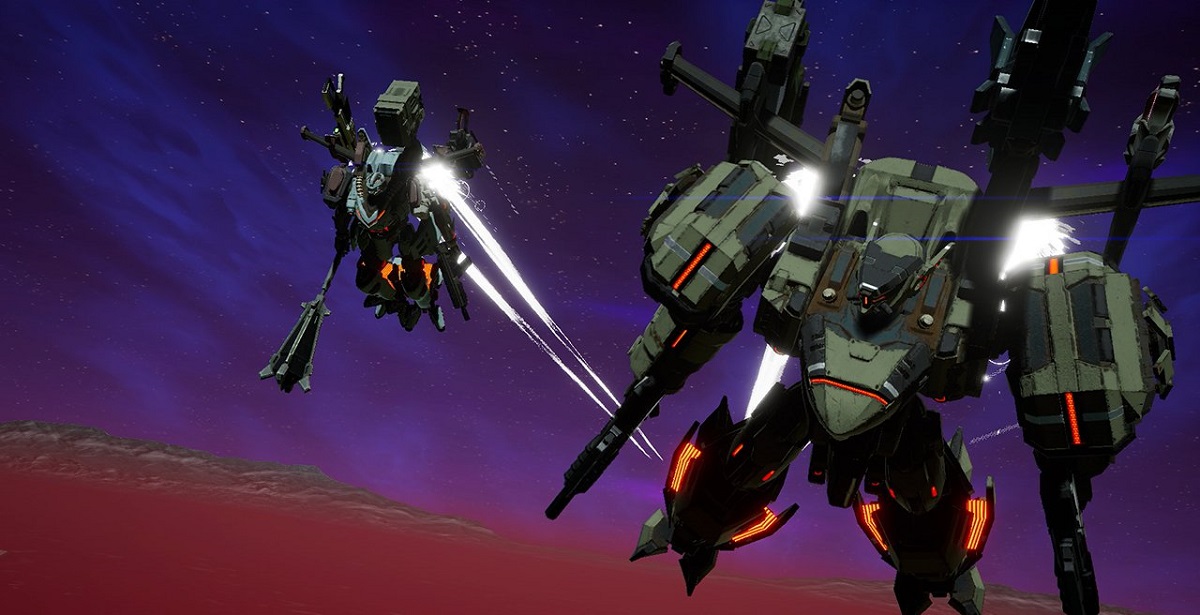 Daemon X Machina, the mech shooter, has been confirmed as the next game on offer on the Epic Games Store.

The title was originally released on the Nintendo Switch in 2019, then made its way to PC in 2020. It casts players in the role of mercenaries that are employed by the Orbital organization, who have access to Arsenal mechs. Each new mission offers a new post-apocalyptic area for players to whizz through in giant robot mechs, reducing enemy mechs controlled by a rogue AI, to heaps of scrap metal.

Each mech is fully configurable with new upgrades and weapons, but it's not just mechs that can be altered - you can delve into the world of body modification as well, offering a distinctly unique cyberpunk aesthetic to you character, like some fleshy-mechanical aberration. You can, of course, leave it at simple cosmetic changes, but in a world where you can fight other giant flying robots, in a giant flying robot, it's better to look like a character from Command and Conquer.

Daemon X Machina also offers an array of different mods, including online co-op, multiplayer Exploration Missions, and even a 1v1 and 2v2 leaderboard -focused competitive mode. There is quite a bit for fans of giant mechs fighting each other to enjoy, and the free offer makes it even more enticing.

Daemon X Machina will be free to download on the Epic Games Store starting next week Thursday, the 27th of January. It is currently also available on the Nintendo Switch and PC for purchase.