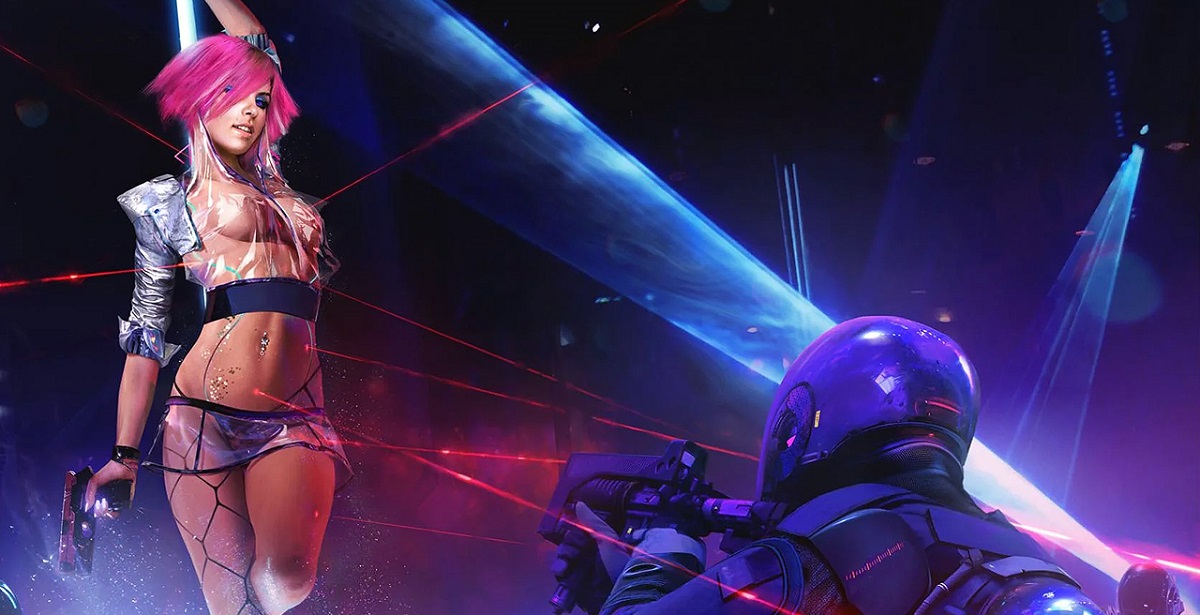 CD Projekt Red are known for their mature video games. The Witcher series not only tackled mature subject matter, but also presented more adult themes and visuals like sex and nudity. The developer will carry this mature approach over to their upcoming open world RPG Cyberpunk 2077 as well, which - as the various gameplay demonstrations have shown - features its fair share of sex, nudity and profanity too. However, it looks like there will be some kind of censorship option available to players that will allow them to switch nudity off.

According to CD Projekt Red QA head Lukasz Babiel, in response to a fan on Twitter, there will be a setting "like a censor mode" to turn nudity off in-game. Sadly, we don't know the details of how this censorship will work, and to what extent it will mask the nudity. As it stands, it's hard to say just how much nudity will be in Cyberpunk 2077, but if we can judge it early by the gameplay trailers, there will be a fair amount out in the open world and in certain locations (as well as encounters in the story). At least it's nice to know that nudity can be toggled off for those who may be uncomfortable with the game's nudity.

That said, Cyberpunk 2077 is going to be quite a mature game thematically and in the way it handles more adult content. Even if the nudity is toggled off, you'll still have quite a bit of stylized violence, profanity, drug use, sex, and more to contend with that fits the bill for the authentic dystopian cyberpunk world they're trying to create. For those reasons alone, we strongly advise children below the age of 18 to not play the game. It looks like CD Projekt Red is once again trying to target the more mature demographic like they did with The Witcher 3: Wild Hunt for Cyberpunk 2077, and we can't wait to see how far they've come after all these years.

Tebulot
Man that is some nice artwork for the top pic... I need to start drawing again

Lurch
@KF500 - In a game about rampant cybernetics and enhancements, I'd be careful what you wish for...

KnightFall500
This games been delayed THREE times, I wana see ALL the naughty bits!