Colourful lessons on why we don’t gamble with the devil 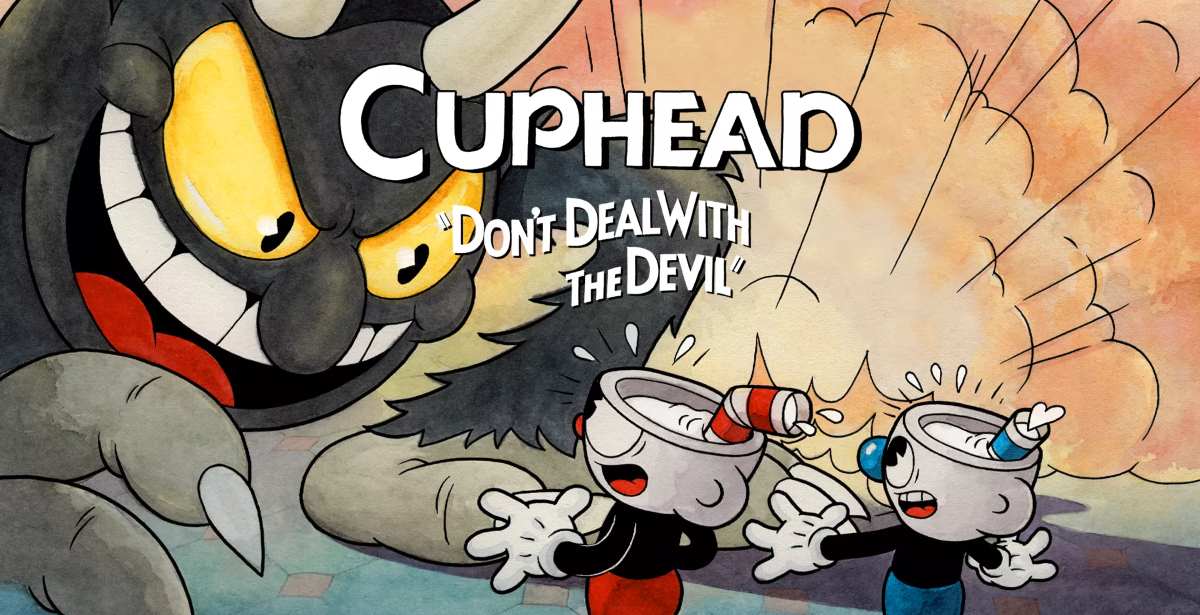 Cuphead has sat on my “upcoming games I want to play” list for a long while now. The game has sat in development for more than a year with sneak peeks of gameplay at conventions being the only source of detail for us. Though through those few interactions I knew that there was something special coming in Cuphead. With a key procured and the game finally downloaded I sat down to finally give a go this weekend and see if the game could live up to the hype and initial impressions, and then promptly spent the better part of 20 minutes trying to beat the first boss.

But you know what, I enjoyed every moment of trying to work out the attack patterns, getting used to how my character moved and even the failing. For as difficult as Cuphead is, and it has very much lived up to that particular tag with some internet commentators lovingly calling it Dark Souls 4, you can always see why you failed. There are no cheap deaths here, only patterns to be learnt and mastered before the next stage is revealed and you find yourself having to deal with a whole new strategy to beat the boss. 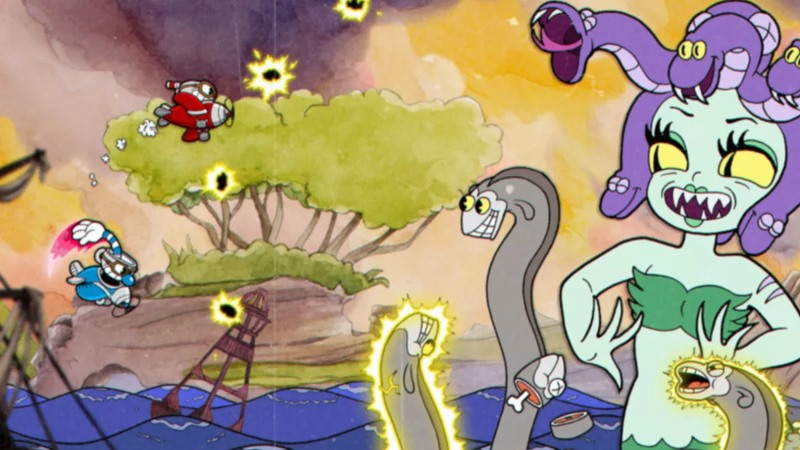 And what a collection of bosses the game has on offer. The story is a simple one, don’t gamble with the devil. Or you may just find yourself and your brother having to collect on his debts to avoid your own soul being taken. Unfortunately said instance is exactly what Cuphead and Mugman find themselves in, having to go out into the beautifully animated world they live in to collect on these debts. You’ll find animated vegetable patches, genies, creepy clowns, fortune telling blimps, and any number of other interesting and unique debtors out there. Each one providing their own challenge as you make your way across the 3 zones on your way to dealing with the devil himself.

You’ll also find yourself not only on foot as some levels see you take to the sky in levels that give most bullet hell shooters a good run for their money. This break up of the action does the game well and helps to keep you guessing, at least on your first try as to what you’re going to see.

Outside of these boss battles you will also find yourself in run and gun levels where you need to make your way from one side of a level to the other, all the while collecting coins and avoiding enemies. These levels feel very much like Contra or Metal Slug, both in platforming and enemy strength difficulty and while you will probably spend more time in one of the boss levels these run and guns are important for those aforementioned gold coins. The coins allow you buy upgrades to your basic abilities, allowing you new alternate attack patterns as well as interesting tweaks on your mobility, like the ability to become unhittable while dashing or automatically triggering a parry.

In this way you also get to build up to a style that works for you, but also allows you to edit your loadout for particular bosses. Having spread attacks helping when you need to deal with adds over some bosses where you are in a damage race more than anything else. 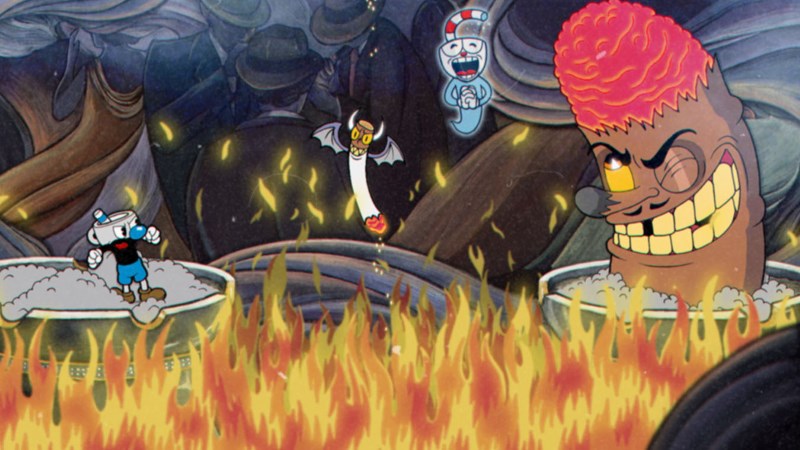 Layered over all of this though is the look and feel of the game. Having gone for a throwback to the art and sound of 1930’s cartoons the world of Cuphead bounces and grooves to the tune of it’s jazz inspired soundtrack. Every little detail has been realised as characters move their ropey limbs around, colours pop and blend in that washed out watercolour style and groove along to the soundtrack. The art team have gone above and beyond what I think anyone could have expected and managed to deliver a game that looks and acts exactly as you’d expect from their inspirations.

Overall Cuphead has managed to live up to the hype that chased the game all through its lengthy development. The game has a character all of its own that bleeds out of every nook and cranny while it tests the limits of your perseverance against a wonderful gallery of enemies. If you are a fan of 2D platformers or just yearn for a game to test your platforming and bullet hell avoidance skills you owe it to yourself to give the game, at the very least, a look, and at the price point more likely a purchase too.