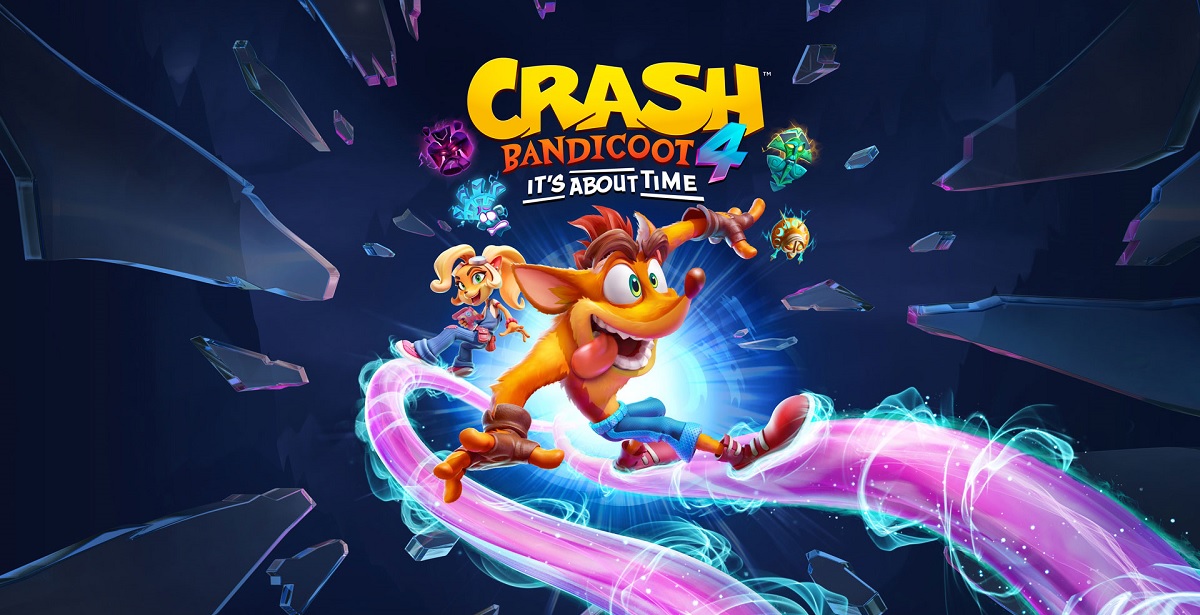 UPDATE: Developer Toys for Bob has clarified that Crash Bandicoot 4: It's About Time will not have microtransactions. The "in-game purchases" label on Microsoft's store referred to the Totally Tubular skins, which will be coming with all digital versions.

We're seeing confusion about #MTX in @CrashBandicoot 4 and want to be clear: There are NO MICROTRANSACTIONS in #Crash4. As a bonus, the Totally Tubular skins are included in all digital versions of the game.

ORIGINAL STORY: Crash Bandicoot 4: It's About Time was recently announced as the continuation of Naughty Dog's trilogy on the original PlayStation, retconning every other Crash that followed. The new game, developed by Toys for Bob of Spyro Reignited Trilogy fame, will be close in DNA to Naughty Dog's titles, featuring classic platforming, chase sequences, and more that defined our childhoods. However, it was also recently revealed that Crash Bandicoot 4 would be quite a lengthy blast of nostalgia, coming in at over 100 levels and featuring microtransactions of some kind.

According to an email GameStop sent out to fans, Crash Bandicoot 4: It's About Time will feature around 100 levels along with "new game modes". To put this into perspective, Crash Bandicoot 3: Warped only had 32 levels which included bosses, secrets, and hidden levels. This brings the fourth entry to a length that's over triple that of Naughty Dog's last title. Additionally, Microsoft's Store page for the game mentions "in-game purchases", hinting that we'll be seeing microtransactions make its way into the next Crash title in some shape or form.

THAT $60 PRICETAG MAKES ALL THE MORE SENSE NOW, DANG

THIS IS N. SANE pic.twitter.com/a6bCJNMr8t

Crash Team Racing: Nitro-Fueled previously received in-game purchases too as an update in August of last year, and with Activision at the helm, it's no surprise that It's About Time will also feature them. Interestingly, it's not mentioned how these microtransactions will play into the game - whether they're for cosmetic purposes only, or if it will allow us to buy any boosters that could significantly alter the gameplay. Either way, we'll just have to wait for clarity from the developer or publisher regarding this, because it could potentially harm the launch of this title should the microtransactions be egregious to any extent.

Crash Bandicoot 4: It's About Time launches on PlayStation 4 and Xbox One on October 2nd, 2020.

Lurch
I can't tell if that tweet is ignorance or pandering as the Crash games have always had tons of shorter levels. The gameplay loop and level design has always encouraged replays but not "exploration" per se.

As for the microtransactions, I've seen some suggestion that even pre-order bonuses will be flagged as "in-game purchases" on the MS store so it might not be extensive (at least I hope not).