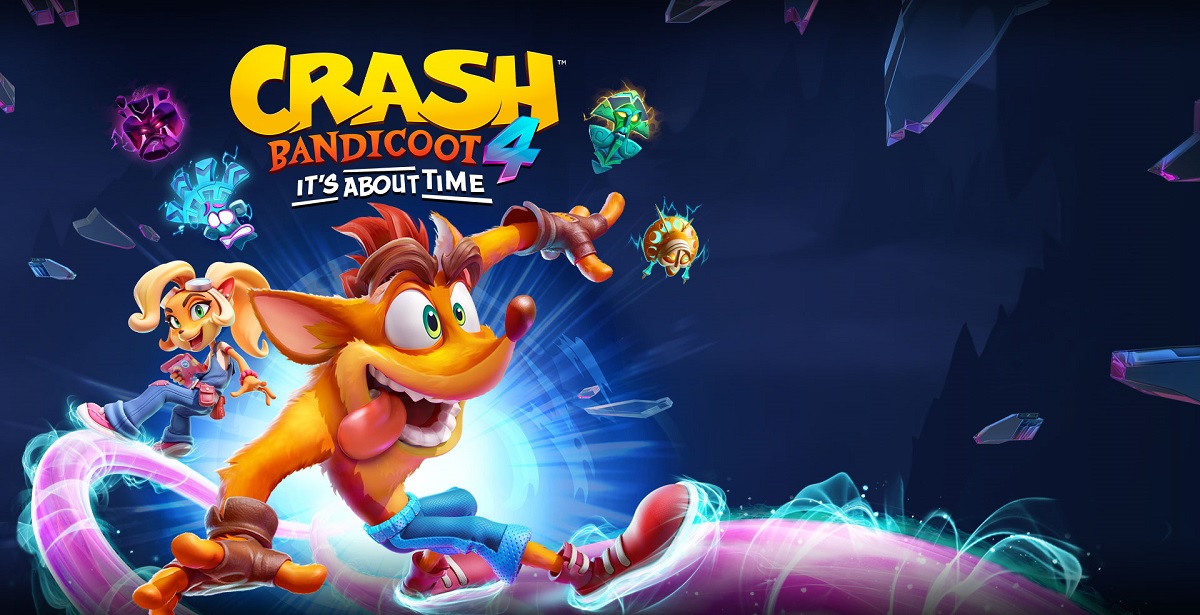 As many gamers did in 1998, I too spent many nights glued to my television screen playing Crash Bandicoot: Warped. The quirky humor, zippy platforming, and general awesomeness of Crash and co. entertained players greatly back when PlayStation 1 graphics were considered the pinnacle of video game visuals. Now, some 20-odd years later, those gamers are all grown up, and Crash has come to grace their screens in the form of Crash Bandicoot 4: It's About Time. 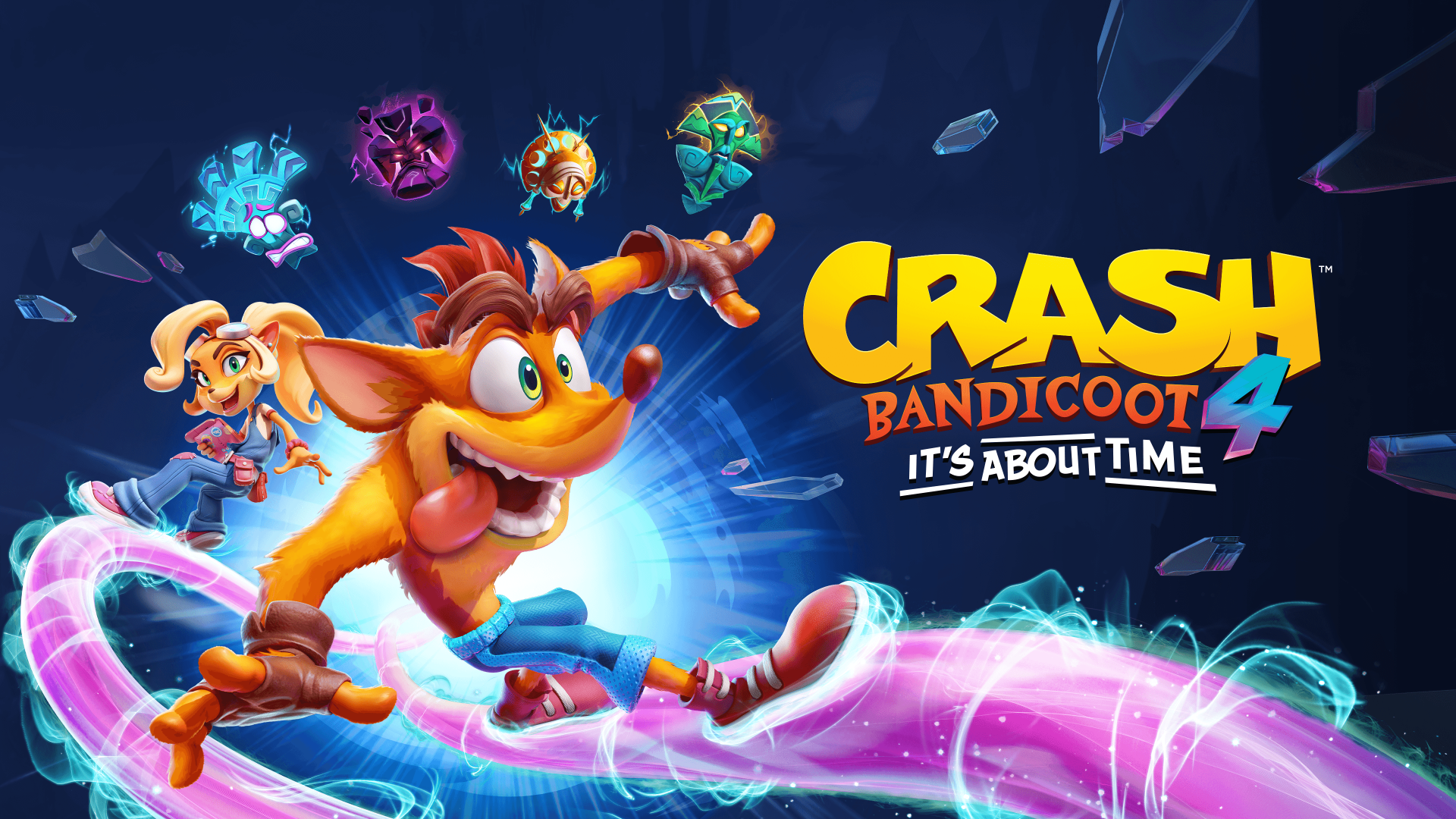 Through a clever decision made by developer Toys for Bob, the game picks up directly after the events of Crash Bandicoot: Warped (which was the final installment in the Naughty Dog trilogy). Neo Cortex, Uka Uka, and N. Trophy break out of their netherworld prison, with a plan of multiverse domination as their motivation. The story is told with a self-awareness that is humorous at times and downright funny at best. The story is presented and told in such a way as to honor the main titles that came before it, but contains enough identity to distinguish itself as a new one. Though the story would mean little if playing through it was a chore... thankfully, that's not the case here. 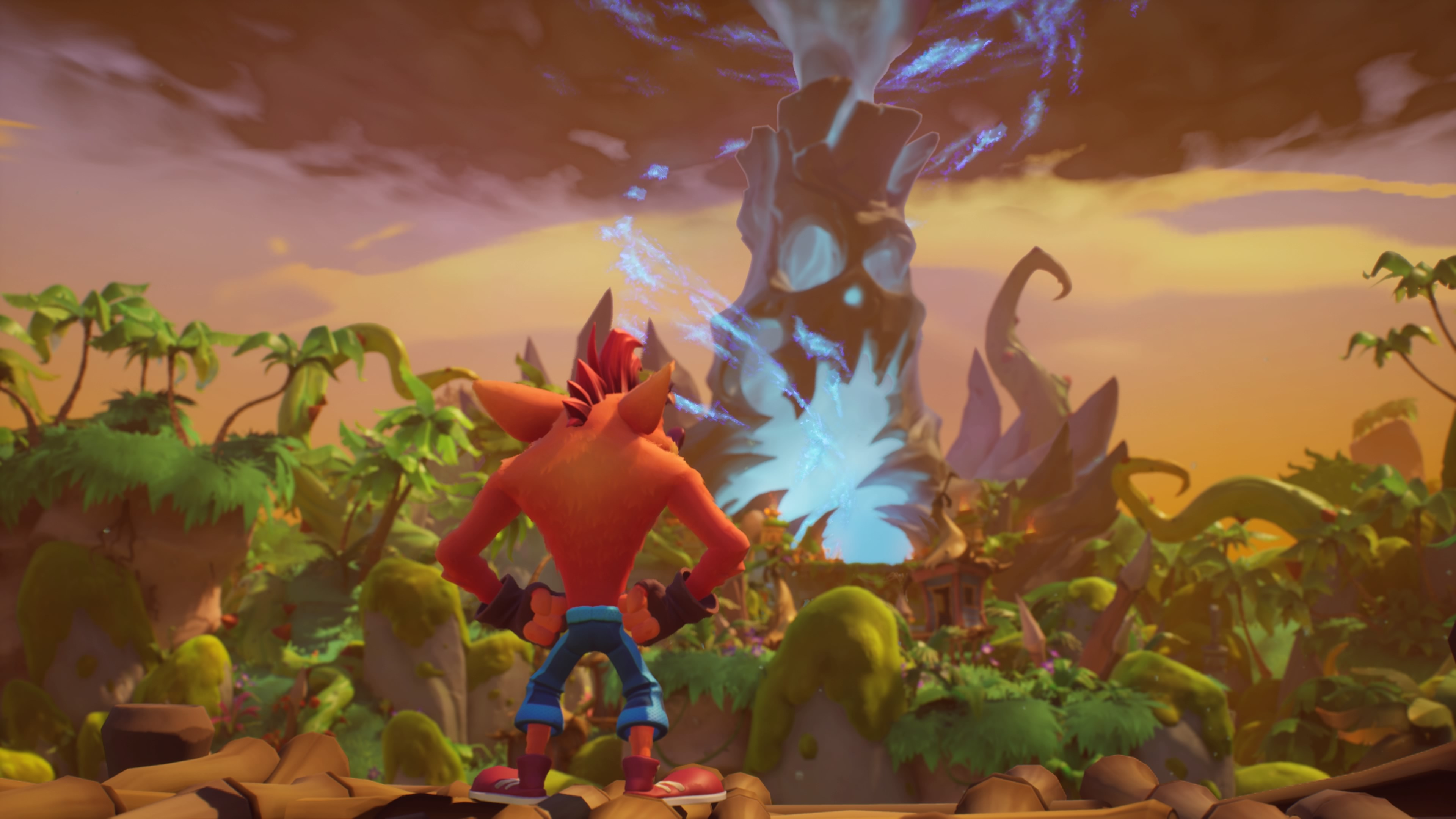 The care and respect developer Toys for Bob has for the Crash Bandicoot series can be seen in every aspect of each level. From the overworld screen to the minute details at any given level, Crash Bandicoot has never looked and played this good. The additions to the title, such as rail grinding, wall running, and rope swinging, though all new to the series, feels like a natural addition to the game. Though, some slow and awkward camera following while rail grinding can lead to some frustrating deaths. These actions force players to make split-second decisions, instead of just relying on good old muscle memory to conquer a level.

The care and respect developer Toys for Bob has for the Crash Bandicoot series can be seen in every aspect of each level.

Crash Bandicoot 4 also introduces quantum masks into the bag of new tricks, netting characters the ability to bend gravity, slow down time, phase objects, and even one that essentially over-powers your spin. The new traversal moves, coupled with the quantum masks make for some visually stylish platforming (and great gameplay, of course). A tiny addition to note, and I'm sure a lot of players will not notice it at first, is the inclusion of a small "shadow" underneath player-controlled characters as they jump (the setting can be toggled off, as well). This tiny quality of life addition can help tremendously when trying to nail that tricky jump. 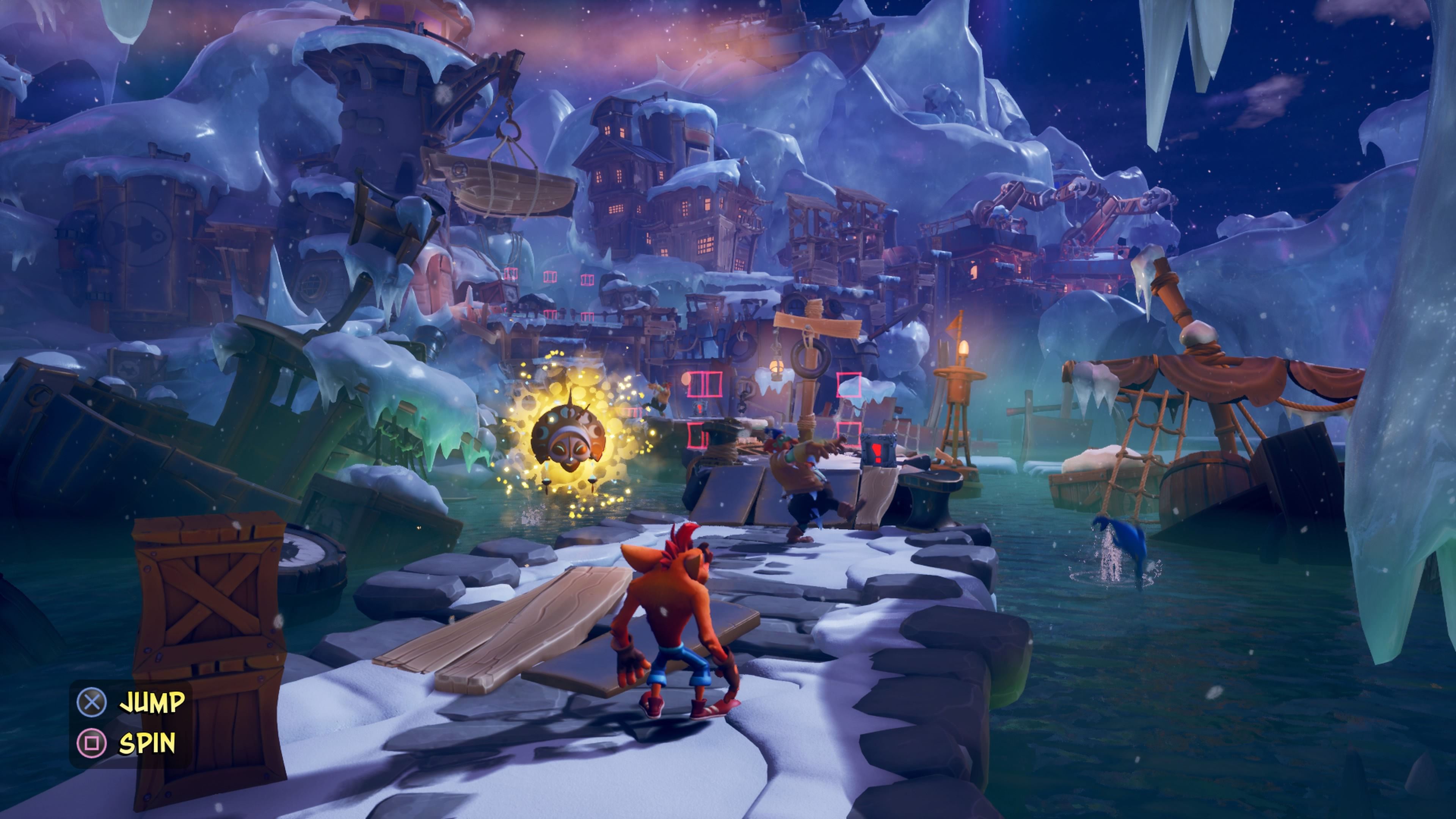 For those worrying about the longevity of Crash Bandicoot 4, there's something for you as well. During the campaign, there are opportunities to play flashback levels, which are pure platforming bliss. Don't get confused, although they are great to attempt, they are some of the most difficult content in the game. Other than the flashback levels, players can look forward to time trials, local multiplayer, co-op, and the N.Verted mode. These modes are also where other characters become playable, which are all great in their own rights. Cortex can dash and turn enemies into jelly bouncy mats, Tawna has a grappling hook, and Dingodile can vacuum and spit out objects.

During the campaign, there are opportunities to play flashback levels, which are pure platforming bliss.

These characters also create new opportunities for players to play through levels, breathing in some new life into each of them. The N.Verted mode, which is basically a mirror mode, was co-developed with Crash Team Racing: Nitro-Fueled developer Beenox. As with the rest of the It's About Time package, this isn't your run of the mill mirror mode; they have upped the ante by throwing some interesting design choices at it, none of which I'll discuss here as they are better experienced without any prior knowledge. 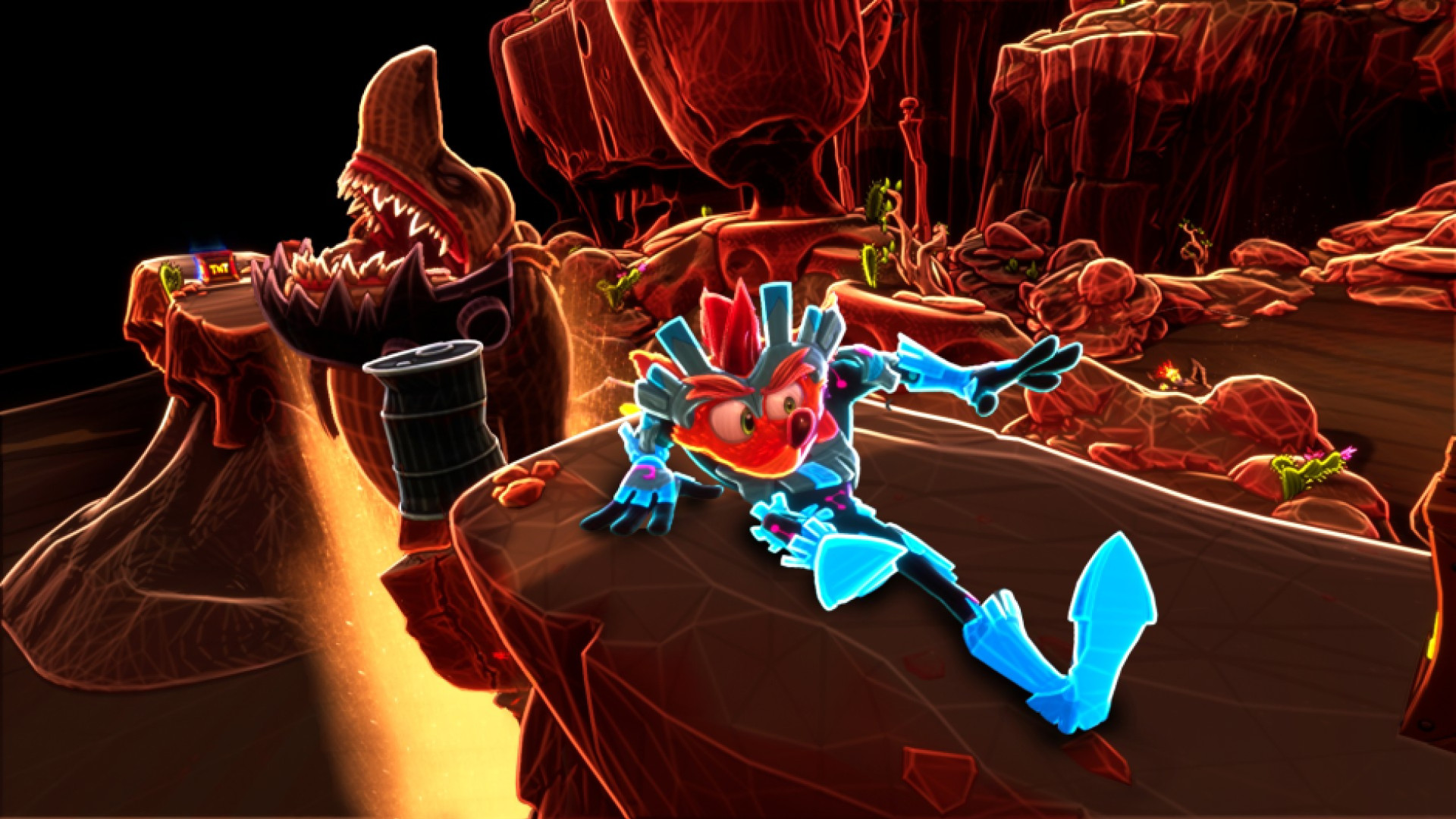 Speaking of characters, Crash and Coco can also unlock and equip some great additional costumes. On the other hand, the cast of characters all shine throughout the campaign but truly get a minute in the spotlight through their individual levels. Toys for Bob managed to create a Crash Bandicoot game where everything from the level layout to the character stories has to be commended. I thoroughly enjoyed the packages and it now stands as my new favorite Crash Bandicoot game. As mentioned in the opening paragraph, I was but a child when I first experienced Crash Bandicoot: Warped. Now, at this moment in time, I played through Crash Bandicoot 4 as my 4-year-old daughter watched and experienced the joy this series has to offer. 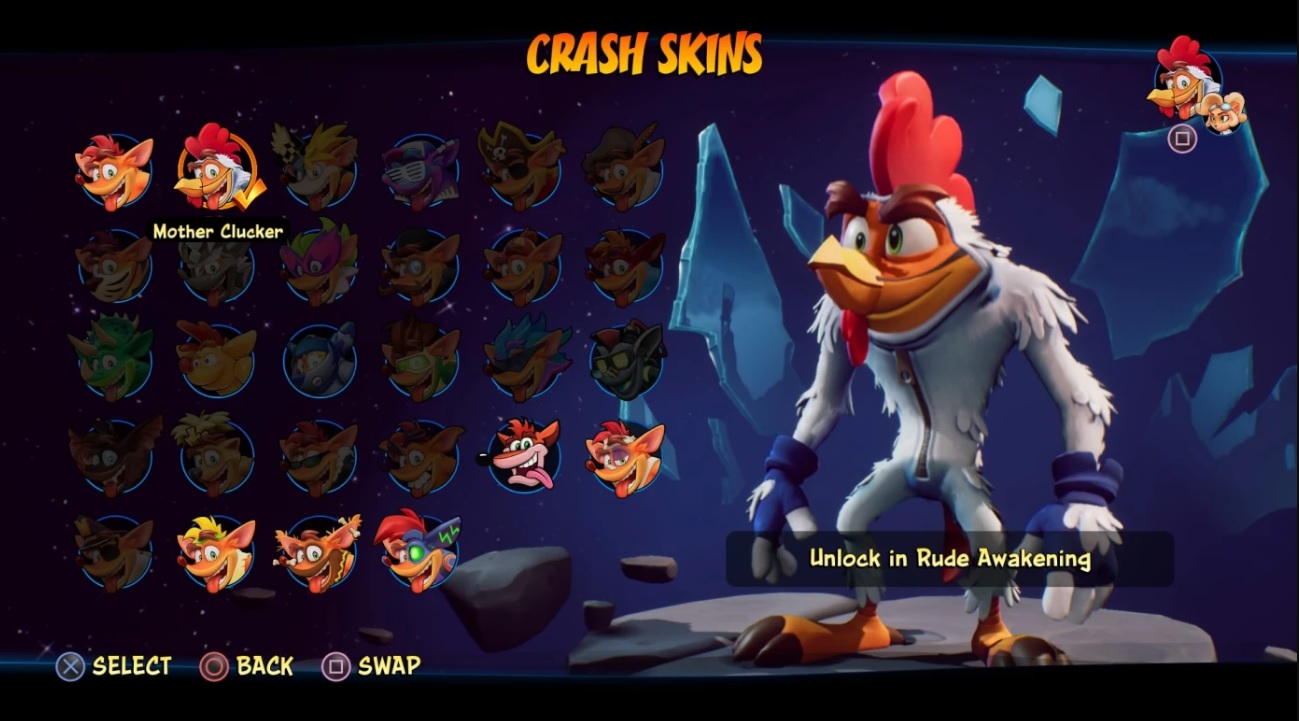 Crash Bandicoot 4: It's About Time is a wonderfully crafted game. The love developer Toys for Bob has poured into the title is evident and makes the game all the more appealing. It's accessible enough to pick up and play by anyone, but also provides a hardcore enough challenge for those diehard fans of platformers and the series. If there are any planned spin-offs or main titles, we can only hope Toys for Bob will helm the project and produce another title for Crash Bandicoot fans to enjoy. 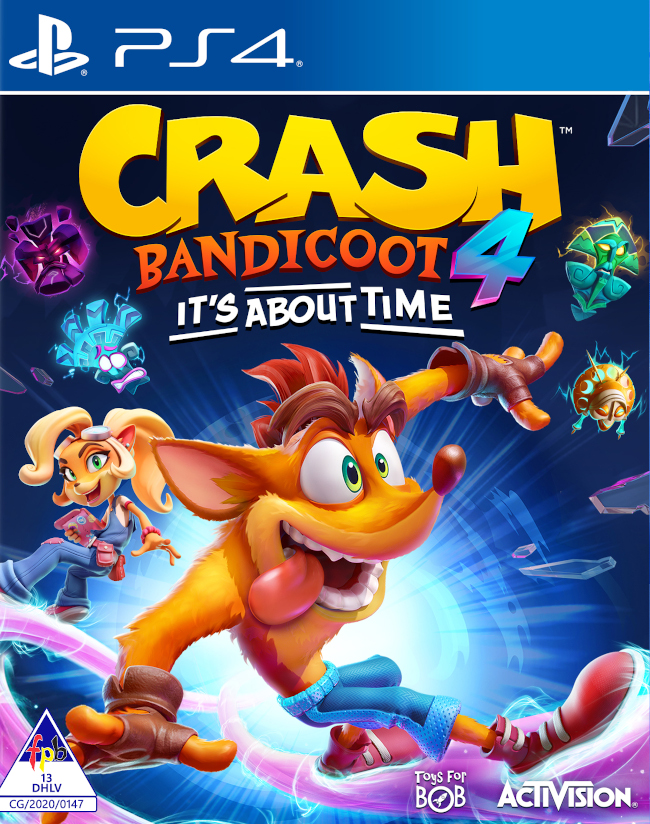