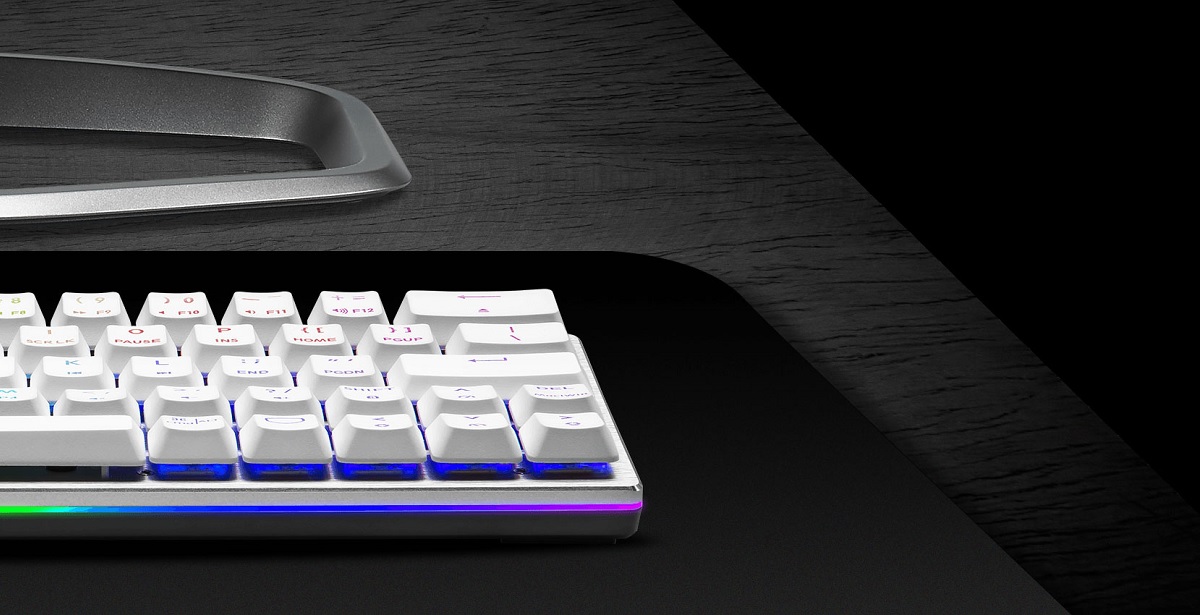 Keyboards are a curious thing – a peripheral we all use daily and for most of our working day and one that many of us do not pay much attention to. These days it’s really the gamers who bother to take their time when choosing their keyboards, but more people should take care because gaming keyboards are like concept cars, a precursor to widely available features. At the moment smaller keyboards, cutting the NumPad out mainly, are all the rage and the SK622 is a prime example of this.

The SK622 is billed as a 60% keyboard and out of the box it is tiny. It removes any extraneous keys, the NumPad being the most obvious starting point. For those who like media buttons I have qualified bad news; those are deemed surplus to requirements in this style of keyboard. However, via the use of the Fn key in conjunction with other keys gives you the same functionality. If you are a frequent laptop user then you will be used to having to memorise new key combos. That is the first thing you are going to have to get used to – memorising slightly different key placement as well as key combos. If you switch between different keyboards it will not take you long to get used to the different layout, but even if you do not it won’t take you long to get used to the layout. I found that within a couple of hours of use that I was almost back to my normal typing speed, errors notwithstanding. 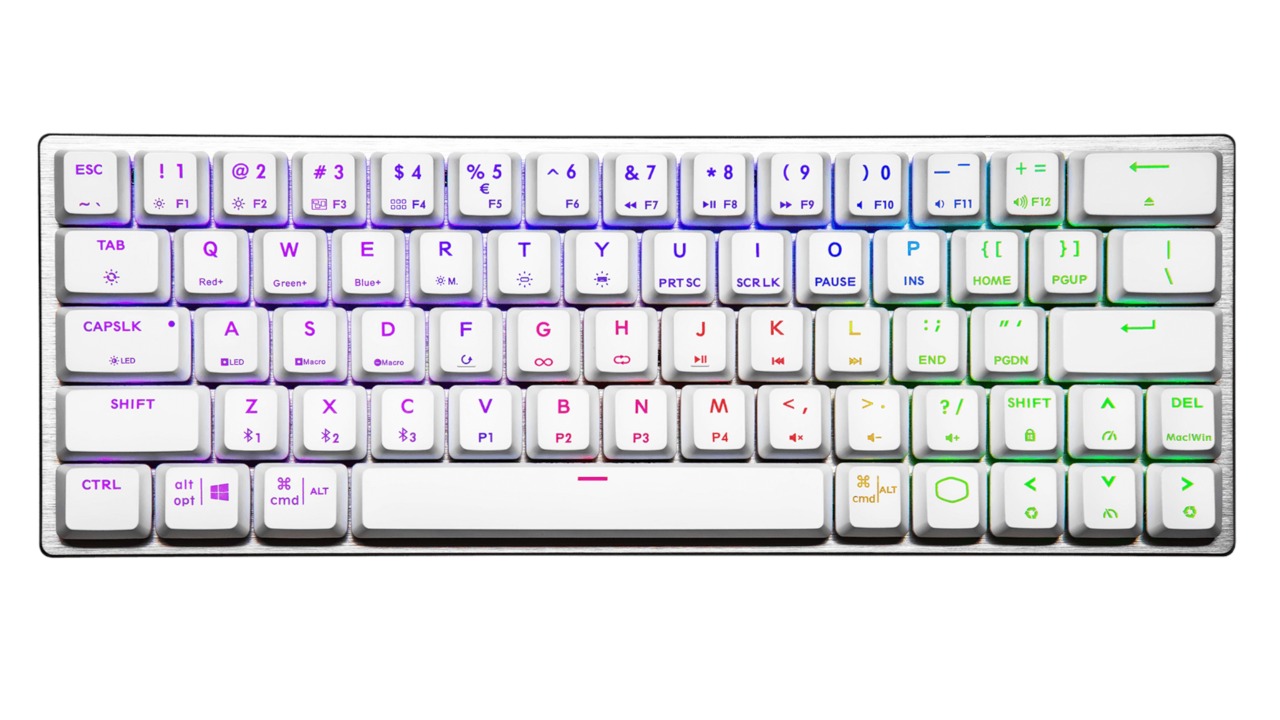 The main advantage of a 60% keyboard is the size. Whether you have a small desk or want more space for your aggressive mouse movements, this is the style of keyboard for you. My home setup is not and while I prefer a full keyboard, as an accountant a keyboard is not a keyboard without a NumPad, I will admit that the extra room on the desk was nice. But where I really appreciated the keyboard was in its portability. For me this keyboard is ideal for use with a laptop and fits easily in any normal sized laptop bag and it is not heavy so will not weigh you down. Making it easier to carry around is the nice velvet carrying bag that is included in the box. It won’t protect it from heavy knocks, but will keep it clean while in your bag.

Whether you have a small desk or want more space for your aggressive mouse movements, this is the style of keyboard for you.

The keyboard provided for review came with Cooler Master's Red Linear Switches meaning that they require a higher actuation force which is great for gaming as Red switches register inputs faster than others. They are also supposed to mitigate finger fatigue, but I cannot say that I have ever experienced that with any mechanical keyboard. In addition to using Reds they are also low-profile switches. What this means is that they have a shorter travel, and the keyboard will have a lower profile than other boards. This is more than aesthetic as the keys will have less distance to travel back shaving off a few milliseconds between inputs that for competitive gamers can be the difference between a kill or a death. 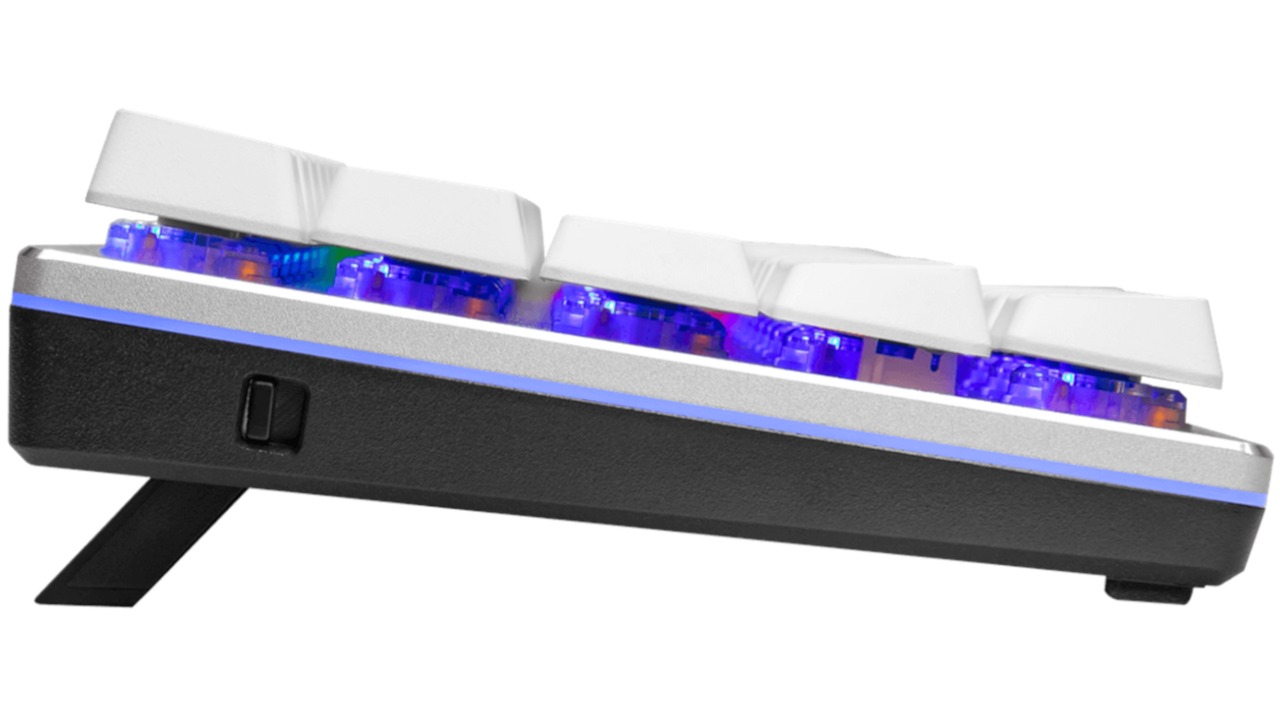 One of the biggest considerations for a mechanical keyboard is noise. Whether in a house shared with room mates or spouses or an office a noisy keyboard can be a significant source of irritation. Luckily, this board is not clicky as it uses Reds. Reds are known for their silent operation and these are no exception. If you do not like the quiet operation you can choose models using Blue or Brown switches.

This version of the SK622 is billed as the Silver edition but really it is the White version as most of the board is made up of the white keys. The solid aluminium base, solid as all heck with almost zero flex is a dark silver, but the backlit keys are all white. Of course if you have your own keycaps in mind you can swap them out as the box includes a keycap puller. Initially I was skeptical of the colour scheme - white is all the rage in PC design these days, just look at all the white builds popping up on tech YouTube, but it is an extremely attractive keyboard. However, a white keyboard will need regular cleaning. By regular I would suggest almost daily if you use it often and have pets because dust is going to accumulate. 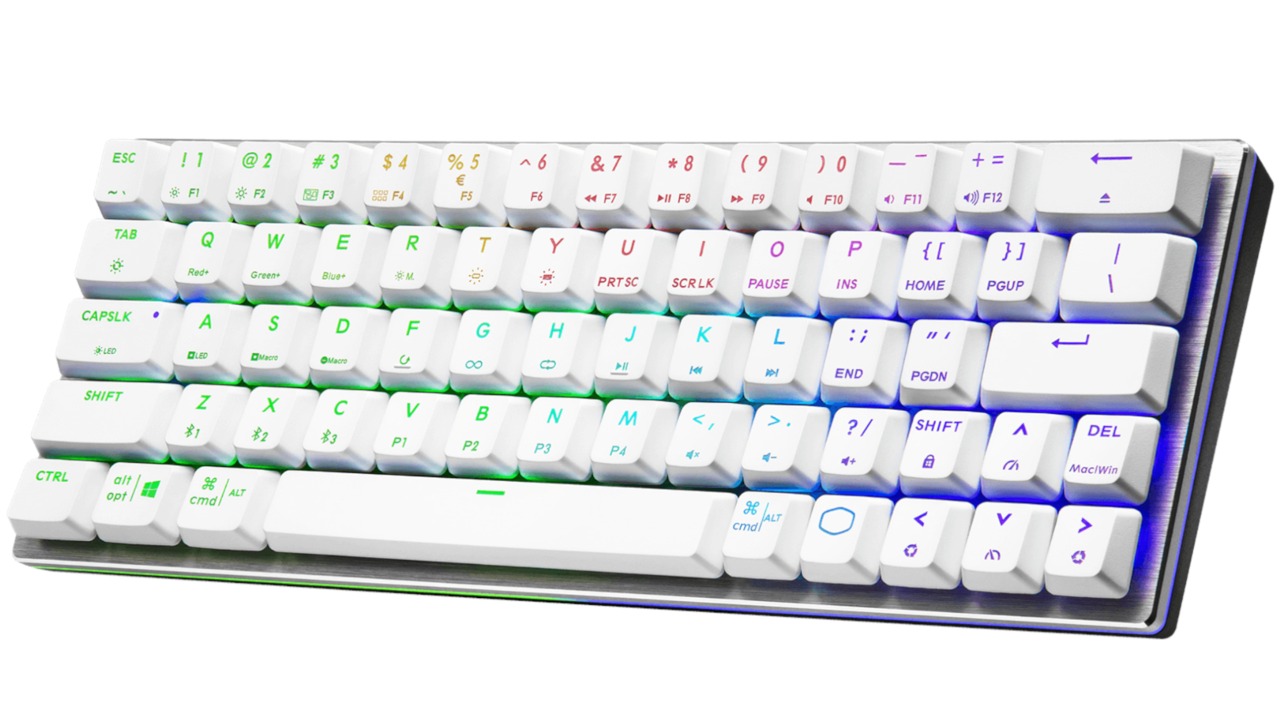 The white scheme actually helps with the RGB lighting. I normally dislike RGB even though it is especially useful in keyboards but shining through those white caps it is extremely attractive. The only gripe I do have with the RGB is that it is a tad dull. I tried adjusting it in the Cooler Master Master+ control software but could not adjust it to my satisfaction. However you do not need to use the software to adjust RGB, the keyboard supports Cooler Master’s On the Fly System allowing you to do just that with a couple of key presses.

The SK622 has won me over to the smaller keyboard crowd...

The keyboard is setup for use with Windows or Mac so you Mac users should be happy with it. In the box you will find a nice, white braided USB Type A to Type C cable for wired operation. Again the white cable is going to need some care and attention from dirt and dust. The cable will charge the internal battery (4000 mAh) making it ideal for use as a wireless board for a clean desk setup. It only supports Bluetooth wireless connectivity, so unless your desktop motherboard has built in Bluetooth, it is most useful in that mode with a laptop or a tablet. Pairing it was a bit finicky at first, it took me a couple of tries on the first pairing, but after that it was quick and easy, and I had no issues using it.

The Cooler Master SK622 is a pretty keyboard and a functional one too. The lightweight construction makes it perfect for portable use, but also for users looking for more usable desk space. The RGB may be a bit duller than it could be, but when paired with the white keycaps it is exceptionally pretty. But that beauty comes at a maintenance cost, you will have to make sure you keep it clean otherwise it will become dull and dirty. The SK622 has won me over to the smaller keyboard crowd and if you are in the market for a shorter board this has to be on your shortlist.
9

White keycaps are beautiful when paired with RGB backlighting

Bluetooth connectivity for use with more devices

RGB is a bit dull