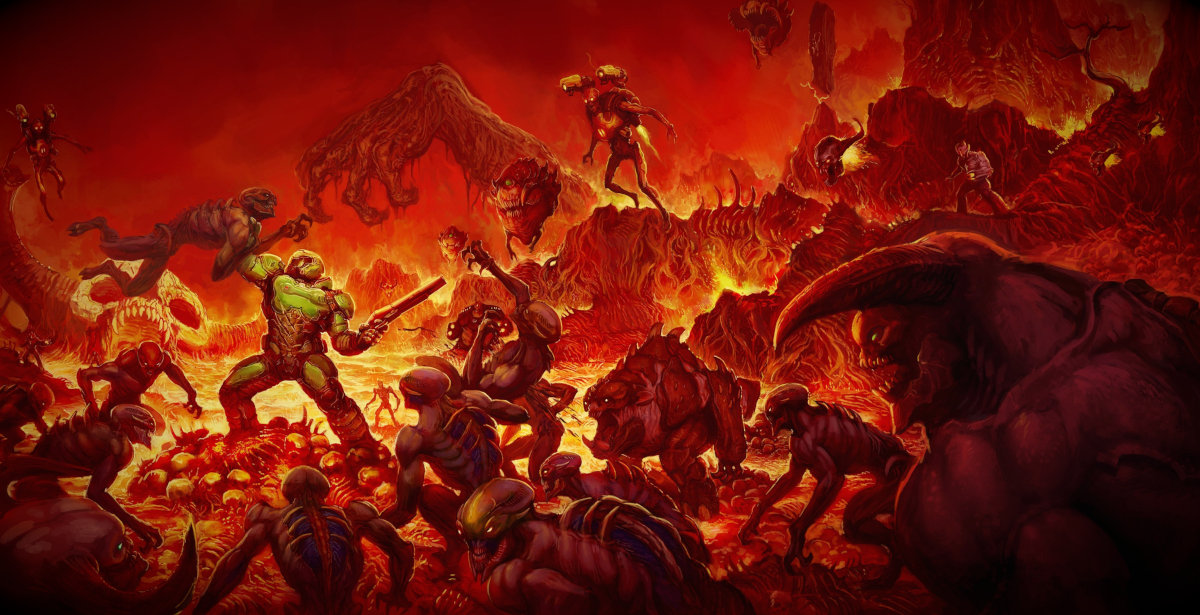 Following a 24-hour period that saw two deadly mass shootings in the US make the news globally (two of five that took place in that time frame), American politicians – forever terrified of upsetting conservatives and one of their biggest funders, the National Rifle Association (NRA) – turned to a dated and discredited excuse: violent video games are responsible for the upsurge in mass shootings. American president Trump stated, “We must stop the glorification of violence in our society. This includes the gruesome and grisly video games that are now commonplace."

Now I’m not going to argue against the connection as that has been debated, discussed, researched, and discredited since the 1990s. There are far more compelling lines of evidence that are completely ignored by politicians as it doesn’t fit their bullsh*t ideology. Instead, I wanted to tackle something in that statement that is factual – “gruesome and grisly video games that are now commonplace”.

This is an issue I always find tough to discuss with non-gamers or “casual” gamers (and I’m going to use that word to refer to many people whose gaming experience is limited to mobile titles). Video games as a form of entertainment are not unique in depicting violence - horror and action films did it long before video game visuals could be called realistic - and we now have the HBO-inspired trend to pack every new series to the brim with so much violence and sex, it makes the softcore porn that eTV used to air on Friday nights look PG-13 in comparison.

Unlike other entertainment media however, violence in video games is rarely used as the shocking culmination of events. Instead, it’s often a core feature, designed to be repeated over and over again, sometimes for hundreds of hours; often empowering the player with more elaborate or effective ways to commit violence as part of the progression systems. The outcome of this violence is - a good 95% of the time - the creative and/or gory death of your foe, be them demons from hell or human combatants. I found it easy enough to dismiss concerns if it’s the depiction of violence against non-human enemies in a fantastical or sci-fi setting, but there are dozens of games that involve killing humans, in real-world, near-future, or pseudo-historical settings. 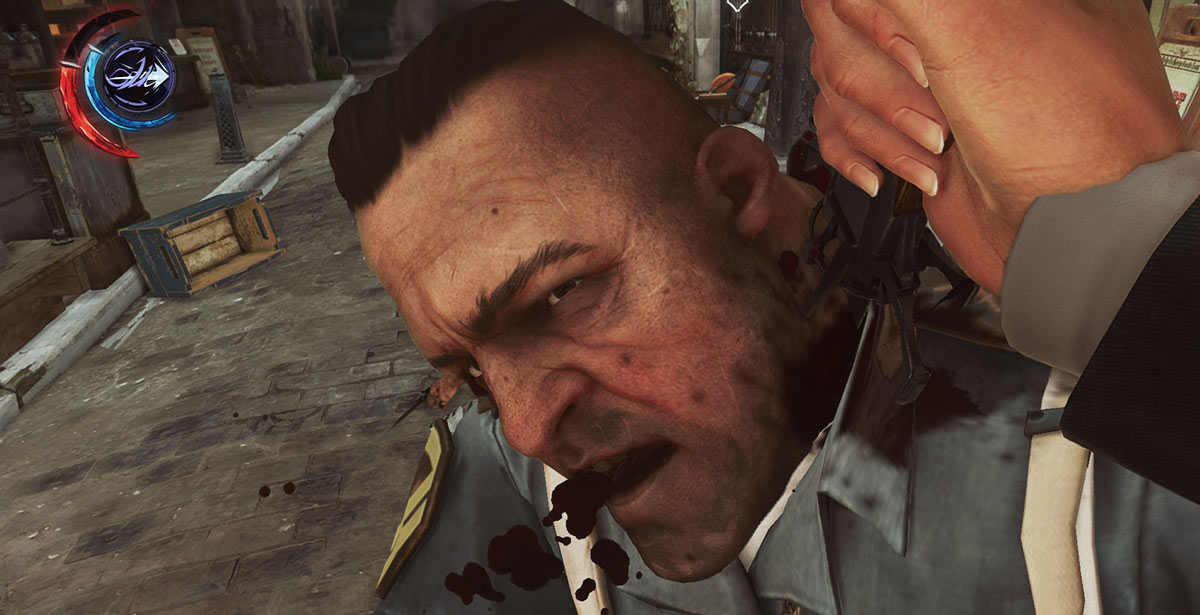 This is clearly the wrong way to play Dishonored 2, but the option is still there.

Even games that offer and encourage stealth and/or non-lethal approaches – Deus Ex, Dishonored, and Prey all come to mind – still offer spectacularly violent ways to dispatch your foes, if you so wish. These mechanics and visual feedback draw a lot of attention, and games like Doom (1993) and Mortal Kombat (1992) have the dubious honour of kickstarting the political interest that led to the implementation and enforcement of age-ratings for video games, quickly leading to self-regulation in the industry before government intervention.

I find myself conflicted when discussing this fact. I love taking the pacifist approach in games like Deus Ex: Mankind Divided and Dishonored 2 – the lack of games that offer a pacifist playthrough make me exceedingly proud of my scant few pacifist achievements - but I was still thoroughly satisfied after ripping and tearing my way through demons in Doom (2016) and bandits in Rage 2. I think for many long-time gamers, there’s a degree of detachment between gameplay mechanics and context that doesn’t exist for the outsiders looking in.

With all that said, my question to the community this week is simple yet complex, “are video games too violent?”

Should video games be left alone, seeing as they’re no worse than what we see in other media? Do developers need to think of other gameplay loops that don’t simply involve violence as a solution to problems? Do we just need to tone down the gore? Are indie games the only thing saving us from descending into savagery? Let us know in the comment below.

Lurch
@Tempest - that is something I agree with strongly. Gratuitous violence has its place (see Doom 2016), but can undermine the impact in many some games. I find the bloody scenarios in Modern CoD games are far less impactful than CoD 1+2 , where you had way less elaborate violence and gore, but those game still provided an unsettling feeling as you watched hordes of AI companions and enemies rushing into a meatgrinder situation.

Tebulot
Yes... but it stems more from a need to outdo themselves all the time. God of War 3 for instance was just utterly over the top, and not in a good way. Red pixels are not the problem, it's the CRUELTY that gets me. Making you dig somebodies eyes out and laughing is stupid. Kill if you need to, but make it clean. That's what they teach in the military. Killing is one thing, but enjoying it is another. Same with swearing. It's repetitive and cheap thrills.

vortex6671
I totally agree with Snow. Violence in games/movies doesn't bother me at all. Horror, on the other hand, has a severe effect on me. Nightmares, paranoia, just plain scared, these are side-effects of me being exposed to horror. I can only imagine some poor sap suffering the same symptoms due to violence they were exposed to, then turning it into something like a mass-shooting.

KnightFall500
Hell yes, some games are violent!!!
BUT, so are some movies & TV shows. Why don't they get called out???
Theres a reason games, movies & TV shows have ratings. Don't let your kid watch or play it if they are not old enough!! & before games it was heavy metal music.
I don't see why all of us have to suffer. Because some unstable/crazy person went on a shooting spree. & a Doom game was found in his gaming collection!!!

Snow
I think if some form of entertainment is too "x" for you, then don't expose yourself to it. Simple as that.

Blaze
I don't think Indie games aren't entirely capable of violence. Some of the most violent games I've played have been indie games (Hotline Miami, Hatred, My Friend Pedro, to name a few, and there's also a lot more to consider). But in the AAA market, I do agree that people have been somewhat desensitized to it in many regards. What could've been considered extremely violent over two decades ago - Mortal Kombat, Doom, etc. - is so tame in comparison to what we actually get now.

A huge factor in that is obviously how realistic games have become, which does yield its rewards, but regardless of whatever medium you tread into - music (Eminem, Marilyn Manson, and a number of death metal bands still make supremely violent music by definition), movies (I don't need to say more) - you could make the argument that "are x too violent?". At the end of the day, violence, as much as the politicians denounce it, does ultimately sell video games, push tickets for movies, etc. Tricky question, though.